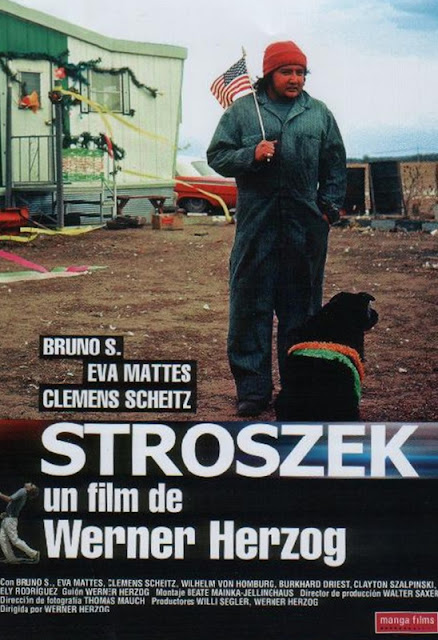 Stroszek (1977) is a weird and wondrous black comedy from the weird and wondrous mind of writer/director Werner Herzog. It’s the story of a slow witted ex-con from Berlin (Bruno S.) who immigrates to the frozen tundra of Wisconsin in a half-baked pursuit of the American Dream. There, amid a motley group of eccentric goofballs, Stroszek soon finds he has become just another victim of consumerism’s traps, and his innocent mind now must grapple with new complications he doesn’t fully understand. For Stroszek, America’s streets are not paved with gold, but with the ravenous financial quicksand of spring thaw in the Midwest. 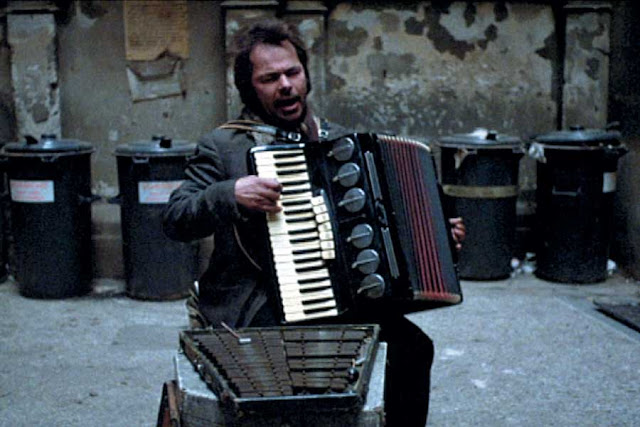 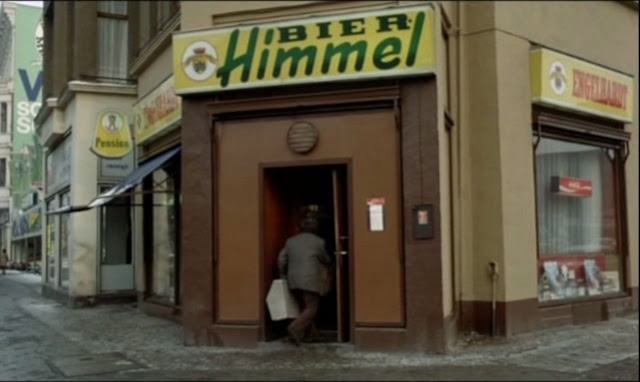 It's hard to watch Stroszek these days and not be reminded of the Coens’ hit comedy Fargo (1996). The two films revel in the same kind of aw shucks frosty lingua-franca while beneath friendly, smiling faces lurk coal-black hearts ready to prey on the next innocent victim. But Herzog’s European perspective gives Stroszek a more sardonic air, as the American characters seem like either Wall Street sharks or Deliverance inspired inbreds with little middle ground. America’s history of guns and land theft figures prominently among Herzog’s satirical targets, as Stroszek is drawn into an absurd - but potentially violent - dispute between two neighboring farmers. 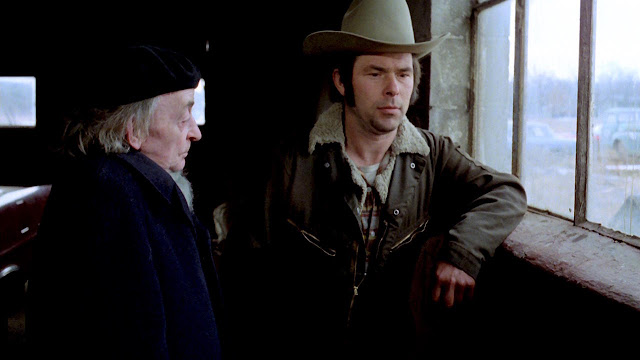 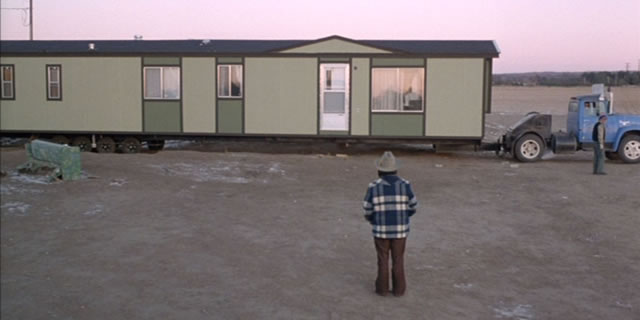 Stroszek’s improbable real life backstory is as interesting and outlandish as the film itself. Herzog chose to film the Wisconsin scenes in the town of Plainfield, home of Ed Gein, the most notorious serial killer of the 20th century and the inspiration for Buffalo Bill in Jonathan Demme’s Silence of the Lambs (1991). During off hours, Herzog roamed Plainfield’s back roads, researching a documentary he hoped to make on Gein, but the project was eventually abandoned. 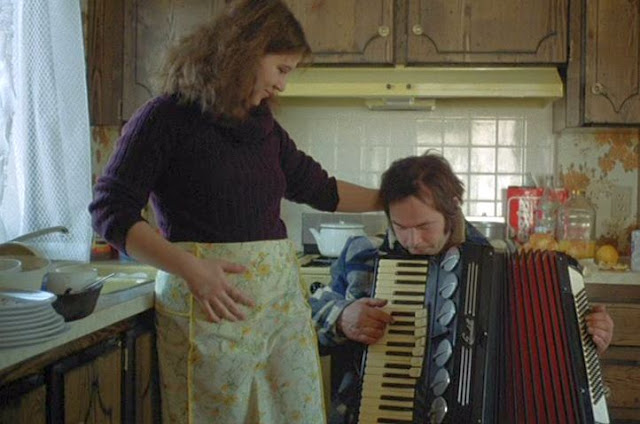 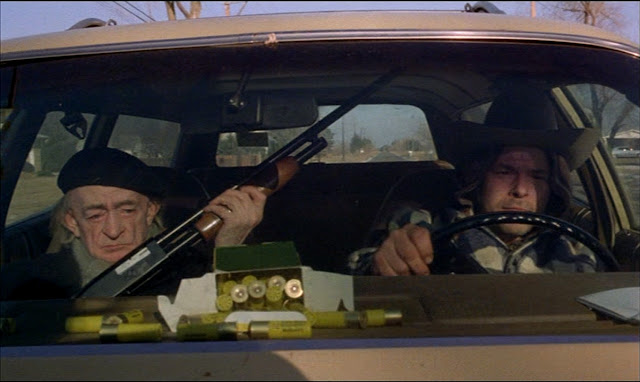 But the most amazing story belongs to Stroszek’s “star” Bruno Schleinstein. Born in Berlin in 1932, Bruno was the unwanted son of a prostitute and was shuffled among various foster homes. At the age of 8, he was surrendered to a Nazi research facility seeking mentally retarded children for a series of experiments. Bruno survived, but was committed to an insane asylum, where he lived until the age of 23. The shy, deeply withdrawn Bruno then eeked out a living as a street musician, sleeping in doorways and under bridges. 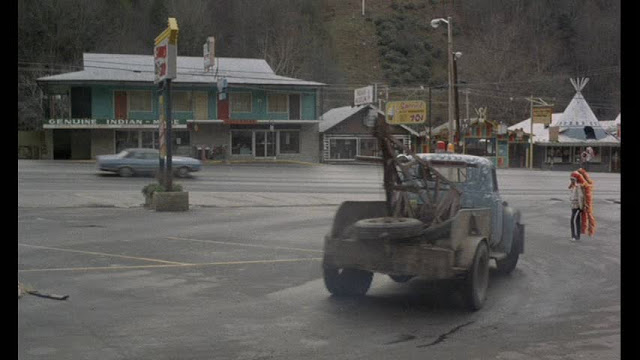 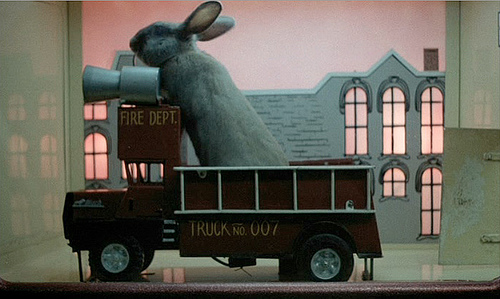 One night, Herzog watched a TV documentary on Berlin’s homeless, and was struck by Bruno’s unique presence. The director cast him in The Enigma of Kaspar Hauser (1974), and the rest was history. Schleinstein would act in several more films and become something of an avant-garde sensation. He was also a self taught painter, and a show of his work was held in New York City in 2004. When Bruno died in 2010 at the age of 78, Herzog declared “in all my films, and with all the great actors with whom I have worked, he was the best. There is no one who comes close to him. I mean in his humanity, and the depth of his performance, there is no one like him."

I haven't seen this film for 40 years, but I still remember it dearly. Very special atmosphere. Rypical vintage Herzog. Sorry to read Bruno is dead. Thanks for the post.