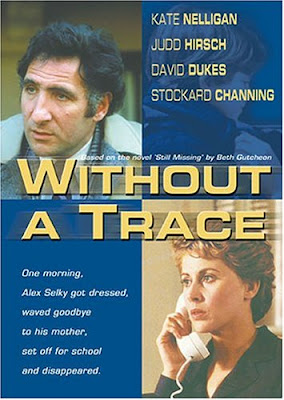 Reagan era yuppies cope with one of humanity’s darkest fears – the sudden disappearance of a child – in this grueling emotional thriller set in gentrified Brooklyn Heights. Kate Nelligan brings a vital edge of empathy to the role of Susan Selky, a college professor raising her six-year-old son Alex (Danny Corkill) with the occasional help of her estranged, philandering husband (David Dukes). One chilly morning, Susan kisses Alex goodbye and he saunters off for a typical school day; a school day from which he will never return. 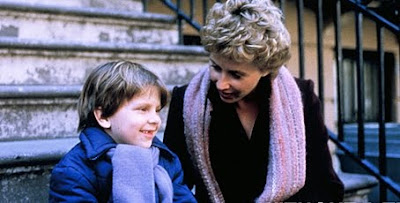 As darkness falls, Nelligan learns that her son never arrived at his class and in a helpless panic she turns to her friends and the authorities. We see Susan’s tidy and ordered life begin to spin out of control as the police, led by a veteran detective (Judd Hirsh) set up a command center in her fashionable brownstone. Tense hours are spent by the phone, waiting for a ransom call that never comes. These scenes are played in a quiet understatement, yet are nail-bitingly suspenseful. The ensuing silence becomes a haunting metaphor for the unseen malevolence that has stolen this woman’s dearest possession. 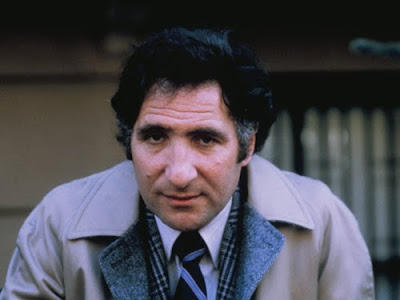 Susan’s efforts at a brave veneer are belied by an ever deepening sense of gloom and dread and with each passing hour Alex’s sketchy trail grows colder. The media becomes involved and, as they usually do, begin to turn the proceedings into a circus of sensationalism and innuendo. But Susan has no choice but to cooperate, as the talking heads eventually represent the only hope of unearthing clues to her son’s fate. 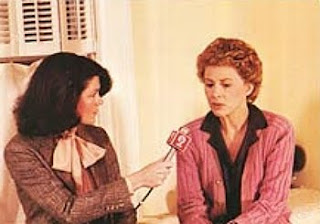 Without a Trace marks the only feature film ever directed by Stanley Jaffe, a legendary Hollywood producer with an impressive portfolio of award-winning pictures. Here he exhibits impressive narrative skills as well, presenting a terrifying film that is at heart a detective story. And while the movie detours occasionally into 1970s touchy-feely speak, we remain riveted to Nelligan and her attempts to find peace with her grief while bravely clinging to her fading hope. 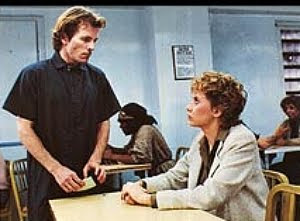 Jaffe is also not opposed to putting his audience through the emotional wringer, as a number of possible clues raise Susan’s spirits then cruelly and summarily dash them when those breaks turn into blind alleys. The arrest of a suspect on circumstantial evidence may satisfy Hirsh and company, but to Nelligan this turn of events creates more questions than answers. Then on a quiet autumn afternoon, a bit of seemingly insignificant evidence rises to the surface that sparks both skepticism and a fleeting glimmer of light in a blackened tunnel. 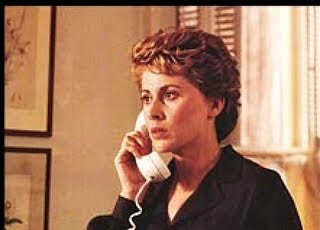 The film’s conclusion contains Jaffe’s only serious missteps in the entire production. He has built an intelligent and frighteningly plausible scenario, then in the final reel lays on the schmaltz with a spray gun; a paradox that costs the film a fifth star from this reviewer. Still, Without a Trace remains a well plotted, true-to-life drama that brims with exceptional performances. Yes it’s a manipulative emotional roller coaster, but what a ride.

Excellent. Fascinating review of a film I'd never heard of before. That's what I like so much about Budged Undies. Greetings from Amsterdam.

Many thanks Bob, and thanks for following