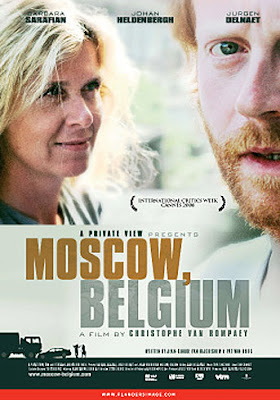 Alright…this red-blooded American has had it. First we lose our textile industry to China. Then we lose our automobile industry to Japan. And now the nation of Belgium is trying to steal our monopoly on insipid romantic comedies. Moscow, Belgium so thoroughly wallows in pleasant predictability it seems unfair that one should have to read subtitles to experience such mediocrity. Who knew brooding, caustic Europeans were even capable of such unrelenting blandness? They have learned their lessons well, these industrious Belgians, and if we don’t stay on our toes, they will soon corner the market on America’s last remaining export: Date Movies. Sure, you scoff now…but that day is coming my friends. And think of the devastation. Nothing but Flemish (and French, and a little German) spoken on the Lifetime Channel. “Oh it can’t happen here” you say. I ‘m here to tell you it can my friends!  Join me in my campaign to resist Belgian perfidy. Tell the Belgians to keep their waffles, their sheep dogs, their delicious full-bodied ales, their Congo and their massive horses. In turn, they must keep their endive-pickin’ hands off of our rom-coms. WAKE UP AMERICA! 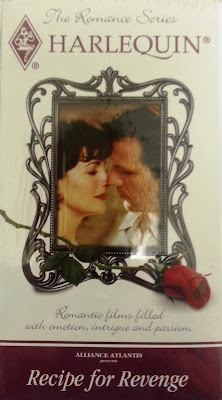 This helium-weight fluff is about what you would expect, perhaps even a little better than you would expect, considering its bodice-ripper origins. An exceedingly fine young lass (Kim Huffman) witnesses a murder and a burly but soft-hearted detective (Alex Carter) acts as her bodyguard while the sleazy miscreant (Corbin Bernsen, it was the 90s, after all) will stop at nothing to prevent her damaging testimony. You can probably guess what happens. At any rate, we rented this not so much for the story, but to see Huffman and Carter in action again. They were both featured characters in the great Canadian TV series Traders from the 1990s, which, for my money, was one of the best dramas in television history. Why this series has not been released on DVD is a curious mystery, but its an oversight we hope will be corrected soon. And while you're at it, release Carter's other series Black Harbour as well. That too was excellent (well the first two seasons, anyway). I guess this isn't a review so much as a cry for help. I'll shut up now. 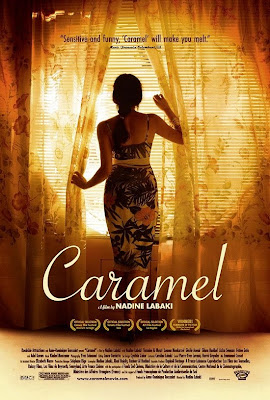 The unofficial movie subgenre of Romantic Comedy Where All The Protagonists Work Together At A Beauty Salon has no shortage of product, and this Lebanese import is one of the best. The talented Nadine Labaki directs and stars in this charming tale, where women of all ages and persuasions engage in that universal search for love, without a hint of sappiness or melodrama. And while the women experience inevitable disappointments along the way, they face their challenges with strength, grace, and a good-humored outlook. Some even find the love they seek, and in surprising places. It's also surprising that a nation with as tortured a history as Lebanon could produce a film uplifting as Caramel.

That's it! I'm not racing any more Belgian horses from now on!

Moscow, Belgium is a true gem.