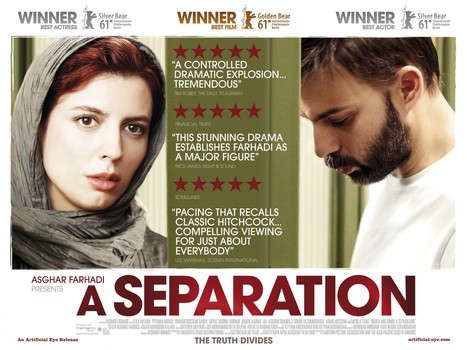 Watching A Separation, winner of the best foreign film Oscar in 2012, is kind of like stepping into a trap. Writer/director Asghar Farhadi serves up a delicious bait in his opening scene; a long, blistering take of an Iranian couple attempting to persuade a judge to grant them a divorce. Simin (Leila Hatami) and her husband Nader (Payman Maadi) have been wrangling for years to get an emigration visa. But now that they’ve finally been successful, Nader wants to stay behind and care for his father, who’s suffering from advanced Alzheimer’s.

Their window to leave will expire soon, and Simin wants to take their gifted daughter Termeh (Sarina Farhadi) to Europe for a better life before it’s too late. The scene, filmed from the unseen judge’s point of view, packs such frank believability that as Hatami and Maadi work themselves into a froth, decades of slights and disappointments come tumbling out with mesmerizing effect. The trap draws tighter, and the viewer is pinned for the duration. 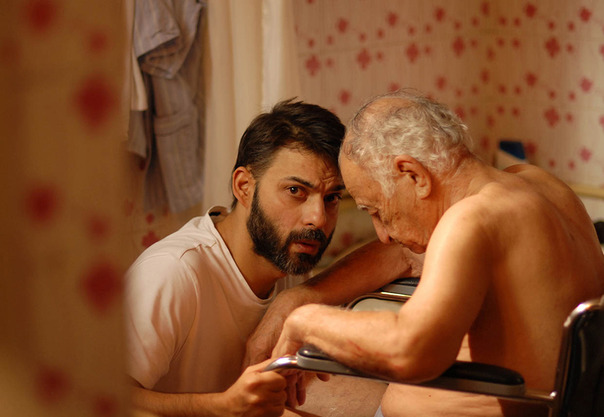 However, A Separation’s tentacles are just beginning to ensnarl. The story’s scope widens to reveal Farhadi’s loftier ambition. He has not set out to simply make a film about a troubled couple, but a multi-faceted mediation on families, generational change and the complicated nature of religious belief. When Nader must hire a caregiver to look after his father, he encounters an odd duck named Razieh (the brilliant Sareh Bayat), a traditional Islamist whose whining about her work is interrupted only by foggy periods when her mind seems to be in a mystical netherworld. 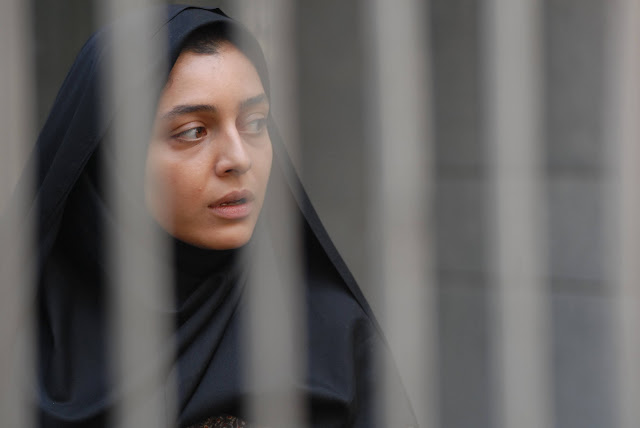 In Razieh’s opinion, religious strictures forbid her from doing a thorough job of caring for Nader’s helpless father. Along with her secretive nature, Razieh’s shortcomings eventually lead the harried Nader to an outburst of frustration, with serious, perhaps deadly, consequences. Farhadi continues to fold other elements into his hypnotic mix. Razieh’s husband Hajjat (Sahab Hossenni) is kind and earnest on the surface, but his inner turmoil will reveal dark and dangerous edges. He most directly embodies the societal and religious pressures that drive all the characters; pressures that eventually threaten to crush them. 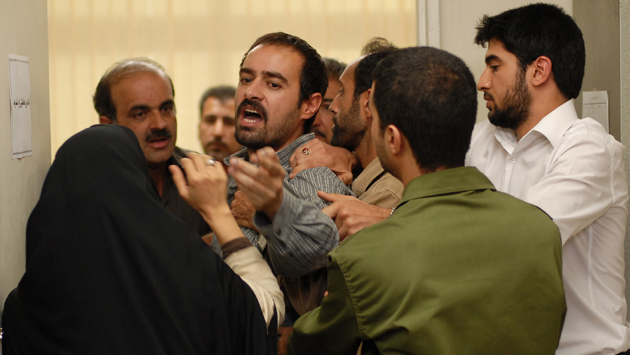 And just as an impulsive moment brings a world of trouble to Nader, audiences will be swept along by A Separation’s shifting characters and clever writing that builds like a crystal. Farhadi often frames his characters in doorways and windows, giving Nader’s simple apartment an implication of mysterious depths. This technique, championed and mastered by Ozu, evokes a sense of human spirit temporarily confined by societal restraints, but moving ever closer to the frightening freedom that lurks just beyond. Farhadi doesn’t condemn Islam as such, indeed the sense of universality he achieves within this starkly traditional setting is one of the film’s most impressive aspects. A Separation is a work of such assurance and skill it stands as that rarest of commodities; a film you don’t want to end.

Saw this with hubby and liked it - in that way you like depressing films. 8-)