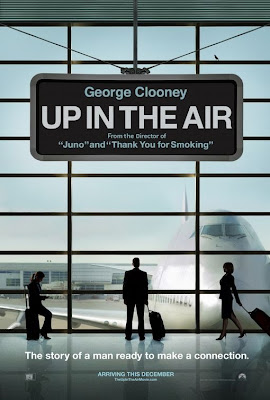 Here we have the typically quirky Indie Film template applied to grown-up subject matter, and the result is a movie that entertains but doesn’t involve. George Clooney stars as a freelance corporate grim reaper, a man who travels the breadth of this great nation canning middle management types with a highly professional style of faux sensitivity. Clooney relishes this life of airports, hotels and rental car kiosks, swiping his various elite status cards to break into long lines and rack up enormous frequent flier miles that he never intends to use. 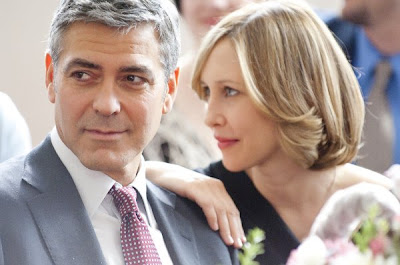 He begins a liaison with a fellow road warrior, the sultry Vera Farmiga, and the two occasionally synchronize their schedules long enough to share a few witticisms in varying states of undress. The film’s best moments belong to a young business school hot shot (Anna Kendrick) whose newfangled ideas about firing people via teleconference threaten not only Clooney’s livelihood, but his beloved lifestyle of high flying solitude. 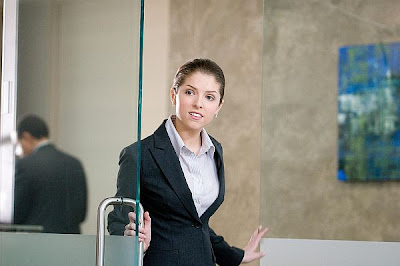 The movie seems to be most alive during Kendrick’s brief scenes, and it’s clear that director Jason Reitman is much more effective at creating 20-something characters than mature adults, as both Clooney and Farmiga seem quite bland in comparison. Clooney eventually has a slow burning epiphany sparked by his sister’s wedding and, due to some unconvincing sentimentality during a trip to Wisconsin, begins to question some of the underpinnings of his lonely existence. 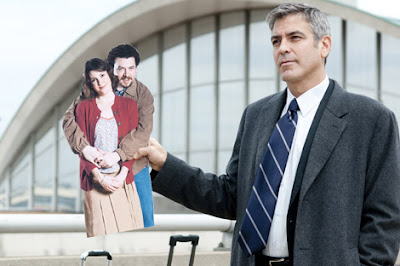 But Reitman handles big revelations with the same too-cool-for-school ironic detachment that he handles everything else, and Clooney’s moment of insight seems more like a blind alley than a turning point. In fact, while the film works as a source of pleasant entertainment, it’s difficult to surmise exactly what Reitman is trying to say with the whole enterprise. The film has garnered praise and award nominations aplenty, but if this is what passes for the Great American Film these days, it’s not just our economy that’s in the crapper.

Great review on Up in the Air. I had mild anxiety through the entire film and wondered if it was me or the film?

I agree with your review, in that it was far from the perfect film, but I felt that the main problem was the script's standard hollywood archplot, 3-act model.

But then, about halfway through, Reitman apparently decided he didn't want to make an interesting film which had something to say.

Instead he gave us the standard by-the-mill crap that we've seen more times than we care to remember.

The plot "twists" were painfully obvious all the way, and the ending was about as engaging as McCally Culkin getting back with his parents at the end of Home Alone. By that time I'd long since lost interest.

I watched it in a group, and was amused to notice that all the movie-buffs noticed this cliche-flaw, and sat correctly predicting what would happen from then on. The more "casual movie watchers" of the group, thought it was and amazing film, and couldn't understand how we could know what would happen all the time.


Still, the scenes of "real" people (ie. not professional actors) being allowed to express their anger for being fired on screen, were quite ingeacnious, and by far the best part of the movie.