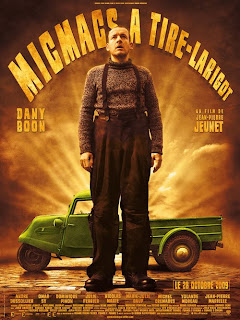 After a brief sojourn in Hollywood, director Jean-Pierre Jeunet has gone back to making French Films – thank goodness- and his latest effort is a charming, exuberant comedic adventure that rivals the visual inventiveness of his mega-hit Amelie. Micmacs is a fable just about perfect for our times: a group of circus performers, reduced to erstwhile rag-pickers by the global economic downturn, hatch a scruffy, yet elegant plot to bring down a couple of callous and egotistical war profiteers and, let me tell you, class warfare has never been so much fun. 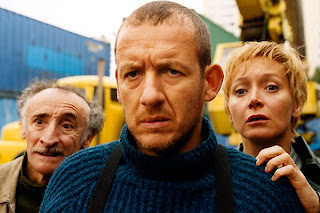 Dany Boon, France’s answer to Adam Sandler, stars as a well-meaning schlub whose life has been turned upside down by the effects of “collateral damage” from random acts of violence. He has endured the loss of his father and faces sudden death from a stray bullet lodged in his brain, all due to a few of the world’s multitude of deadly weapons falling into undisciplined hands. 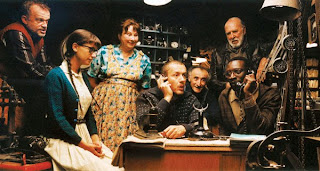 Boon joins forces with an exceptionally gifted band of dumpster divers, including a shy young woman with a calculator for a brain (Marie-Julie Baup), an eccentric metal sculptor (Michel Crémadès) and an acrobat of superhuman agility (Julie Ferrier, facemapped onto a real contortionist’s body). Their goal is to publicly humiliate and professionally ruin France’s two largest and most despicable arms dealers (Nicolas Marié and André Dussollier, the latter clad in an orange fright wig). 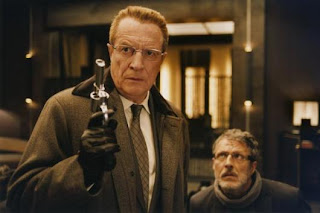 What follows is a grungy, do-it-yourself version of Mission Impossible, as Boon and company fashion hi-tech equipment from ordinary household discards and engage in a series of humorous and exciting adventures designed to fool the industrialists into competing for a large, and quite bogus, contract to supply arms for a fictional African coup d'état . 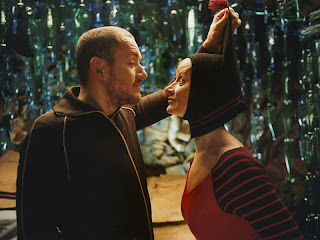 Jeunet and writer Guillaume Laurant cleverly set an irresistible trap for the unsuspecting executives, whose downfall is ultimately caused by their own arrogance and hubris. The action moves along briskly and, as in Amelie, the film is chock-full of quirky and amusing visual ideas. But Jeunet has not simply repeated his winning formulas, but clearly pays homage to other influences as well. Many scenes have the feel of classic silent comedies, as well a nod or two to the Coen Brothers at their breakneck best. But overall, the film is like a grown-up version of the classic Disney family comedies of the 1960s, where groups of kids banded together to extract revenge on a neighborhood grump. 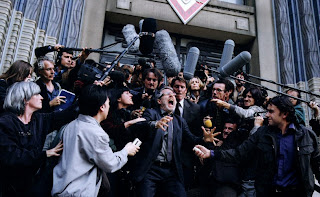 And if you're feeling a little grumpy in this summer of our discontent, the cinematically refreshing breezes of Micmacs may be the perfect antidote.

I watched this a couple weeks ago...and ever since have read nothing but negative comments about the film not having enough "heft" or "weight".

Glad you saw the same movie I did. A delightfully entertaining caper pulled off with Jeunet's patented style and charm to spare.

Thanks Lemmy. Yes, I've been reading some negative press as well. But I think Jeunet's back on track with this one.

While Jeunet is definitely back on his old stylistic track, the story was a bit of a let down, when compared to his earlier masterpieces. Unless his intention was to make a children's movie, that is.

That's kind of how I looked at it Tiger; an homage to kid's films updated to reflect the current economy.

Thanks for the comment. I plan to look around your site more when I have some time :)