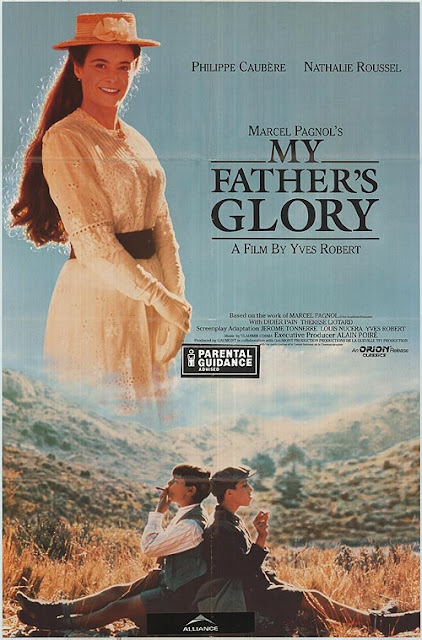 My Father’s Glory (1990) is a sun drenched, blatantly sentimental memoir of life in the south of France during the early years of the 20th century. Based on a novel by Marcel Pagnol, the film presents an idealized vision of childhood, as 11 year old Marcel (Julien Ciamaca) embarks with his family to a remote stone cottage near the ancient hilltop village of La Trielle, for one of those seemingly endless summer vacations the French so enjoy. Amid fields of sunflowers and a symphony of buzzing cicadas, city boy Marcel develops a deep appreciation for the beauty and poetry of the natural world, and the magic of these lazy days leads to stronger bonds with his parents (Nathalie Roussel and Philippe Caubère). Marcel also strikes up an abiding friendship with local boy Lili (Joris Molinas) who seems to know every square meter of Provence’s rocky cliffs and the habits of all its exotic flora and fauna. 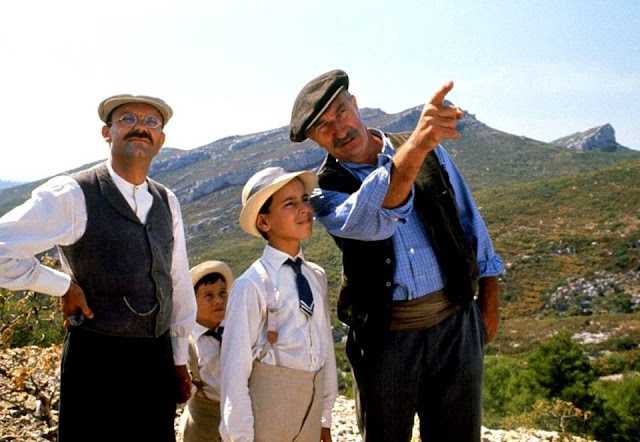 My Father’s Glory is a near perfect example of cinema as escape, escorting its viewers to a distant time and place through a rich feast of sensory delight. Its free flowing charm and graceful good humor will seduce even the harshest cynic, and soon have you believing in this old fashioned story of the world's wonders seen through a child’s innocent eyes. And we should believe it, for Pagnol’s real life closely mirrors the events in this film. His family did indeed spend their summers at a cottage in this area, and the prolific Pagnol set many of his works within a few miles of La Trielle. While he lived most of his adult life in Paris, Pagnol was buried in La Treille’s village cemetery in 1974, not far from the remains of his childhood friend David Magnan, the inspiration for the character of Lili, who was killed in battle during World War One.
at August 28, 2015