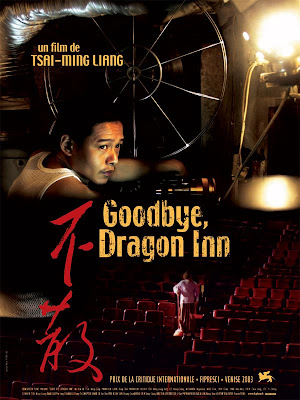 Tsai Ming-liang’s somnambulistic ghost story takes place in a seedy, crumbling Taipei movie palace, complete with a leaky roof and an abundance of feral cats. On the enormous screen is Dragon Inn, a popular martial arts action film from the 1960s. The theatre is virtually empty, save for a handful of restless patrons who to tend to aimlessly mill about during the show for no particular reason. 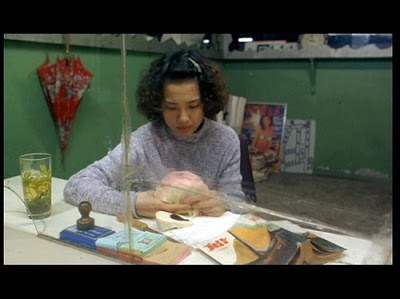 The theatre is run by a disabled woman, whose painful trips up and down the building’s serpentine staircases account for the only real action in the film. This is a difficult film to watch, an even harder one to understand, and there are times when you will be tempted to eject the disc and hurl it Frisbee style across the room. And this reviewer would not blame you in the slightest. But those who elect to tough it out will have their patience, if not exactly rewarded, at least vindicated. 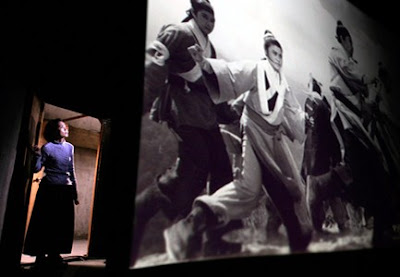 There are some beautifully composed shots here that are gorgeous to look at; good thing too, because Tsai sits on all of them way too long. Sometimes to the point of pain. There are allusions to other films as well, particularly the strange relationship between the theatre manager and the projectionist which has Wizard of Oz overtones, and Tsai’s obtuse way of pointing out all the magical elements audiences derive from cinema - sex, intrigue, fantasy worlds – and how only the cinema can deliver them. 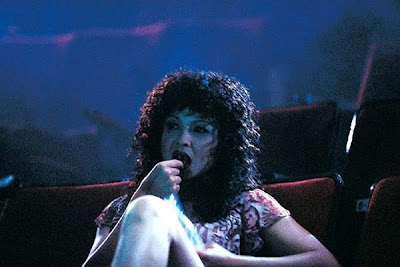 There are no doubt other references here as well, but gleaning those may be dependent on one’s knowledge of Asian cinema history, specifically Taiwanese cinema, and not only the movies themselves but the social act of seeing them in large, crowded hippodromes. 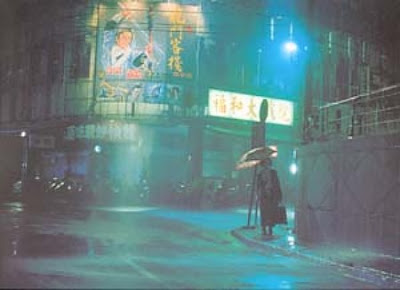 Perhaps Goodbye Dragon Inn is best described as Cinema Paradisio on a lethal dose of Demerol, and while this challenging film has some rewarding moments, it will cause most viewers to reach for their own medications.