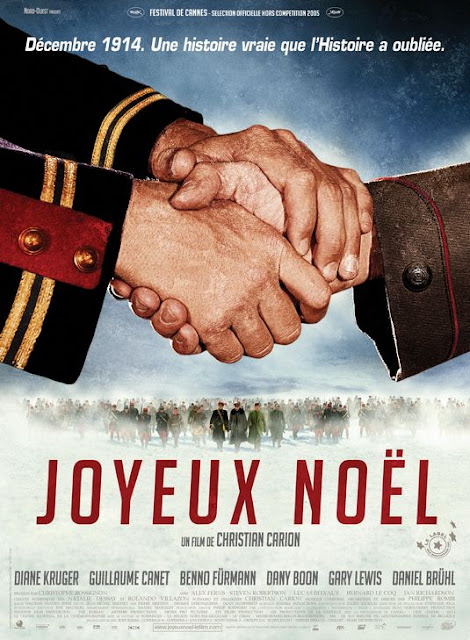 What if they gave a war and no one came?

That’s one of many compelling questions asked in Christian Carion’s WWI drama Joyeux Noel, now celebrating its tenth birthday. The film is loosely based on the legendary Christmas Truce - the factual details of which are quite murky - between German and Allied troops on the morning of December 25, 1914. After weeks of merciless shelling, brutal combat and an ever growing number of rotting corpses, a visiting German opera singer (Diane Kruger - voiced by the great Natalie Dessay) serves as a catalyst for brotherhood. Inspired by her carols of peace and love, a small group of soldiers warily emerge from their trenches and invite their adversaries to join in a celebration of Christendom's most sacred day. As the men slowly gather under the bright moon of a midnight clear, the Great War is transformed into the Great Cocktail Party, as these sworn enemies casually mill about sharing food and drink, off color jokes, weepy remembrances and faded photos of home. 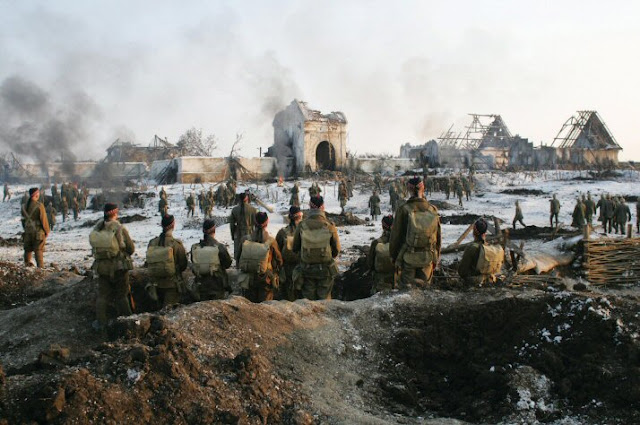 Through the men’s grimy and exhausted faces Carion poses the unasked question: "Why are we fighting?" It’s clear that other than the insignia on their tattered uniforms there is little difference between the warring factions. The soldiers realize - with stunning certainty - that they share a common humanity and culture. Yet, a few hours ago, the sides were exchanging a hellfire of bullets and artillery shells with the goal of complete annihilation. Meanwhile, word that peace has briefly broken out reaches the French and German commanders safe at the back lines, and they’re absolutely livid. The officers that called the truce are later severely reprimanded by their generals and face charges of conspiracy yet, ironically, it is those commanders who must now conspire with their enemy counterparts in order to get the hostilities underway again. They agree to purposely spread lies to dehumanize their respective enemies, and gin up their troops’ fighting spirits. 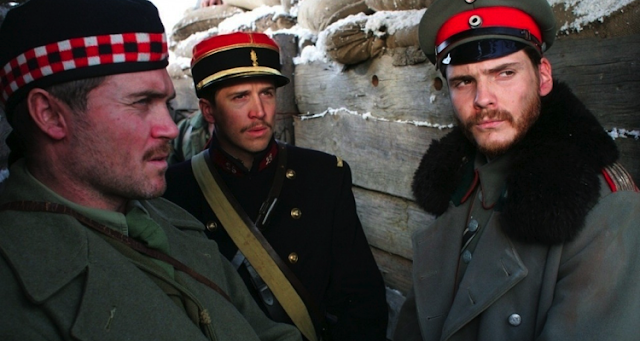 Joyeux Noel is a film that attempts to bring the hideous, multi-level madness of war into sharp relief, and it generally succeeds in its laudable aspirations. The film’s lengthy third act, which deals with the truce’s litigious and far flung aftermath, drags a bit as Carion tries desperately to tie up all the loose story threads he’s spun, with a few of the resolutions a bit too pat for complete credibility. Yet the film’s irresistible combination of misty eyed sentiment and grand existential conundrums resonated with audiences throughout Europe and North America. Joyeux Noel was nominated for an Oscar, BAFTA and Golden Globe in the foreign film category and six Cesar awards.
at November 09, 2015