Derek Jarman's The Last of England is being released today in blu-ray from Lorber. Here's my review of the standard def version, originally posted December 9, 2009

A naked man eats cauliflower from the garbage, a distraught bride attempts to rend her garment, and masked thugs with high-powered rifles patrol a burned out city in Derek Jarman’s hellish vision of the anxiety-ridden 1980s. Constructed as an abstract poem, both sonically and visually, “The Last of England” is a challenging, and at times virtually unwatchable film, that repulses and hypnotically seduces in equal measure. 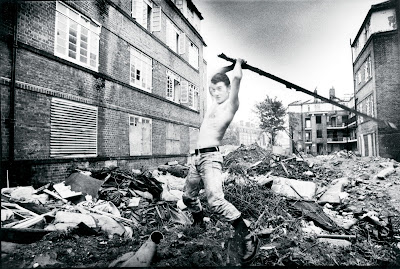 The result is an audience kept perpetually off balance. Jarman unloads vast stores of bile on Britain’s Tory government, while reveling in poignant sentimentality for his own childhood as well as a lost generation of young men ravaged by alienation, war and disease. Repeated images of heroin addicts evoke both disgust and sympathy for those who “seek amusement within England’s many walls”; meanwhile the middle-class is brought to the verge of destruction by “radioactive ice cubes”. 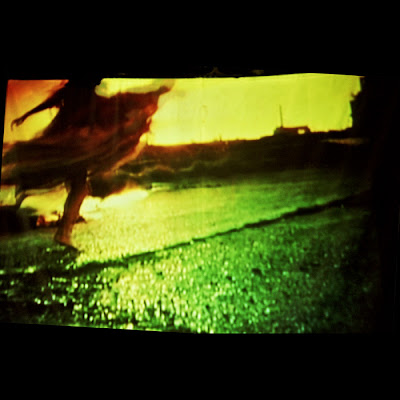 While many of the flashier editing techniques seem quite dated and clichéd, it is important to remember that this film is over 20 years old, and is reflective of a time when civilization seemed to be evolving backwards, and an era in which political power came to be concentrated in fewer and fewer hands. This was especially true in Britain, always a very class-conscious nation, and Jarman intensely explores the contradiction of rigid social stratification in a supposedly free and open society. 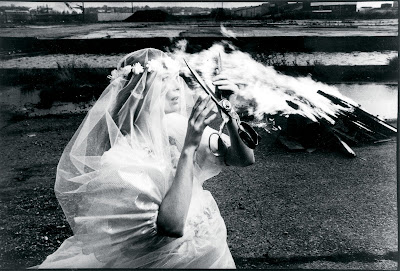 Through frequent allusions to Nazi Germany and the Blitzkrieg, Jarman draws stark contrasts between the steely, optimistic Britain of the 1940s and what he believed to be a nation of numbing conformity in the 80s. The changes in the political landscape during that decade have never been universally accepted, and are the true antecedents of today’s “culture wars”. 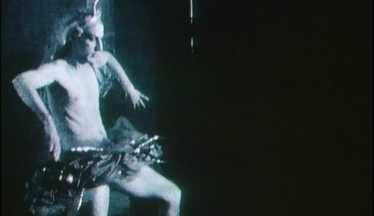 While Jarman’s film is at times too creative for its own good, underneath the baffling arty glitz is a clear and damning condemnation: Governments are quick to celebrate their successes, but never concede their failures.

LOL it should have been a young firm carrot

A wonderful review of an intriguing film, by a very woderful and much missed man.