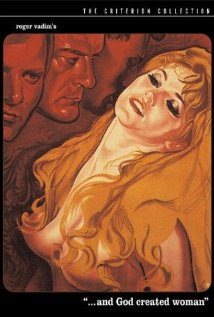 Roger Vadim’s coy strumpet of a film features the beautiful scenery of St. Tropez, and equally splendid vistas of young, barely legal, Brigitte Bardot. There’s not much else to it. Oh there’s a silly subplot about an evil businessman (Curd Jergens, love that name) who’s trying to steal the family land of Jean-Louis Trintignant, but the exact methodology of the swindle is so vague no one seems terribly concerned. It’s Bardot who focuses the mind here, and whether she’s riding her bike or dancing a steamy version of the mambo, she manages to drive all the male leads to distraction. And frankly, who could blame them?
Lovely, Still (2008)*** 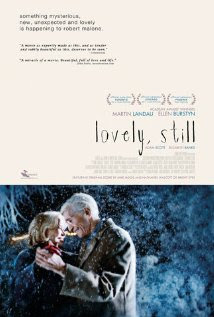 A promising look at senior citizen romance that gets a little too clever for its own good in the final reel. Credit young Nebraska writer-director Nicolas Fackler with extreme fortitude in marshalling the forces required to bring his vision to life, with generally competent and effective realization. Veterans Martin Landau and Ellen Burstyn approach their roles with the effortless grace of masters, while Adam Scott gets to play a good guy for once. The story is dependent on a humongous twist, one the will seem like either a shock or a cheat depending on one’s proclivities. But if you’ve ever wondered what downtown Omaha looks like decked out for the holidays, here's your chance.
Angel’s Fall (2005)**** 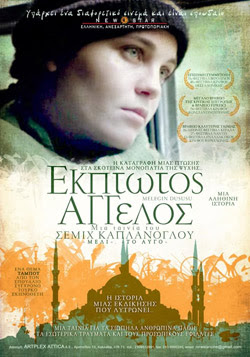 Those seeking escapist fare will want to look elsewhere, as Semih Kaplanoglu’s minimalist drama is about as bleak and depressing as they come. Tulin Ozen stars as the title character; an Istanbul chambermaid of such grim prospects you’ll probably wonder why she hasn’t shot herself already. The story revolves around a slow and ultimately surprising scheme for revenge, although the execution of that scheme offers little in the way of solace. The narrative has a few time shifts, so you’ll have to be on your toes and resist the film’s hypnotic torpor. While this reviewer found it satisfying, please be advised Angel’s Fall is a film of such austerity it makes the work of Kaplanoglu’s countryman Nuri Bilge Ceylan seem like musical comedy.
at November 26, 2011

I saw And God Created Woman on HBO when I was a teenager and was bitterly disappointed. I had been led to believe there would be a lot of nudity in a Bardot film, but all we saw was the side of her bum once. I don't remember it moving along with any kind of plot.

Yep, that's about right RH. The Bardot movies of this period - the few I've seen anyway - are like long, boring strip tease acts that never really go anywhere. The French were actually quite conservative about that sort of thing.

But the Mambo is sublime.