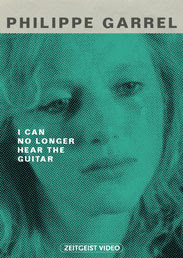 A bleak, probing analysis of the enormous lengths people will go to in order to make themselves totally miserable. The film is the story of Gerard and Marianne, whose romance is characterized by moments of deep tenderness interrupted by periods of boredom and paralyzing fear. 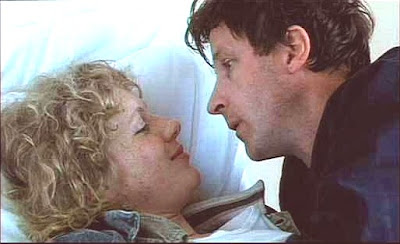 Gerard (Benoit Regent) is completely captivated by Marianne (Johanna ter Steege) who is beautiful, bewitching and 110 lbs. of trouble.
Since neither one really trusts the notion of happiness, their brief interludes of domestic bliss cause a slow-simmering panic in each of them, because, to paraphrase their friend Martin (Yann Collette): the worst part of happiness is being afraid you’ll lose it. The couple eventually split, then reunite in an extraordinarily touching scene filmed in, of all places, a toilet. But in the interim, Marianne has developed a destructive habit that pushes Gerard’s patience to the limit. The film then shifts approximately a year into the future, where Gerard has managed to build a new life with a gentle, loving woman and an infant son, but it’s clear he’s still haunted by his feelings for the magical Marianne and, much to his surprise, he hasn’t heard the last from her yet. While this sounds like a melodrama, director Phillip Garrel tells the story (based on his true experience with a pop-star girlfriend) with an intellectually engaging realism. 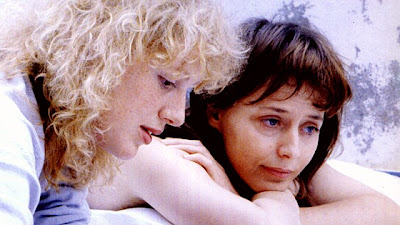 In a way, Garrel’s approach is reminiscent of an Andrew Wyeth painting; you get the sense that something has just happened or is about to happen, but we never see the critical moment itself. But that is often the way of romantic relationships; we don’t know something profound has happened until we are left sifting through the emotional debris of it’s aftermath. In all, a memorable film that affects your mind as well as your heart, and well worth a look from any fan of European cinema.

Email ThisBlogThis!Share to TwitterShare to FacebookShare to Pinterest
Labels: French Cinema, I Can No Longer Hear The Guitar, Johanna ter Steege, Phillip Garrel