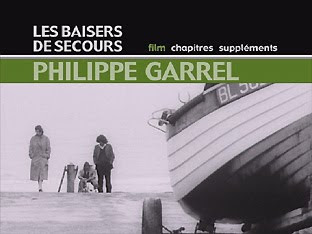 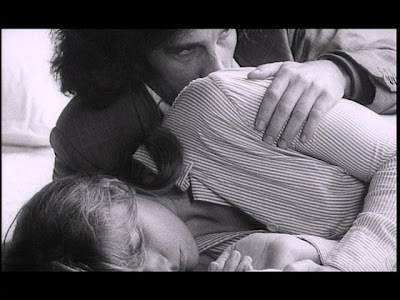 Anyway, with the introductions dispensed, we can now concentrate on the movie. Filmmaker Mathieu (Philippe Garrel, did I mention he is playing himself?) finds his domestic bliss imperiled when he decides to cast a famous actress (Anemone) as his wife in an upcoming film he is directing, despite the objections of his real wife Jeanne, who also happens to act in local theatre. 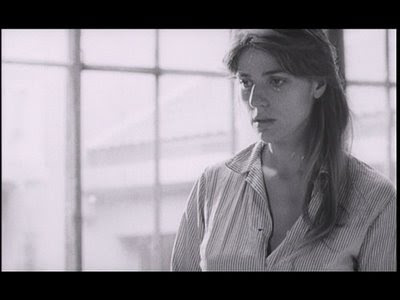 Like a complex display of fragile dominoes, this decision causes Mathieu’s life to slowly tumble down, leaving him alone and adrift with only his divorced dad to turn to for advice. Dad has had his own issues with philandering over the years, and is hardly a fountain of helpful council. The film chronicles Philippe’s efforts to rejoin with Jeanne and little Louis, but those efforts usually only compound the pain of loneliness and betrayal that haunts the estranged couple. 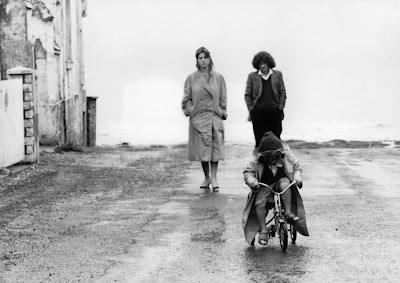 Shot in a murky black-and-white, Emergency Kisses has the look of early European cinema-verite, yet Garrel works in a tightly choreographed style; his long takes create a sense of inviting openness and make us feel like participants rather than voyeurs. There is more programmatic background music than is typical for this type of film, and the plaintive saxophone score serves as an effectively moody counterpoint. 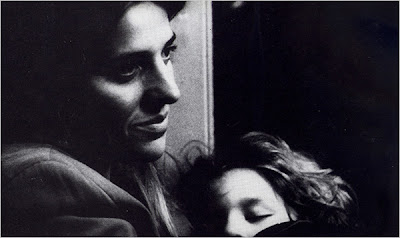 Jeanne may give Garrel a second chance in love, but the high cost of her shattered trust is captured by a brilliant bit of physical acting in the film’s finale. Jeanne realizes that the world abounds with temptations, often in the least expected places, and traditional notions of romantic love may not be able to withstand the challenges of modern life. Did I mention the film is French?

I definitely will NOT be cussing you out for this review. I love all things French. French Dressing being at the top of the list. Tee-hee. I will try to look for this on Netflix. Looks interesting.

Thanks Tameka, I hope you enjoy it.