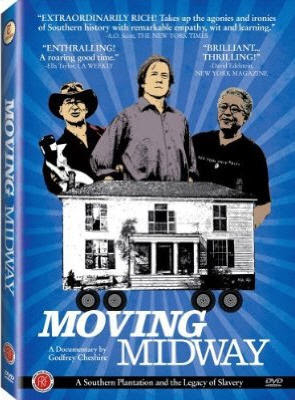 What starts as a straightforward documentary about the logistics of safely moving a large historic home, eventually morphs into a profound and inspirational story of racial and cultural healing. Faced with commercial encroachment from the rapidly growing Raleigh suburb of Knightdale, Charlie Silver plans to move his family’s 200 year old home, known locally as Midway Plantation, several miles away to a more quiet and verdant site and away from it’s current frontage on busy Hwy 64. 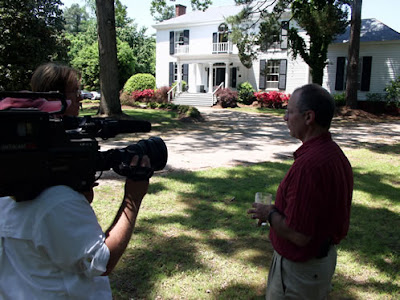 Silver’s cousin, NY based film critic Godfrey Cheshire, chronicles the plans and preparations for this herculean task, and at times the entire idea seems like an insane folly. But Cheshire’s research into his family tree reveals an unknown and surprising branch, one that unites his relatives with the present day descendants of the slaves that originally built Midway. 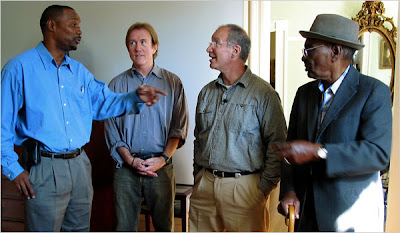 As moving day approaches, Cheshire seeks out those that share his bonds of blood and history, and a number of happily tearful reunions occur. Meanwhile, the plantation house is slowly lifted from its centuries-old moorings, and a new, much richer, chapter of this family’s history begins. 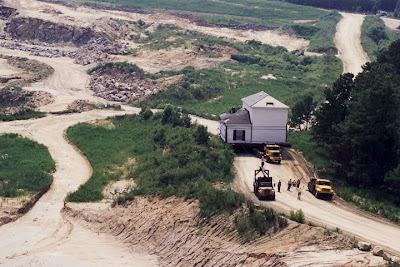 Moving Midway is a fascinating amalgam of Fitzcarraldo and Roots and offers clear and welcome evidence that the American South, like Midway Plantation, is ready to reconcile and move on.