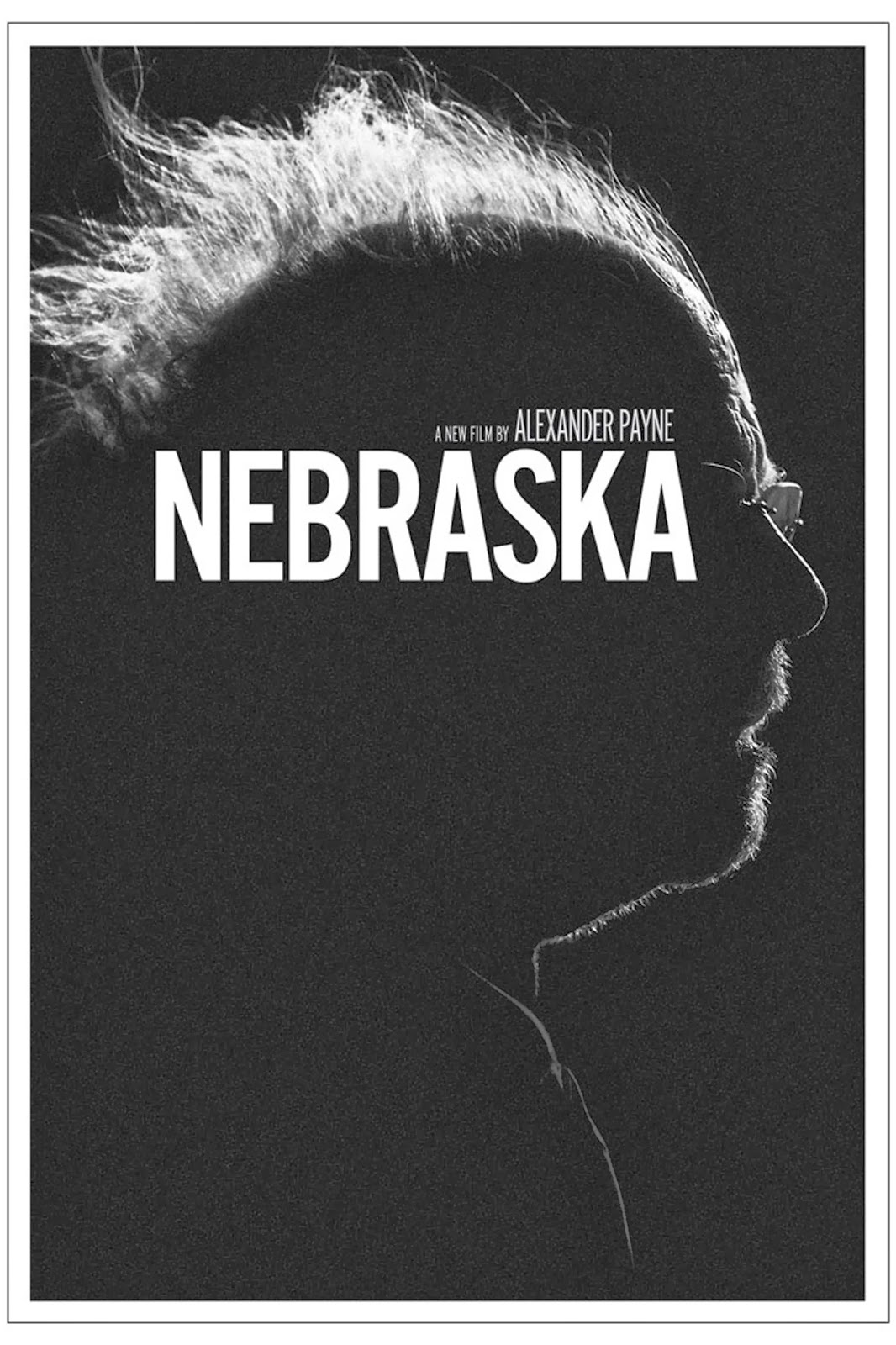 The TV series Gunsmoke ran 20 years and a mind-boggling 635 episodes. During that span, no villain uttered the words “Marshall Dillion” with more menacing disdain or posed a graver existential threat to the good people of Dodge City than actor Bruce Dern, who appeared in four episodes in the early 1960s. These shows provided the world with some of the first glimpses of Hollywood’s new wunderkind of evil; an actor with a Faustian gift for creating characters from the darkest recesses of the human soul. Now, fifty years and well over a hundred roles later, Bruce Dern is unquestionably America’s favorite psychopathic sleaze ball. 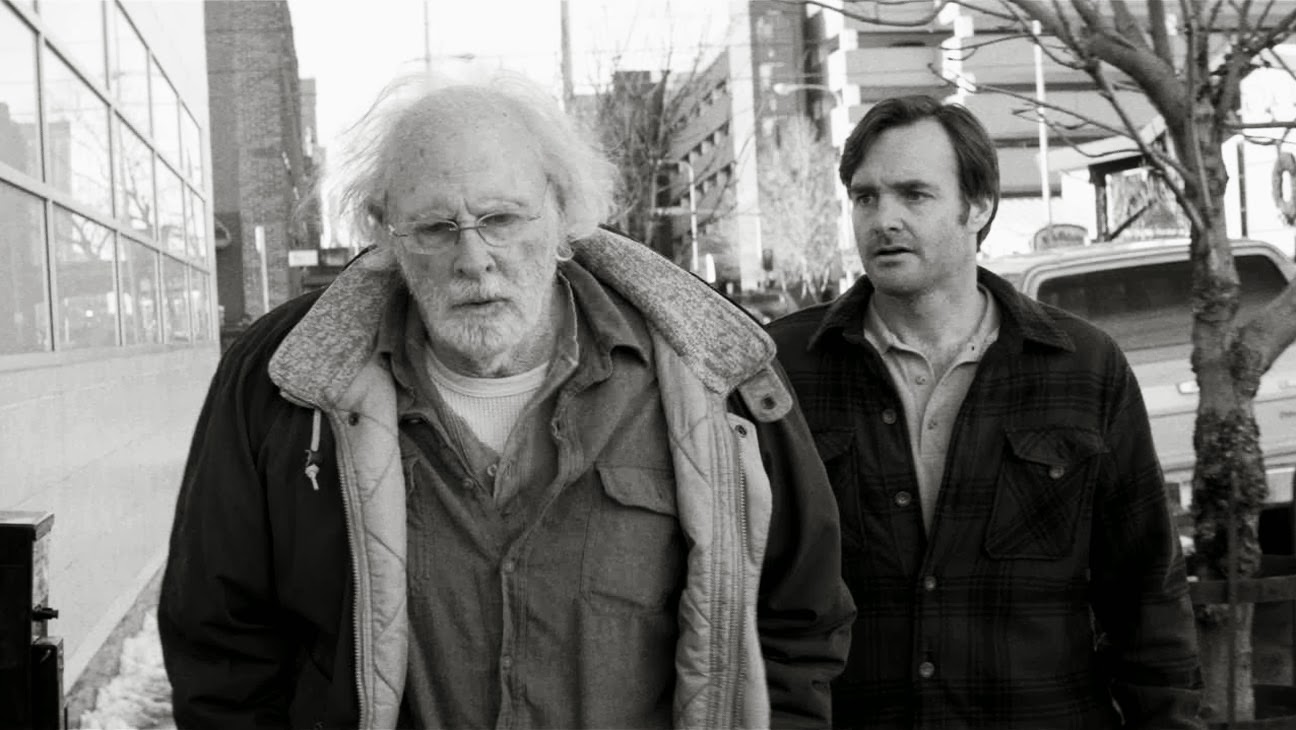 Alexander Payne’s Nebraska is a fitting bookend to Dern’s career, although at age 78 the actor has new projects in the works and shows no sign of slowing down. This time Dern’s mentally unbalanced effects are put to service crafting a moving, and at times hilarious, portrait of the early stages of senility. Dern plays Woody Grant, a retired mechanic whose age and history of heavy drinking have left him with a mind as jumbled and unkempt as his thinning shock of white hair. He is watched over by Kate, his crusty battle ax of wife (June Squibb, who nearly steals the movie) and his earnest but floundering son David (Will Forte) a forty-ish electronics salesman. 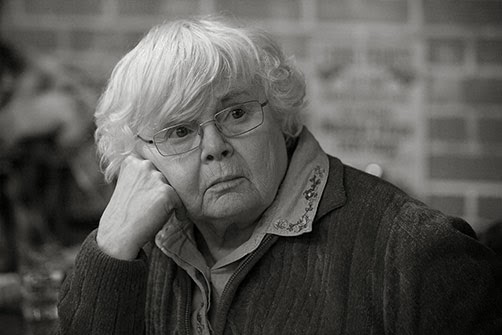 One day, Grant receives a piece of junk mail hawking magazine subscriptions. Enclosed is an official looking piece of paper declaring that he may have already won a million dollars. Believing the come-on to be real, the foggy Grant becomes obsessed with journeying from his home in Montana to Lincoln, Nebraska - the point of origin of the mailer - to claim his prize. Despite realizing his father has been suckered by a fraud, David agrees to drive Woody to Nebraska, hoping for some quality time as his father’s days draw short.

While set in the present day, one could argue that Nebraska shares many elements of the classic westerns that launched Dern’s career, including rich black-and-white photography and an epic journey through the badlands in quest of fool’s gold. As David and Woody hit the road bound for Lincoln, the pair stop for the night in Hawthorne, Woody’s hometown and repository of dark secrets from his distant youth. Hawthorne is a one street burg with a strange resemblance to a frontier town, complete with blue-collar saloons and a newspaper office. 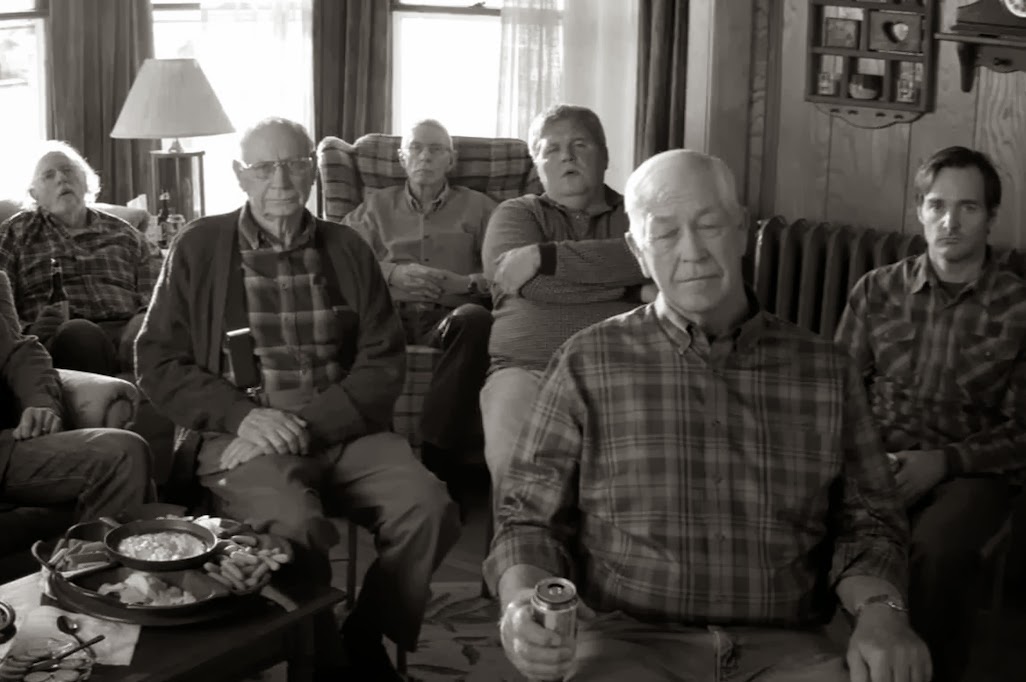 Payne’s most recent features, Sideways and The Descendants, have established his skill at finding light-hearted yet poignant angles in rather ordinary lives. Nebraska’s tableau of people and places carries this process a step further, revealing uncomfortable aspects of modern Americana though gentle humor and painfully accurate characters. Eventually, an entire clan of taciturn Grants assemble in Hawthorne to celebrate the supposed good fortune, laundry lists of Woody’s debts - real and imagined - in hand. As these rural dullards gather around the TV for an afternoon of football and fried chicken, Payne creates a memorable sequence of suppressed family tension that resolves in a sort of redneck call and response that’s hilarious because it’s so true. 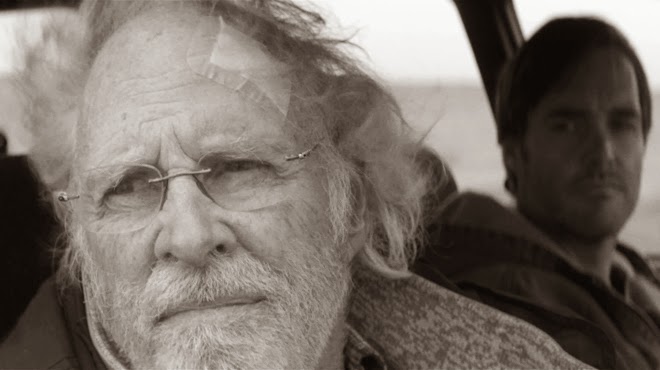 Near the end of The Descendants Payne showed signs of breaking through his own delightfully quirky clutter and delivering powerfully real emotion. In Nebraska he drops all facile airs and tells a very simple story that’s rich with the frailties and foibles of humanity. While Woody and David wander off on their aimless ambles, a generation reaching their own golden years revels in the pathos and irony as Bruce Dern, who has gleefully terrorized audiences for a lifetime, now bumbles along a weedy railroad track, seeking his lost dentures in the fading twilight.
at January 26, 2014

Great write-up, I'll have to check this one out.

Thanks for this enthusiastic review. Nebraska is on my to-see-list now.

It's much better than I expected…humor and sentiment.