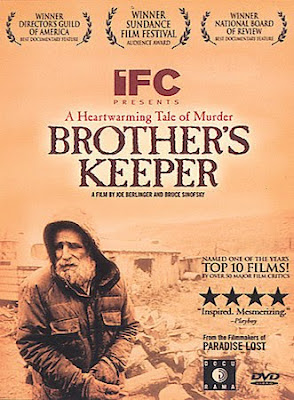 Brother’s Keeper is a wrenching documentary about the disconnect that sometimes exists between the letter of the law and the spirit of justice. In rural Munnsville NY, the Ward Brothers have lived as eccentric bachelor farmers for over 60 years, residing in the same squalid farmhouse where they grew up. Despite questionable hygiene and rustic mannerisms, the Wards have always been fair and pleasant to their neighbors, who regard the brothers as good natured and basically harmless village idiots. 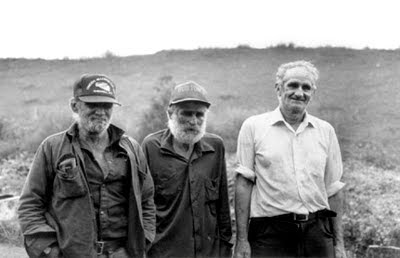 When brother Bill, who has long been suffering from a mysterious and debilitating ailment, is found dead one morning, the authorities launch an aggressive investigation resulting in an indictment of brother Delbert for second degree murder. Bereft of physical evidence, NY State Police coerce the frightened and illiterate man into signing a confession. But Brother’s Keeper is so much more than a legal drama. 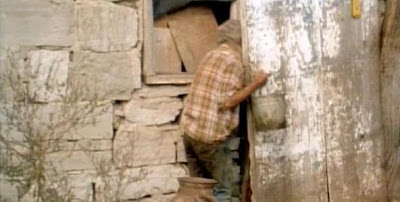 Filmmakers Joe Berlinger and Bruce Sinofsky, both former assistants to cinema-verite masters the Maysle Brothers, slowly reveal the bizarre world of the Ward brothers; an innocent, child-like world of cornfields and pampered livestock, of abandoned school buses converted to chicken coops, of crumbling barns and rusty tractors. Above all, a world far removed from modern conveniences and cultural influences. But the legal system, as presented here, turns out to be just as bizarre and byzantine. 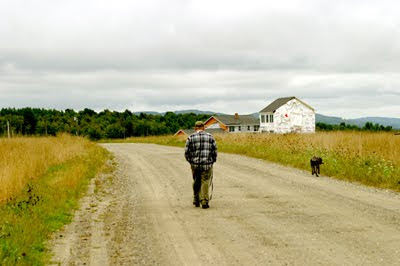 Sensing that public opinion is turning against him, the prosecutor, with the aid of the media, begins a whisper campaign to discredit the Wards, hinting that the slow-witted men are involved in everything from incest to a conspiratorial cover-up, all without a shred of evidence. Meanwhile, powerful and wealthy developers have coveted the Wards' land for years, and the townspeople suspect this may be the real motive for the state’s relentless pursuit of the case. Ultimately this story, which on the surface seems as simple as Delbert Ward's mental processes, is actually a complex tale of multiple conflicts: urban vs. rural, educated vs. ignorant, pompous vs. modest. 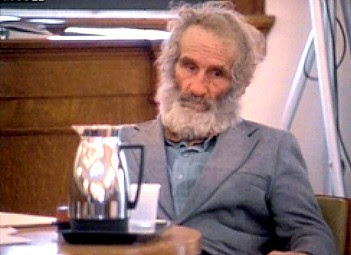 But the American justice system guarantees the Wards one last chance at redemption - their day in court - and here all is finally revealed, but at great cost to the participants. Berlinger and Sinofsky went into deep personal debt to bring this astonishing story to the screen, but their risk has rewarded audiences with a film that is by turns amusing and appalling, but never less than unforgettable.