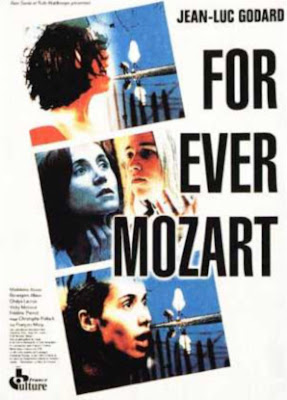 For Ever Mozart by Jean-Luc Godard is, not surprisingly, complex and meditative and often feels like a mature, restrained version of the director’s absurdist classic Weekend. Here Godard deals with two of humanity’s diametrically opposed instincts – the desire to create versus the desire to destroy – and indirectly makes the case that the two impulses have, at least thus far in our history, fought to a stalemate. 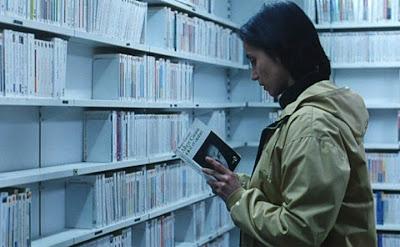 As usual for Godard, the narrative only serves as a backdrop for his sometimes pointed, sometimes deeply obtuse observations on art’s struggle for relevancy in modern society. A Parisian couple (accompanied by their Algerian maid) decides to venture to war-torn Sarajevo to stage a version of Musset’s No Trifling with Love, an obscure French drawing room comedy from the 1800s. The idealistic trio goes about their plans and preparations with naïve earnestness; they genuinely believe this production will be a great help to a devastated city in dire need of basic food and fuel. 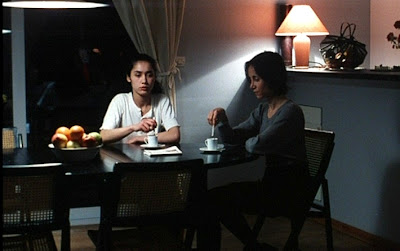 In a concurrent storyline, an aging filmmaker (Vicky Messica, a thinly disguised version of Godard) deals with competing agendas and public apathy while attempting to complete his latest project, an experimental film called The Fatal Bolero. As he struggles for financing and artistic control, he must deal with the whims of an egotistical writer (Harry Cleven) and a shady, debt-ridden producer (Michel Francini). 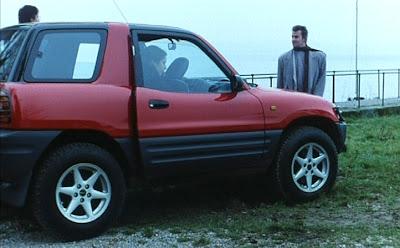 Eventually, the troupe departs for Sarajevo, but along the way their Renault peters out – broken cars and seedy auto repair shops are recurrent themes in Godard’s oeuvre – and they must proceed on foot, through forests, fields and muddy swamps. They take refuge in an isolated farmhouse only to find it’s the hideout of a renegade Army unit, who wield their tanks and rocket launchers with reckless abandon. 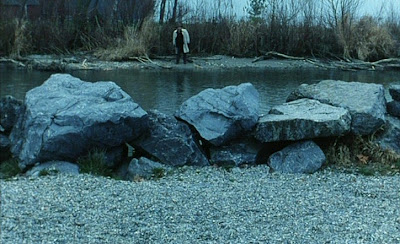 Godard draws distinct parallels between destruction and creativity, particularly how each can only exist in the proper context. An undisciplined pack of heavily armed soldiers can only make sense in a setting of anarchic devastation, while a performance of a Mozart sonata belongs in a rarefied air of stately decorum. The only place the twain can meet, according to Godard, is at the cinema, and only in a state of reluctant tension. At the premiere of Messica’s carefully crafted film, the majority of the patrons bolt from the theatre immediately upon hearing that the movie features an insufficient number of explosions. 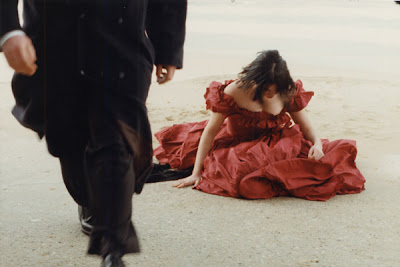 And many viewers will be tempted to bolt from this DVD as well. But that urge is to be resisted, for along with its bewildering moments of impenetrability, For Ever Mozart features above all a great lyrical beauty. It’s a challenging, moody film that provokes without insult and gently encourages reflection instead of childishly demanding it.