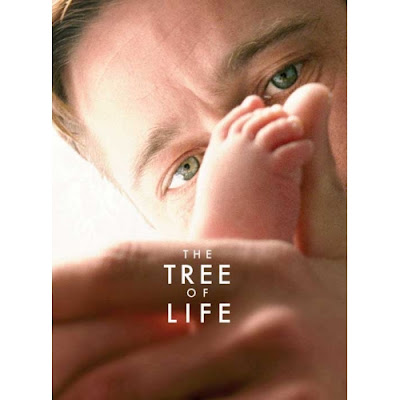 Terrence Malick’s Palme d’Or winner The Tree of Life is a film with the courage to reach for the sublime, and for the bulk of its 139 minutes achieves it. Set in a leafy suburb of Waco, Texas, the film combines scenes of family life in the 1950s with spectacular imagery from the dawn of time, creating a mosaic of emotions, childhood memories and primordial ooze. This palette allows for exciting and jarring juxtapositions, as Malick exploits the scale differences of the awesome power to create worlds with the frail humans who attempt to impose their will on that power. 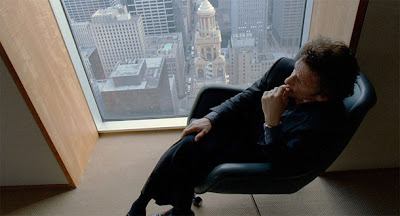 This impressionistic patchwork is driven by the present day mental reveries of Jack O’Brien (Sean Penn), a successful middle-aged architect who roams a steel and glass skyscraper jungle. Jack is filled with questions, doubts and regrets, and over the course of the film we will learn all about his loving mother (Jessica Chastain), and his frustrated father (Brad Pitt). But Malick shifts points-of-view frequently, and at times his audience is wired into the thoughts of both parents as well. This device keeps viewers slightly off balance, and keenly aware that The Tree of Life is an accounting beyond the standard, expected level of human experience. 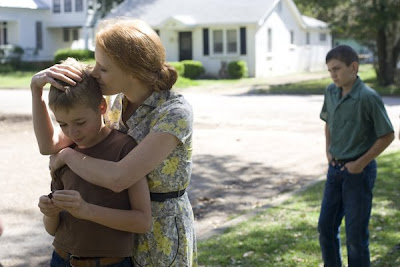 Chastain’s character supplies the connective tissue for The Tree of Life’s disparate elements. As a velociraptor shows surprising mercy to an injured creature in a prehistoric rain forest, the hot Texas wind of the Eisenhower years buffet Chastain's ginger tresses as she receives news of a death in the family. Chastain’s whispered questioning of God draws us into the film’s complex web, and she aimlessly walks the tidy neighborhood in a trance of extreme despair. Later, when young Jack (Hunter McCracken) is haunted by the confusing impulses of puberty, Chastain becomes combination mother-confessor and Can-can girl.

Malick’s tread into the darkly forbidden is thankfully cautious and careful, and in keeping with the film’s elegant style of visual shorthand. The story is told through sweeping snippets of scenes, with cinematographer Emmanuel Lubezki’s steadicam swirling and circling like the harried gatekeeper of a dream. This technique cleverly evokes the subjective, fragmented nature of distant memories and, as Nestor Almendros did for Days of Heaven, Lubezki’s work elevates this film into the range of myth. The often heard criticism that The Tree of Life is a slow paced film is belied by the enormous swaths of ground Malick’s story covers. In a pivotal moment, Jack becomes aware of mortality after an accident at a municipal swimming pool, and the film proceeds from trauma to burial in just a few quick transitions. But none of scene’s power is lost; as Pitt and his sons trudge away from the cemetery their stunned, chastened silence the film’s most powerful interaction. 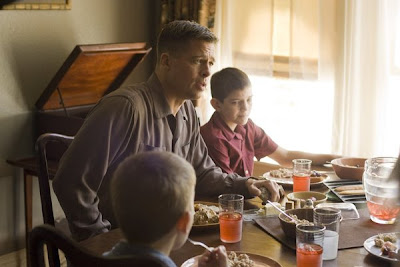 Malick uses edit points as brush strokes, layering tension and mystery. The Tree of Life has been described as cinematic impressionism, but pointillism is a more accurate comparison. Each truncated moment serves as a pinpoint, eventually forming a representation of a much larger reality. When the director occasionally strays from this approach, it seems like a misstep. Pitt’s Mad Scene, where he applies a brutal, and seemingly uncalled for, discipline, follows a literal timeline that feels like a discard from some other movie. Yet, at other times, the story grants too little information. Pitt apparently becomes a pilot at some point in his life, which seems a strange transition for a chemical plant manager. But Malick has a habit of defiling his best work with odd, presumably intentional, eccentricities; in Days of Heaven, a steel mill boss killed by Richard Gere in the opening scene comes back to life as a background extra, while modern Civics and Corollas adorn WWII era American roads in The Thin Red Line. 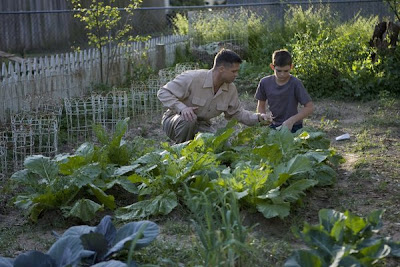 Yet, The Tree of Life’s recreation of small town life in the 1950s is exceptional. Jack Fisk’s production design is comprised of a million near perfect details, even down to dish towels and jewel toned metal tumblers. Malick cleverly motivates the film’s classical score by establishing Pitt as a frustrated musician, and some of the film’s most majestic moments involve simple scenes of family accompanied by the grandeur of Mahler and Brahms. But the film ventures onto shaky ground with a coda that forges a makeshift catharsis. For a film that so clearly contrasts religion and science, Penn’s ultimate transition is staged with surprisingly orthodox iconography, and feels like a cop-out. The Tree of Life poses the questions of Existence with steely valor, then answers them with trite mush. 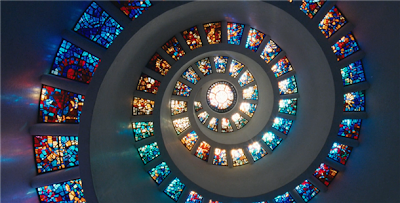 If the film had ended after its first hour, it could rightly be called a masterpiece. And, all things considered, time may still render a highly favorable judgment. Despite deep flaws, The Tree of Life ranks among the best films this reviewer has ever seen, although its proximity to perfection only makes its idiosyncrasies all the more vexing. But to a North American film audience obsessed with 3-D zombies and superheroes, this film is infinitely better than we deserve.
at October 30, 2011

Email ThisBlogThis!Share to TwitterShare to FacebookShare to Pinterest
Labels: Malick, The Tree of Life

Well I can't wait to see it.

Thanks RH. Be sure to let us know what you think.

Last summer, I saw Tree of Life together with my eldest son in a cinema in Dublin. Although many people left during the screening, we were both awed. What a great experience, like a trance. We both loved the part in which the earth was recreated, and we also liked the surprising performance of Brad Pitt. For me it was the best film that came from Hollywood in a long while. And a unique cinema experience to enjoy with your son. And, thank you Bunchie for this memorable review.

Thank you Bob. I agree, best film from America in ages...

Ah, another great write up.

But I'd really like to hear your thought about the scene where the woman starts to fly. It was such a big WTF-moment, I really don't know what to make of it.