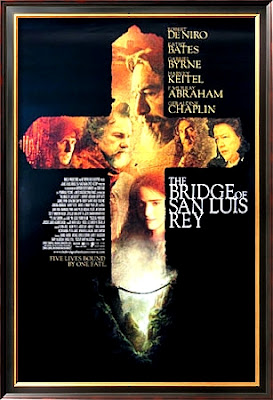 This film is not quite the unmitigated disaster that most critics would have you believe. We do get to see Emilie Dequenne, although she isn’t given much to do, and that always adds a star. Fortunately, no animals were harmed in the making of the film. We’re not sure you can say the same about the four men who had to lug Kathy Bates around in her sedan chair, all of whom appeared to be on the verge of hernias. 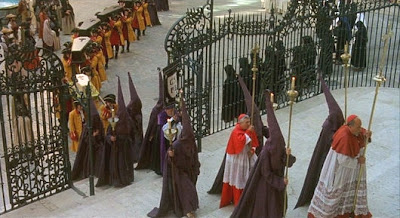 There is some superb art direction and costume design as well, and fans of Spanish Colonial architecture will find much to like here. The chief problem lays with the screenplay, which apparently assumes that everyone is intimately aware of the political upheavals within the Catholic Church 300 years ago, the threat to the established order posed by the Franciscans, and Spain’s unique and highly corrupt melding of church and state during that period. 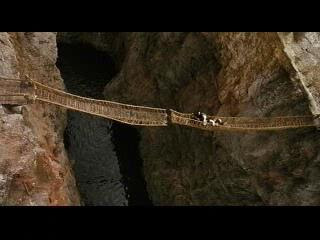 To the historically ignorant, like me, it takes about half of the movie to figure out what the devil is going on, and by then we are into a variety of seemingly random subplots - a creepy pair of twins and an overdressed, remorseful sea captain, for instance- and all of it seems to come out of nowhere. We are left with a beautifully produced historical drama that somehow manages to generate an engaging momentum, despite the fact it’s often unclear where that momentum is going. 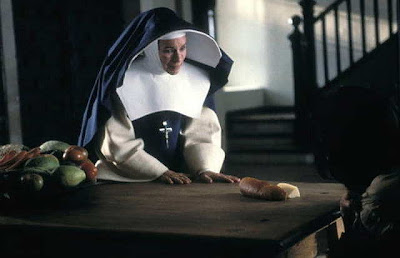 Robert DeNiro, Gabriel Byrne and F. Murray are all quite good in their roles, and Geraldine Page is extraordinary as the sensitive and caring Mother Superior. These performances offer glimpses into the novel’s deeper truths and almost overcome the film’s botched storytelling. 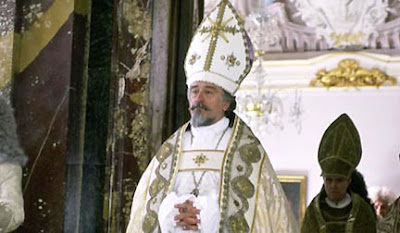 But director Mary McGuckian manages to miss just about every opportunity for clarity, and a strong bond with the viewer is never forged. There is a great film in this material, with lots of juicy possibilities, but its complex layers, at least as McGuckian presents them, are just too much to digest.