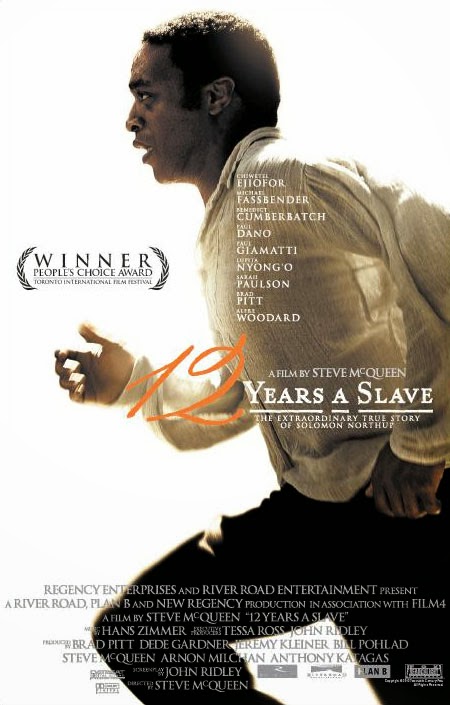 A true American horror story, 12 Years a Slave offers a flaming indictment of the nation’s Original Sin. Set in the 1840s, the film chronicles the tragic life of Solomon Northrup (Chiwetel Ejiofor), a prosperous black musician and family man, who is conned into leaving the free and friendly confines of Saratoga for the promise of a lucrative gig in Washington, DC. Once in the capital, he is kidnapped, beaten and soon finds himself just another piece of chattel for sale in New Orleans’ notorious slave market. What follows is a grim, wrenching spectacle from the underbelly of the American saga, as Northrup desperately attempts to survive amid those who would deny both his freedom and his humanity. 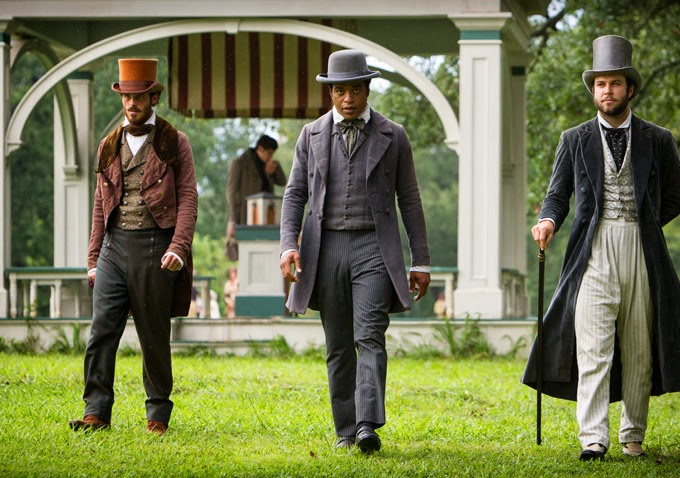 Based on Northrup’s memoirs published in 1853, 12 Years a Slave is a story that would be unbelievable if it weren’t true. Director Steve McQueen would also likely be accused of sensationalism, especially in his bleak, time-shifting prologue, which comes very close to cartooning with overwrought despair and tidbits of passionless sexuality. The majority of the film consists of a perfectly paced extended flashback, with McQueen unspooling Northrup’s complex backstory with a mesmerizing efficiency. He has to overcome some challenges along the way, most notably the script’s high-falootin’ dialogue, which makes almost every character sound like an Oxford literary scholar. This stilted verbiage, even if accurate to the period, can make a film seem phony and stagebound, and it’s a path last year’s Lincoln generally avoided. But McQueen persists and and to his credit make it work. By the thirty minute mark, his players’ grandiose speeches seem intrinsic, and lend the story yet another antecedent of classical tragedy. 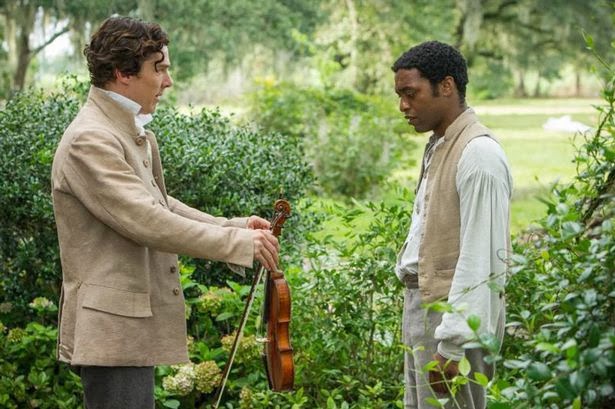 While Ejiofor’s charismatic rendering of the resilient Northrup has been showered with award noms, and rightfully so, 12 Years a Slave surrounds him with a brilliant battery of support. Paul Dano, back in his true element playing a craven bully, personifies the thuggish blue-collar enforcers who sadistically relished the dirty work of slave oppression. Benedict Cumberbatch shines as a prissy plantation owner who personally finds slavery distasteful but penury even worse, and Alfre Woodard makes a perfect ice queen who has used her wiles to play the game and secure her master’s favor. 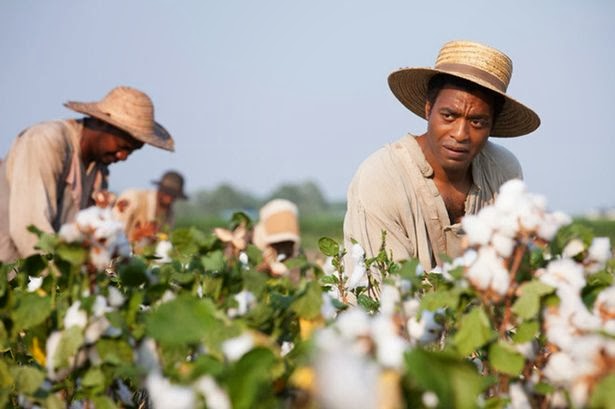 During his ordeal, Northrup is bought, sold and borrowed a few times, eventually landing on the  steamy, miserable cotton fields of a planter named Epps (Michael Fassbender). Epps serves as the anti-Northrup, and this character starkly embodies the cruelties and contradictions of institutionalized slavery. His tortured relationship with a bewitching slave named Patsy (Lupita Nyong'o) is infused with the same denials and delusions that still plague issues of race and sexuality in this country. In the sweatbox of Louisiana high summer, as Fassbender’s fair complexion drips with perspiration and rage, Northrup slowly learns to twist the lies of his master to his own advantage and, with the help of a Canadian carpenter (Brad Pitt), breaches the savage limits of plantation power. 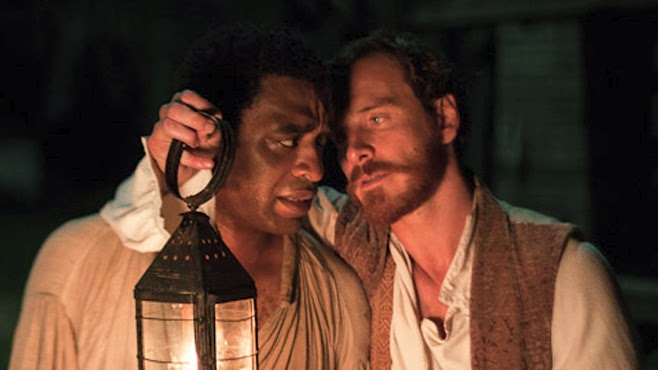 12 Years a Slave is McQueen and Fassbender’s third collaboration. The pair have developed a unique chemistry, like a latter day Scorsese and DeNiro. McQueen is also developing into a master filmmaker, with the ability to cleverly rev up his stories and deliver dramatic payoffs that stun. At the 60 minute and 90 minute marks, respectively, are sequences of brutality that will leave audiences gasping. The latter, filmed as a nearly 5 minute continuous take, is an extraordinary example of blocking and choreography and a true must watch for aspiring filmmakers. There is a lot of loose talk these days about slavery and succession, with Tea Party politicians and states’ rights advocates attempting to cast the venal practice as a minor blot on Dixie's proud social history. Hopefully 12 Years a Slave will serve as a reminder of the depths we are capable of sinking, and a wake-up call to the ignorant souls who would take us back there.