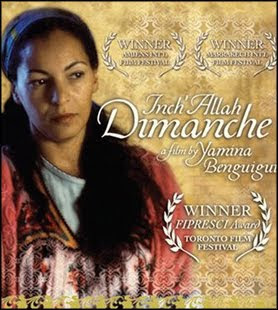 Inch’Allah Dimanche is a somewhat uneven film, but the best moments more than make up for the bumpy spots. The story is a familiar one of old world immigrant culture shock; in this case, the old world is Algeria and the shocking culture is France circa 1972. 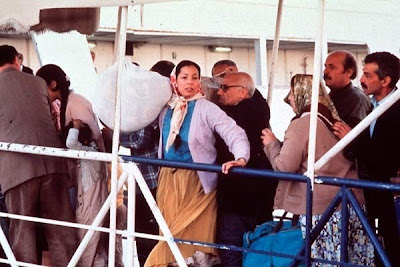 We follow Zouima (Fejira Deliba), her three kids and trollish mother-in-law (an excellent performance by Rabia Mokkedem) as they board a tramp steamer bound for northern France and an icy reunion with Zouima’s husband Ahmed (Zinedine Soualem). Ahmed has been living and working in France for the last decade, but the intervening years have done little to enlighten his attitudes about women. He cruelly treats Zouima like an unpaid servant while catering to his overbearing mother’s every whim. 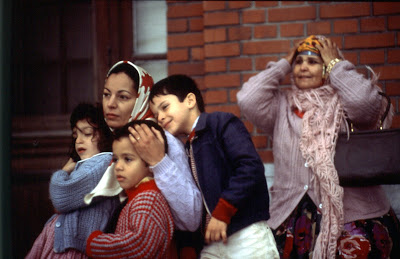 Zouima contracts a severe and hopeless case of homesickness, then rallies her strength and begins a subtle rebellion against her husband’s iron-fisted domination. Director Yamina Benguigi constructs her sequences very well, but periodically seems to lose mental focus on her own story, and throws in some scenes and subplots that don’t really go anywhere. Some are intended for comic relief, some are of an undefined purpose, yet the effect is often more distracting than entertaining. However, one aside that works well is Ahmed’s secret desire to be a rock star – his tone deaf attempts to play surf tunes on a borrowed Stratocaster are really quite funny- and it is our first inkling that there may be a real person lurking behind that stern exterior. 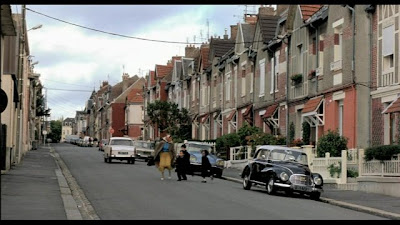 Meanwhile, Zouima’s strange new world begins to have an effect on her, as she develops a fascination for French radio programs and acquires a pair of white high heel pumps she awkwardly dons for trips to the market. The degree of Zouima’s assimilation is ultimately revealed by her attempts to reach out to a fellow displaced Algerian family, and the surprising results of that meeting contain a stark life lesson for her: where you are is less important than who you are. 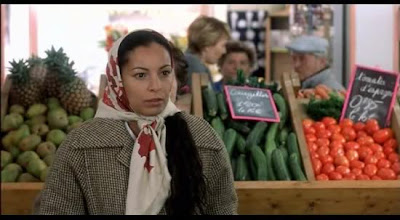 The ending seems rushed, as though Benguigi was running out of film stock, and is more thematically satisfying than it is believable. Overall however, Inch’Allah Dimanche will appeal to those who enjoy immersions in different times and cultures, and stories of women who refuse to be second class citizens.