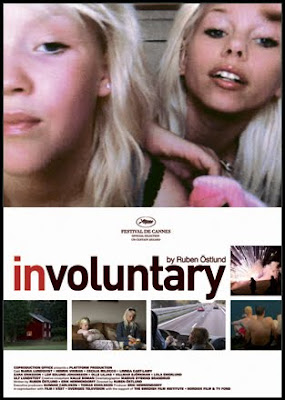 In the struggle for the hearts and minds of young Scandinavian filmmakers, Aki Kaurismaki appears to have won out over Ingmar Bergman, at least for now, as the tone of recent Nordic films has shifted from grimly depressing to comically depressing. “Involuntary” fits right in with the new fashion, somehow wringing chuckles and guffaws from an unrelenting atmosphere of austere bleakness. 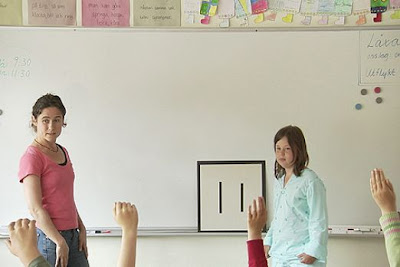 Despite working in a verite style, director Rubin Ostlund is clearly influenced by Roy Andersson’s micro-managed minimalism, in terms of both composition and storytelling. The script features multiple and concurrent storylines, with bits of each narrative doled out in a seemingly random manner. Through the course of the film we learn about a bus driver with emotional issues, meet two teenage girls prone to mischief, go on a camping trip where male bonding is carried to extremes, and visit a family reunion for a comic reminder of the immiscibility of alcohol and fireworks, along with other, less developed, scenarios. Ostlund builds a compelling and amusing case that Swedes in the full grip of spring fever lose all notion of personal responsibility, and should not be considered fully responsible for their actions. Thankfully, the viewer is coolly kept at arm’s length from the proceedings, as the various pickles Ostlund’s characters get themselves into are much more fun to observe than to experience, and this sense of detachment allows us to fully appreciate the wide range of human folly on display. 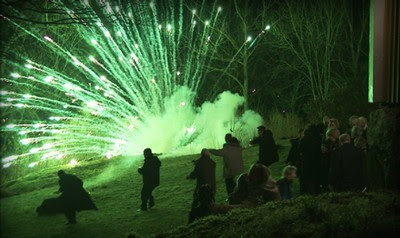 But cleverness can have a limited shelf life, and the film begins to run out of it in the final reel and we were relieved when this assortment of quirky yarns headed to conclusion. In all though, “Involuntary” is an entertaining glimpse into a day in Swedish life, and a worthy addition to the region’s emergence as a banana belt for darkly comic cinema. It makes you wonder what those ironic cut-ups from the north will come up with next.

We've browsed through your reviews and thought that they are really original and interesting! We would like to invite you to publish your reviews on 7tavern.com, which provides an alternative platform for promising movie reviewers to showcase their talents. In addition, you'll find a growing community of bloggers who share the same passion for excellent movies! Based on the merit of your reviews, we intend to offer you exclusive publishing privileges on our website!

Please feel free to contact us to discuss our proposal. =)