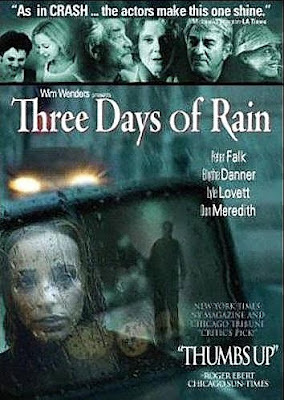 There are a lot of American-made indie films, but few aspire to be labeled as true art house fare. Fewer still feature former NFL quarterbacks and Grammy-winning recording artists in important roles. Three Days of Rain qualifies on all these counts, and is a stark and gloomy appraisal of some quietly desperate lives in Cleveland, Ohio. 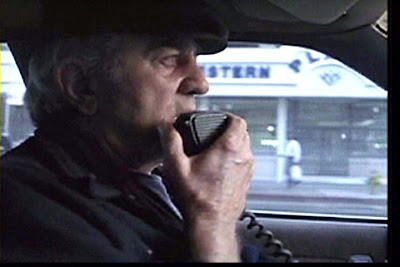 Presented as a series of interspersed vignettes, this ensemble piece features a surprisingly strong performance from Don Meredith (yes, that Don Meredith) as a lonely cab driver attempting to cope with profound grief. Peter Falk plays an aging widower who has retired from everything but drinking, and the film sentimentally explores how alcohol has affected his relationship with his long-suffering son (Bill Stockton). In other segments, we meet a young junkie (Merle Kennedy) who finds herself sexually blackmailed by the same judge who took away her baby; a custom tile maker (Michael Santoro) as he learns a painful lesson about society’s capricious notions on the value of art; a successful businessman (Erick Avari) whose happy delusions are shattered by his wife’s lack of empathy toward the homeless, and a slow witted laborer (Joey Bilow) and the sleazy conspiracy aligned against him. 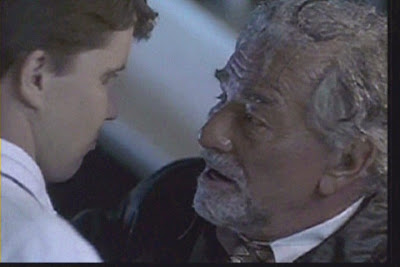 Director Michael Meredith (son of Don) sets out to craft these poignant tales against a background of unrelenting moodiness, and has cleverly stacked the deck in his favor. By using an ongoing radio broadcast of a jazz festival as an audible piece of scenery, Meredith creates a believable motivation for imbuing his quiet, understated scenes with slow, bluesy riffs. 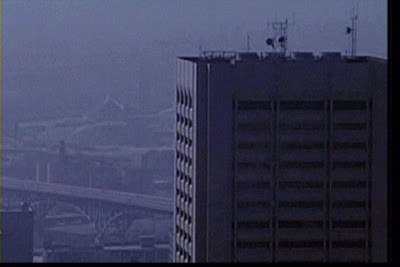 A lake effect rain event further enhances the film’s sense of alienation; these characters must confront not only their inner-demons, but the ravages of nature itself. Three Days is a contemplative film, and the cerebral rhythms of cool jazz along with the shimmering sound of driving rain effectively fill the voids created by the script’s minimal dialogue, and gives the audience time and space as each of these stories methodically build. 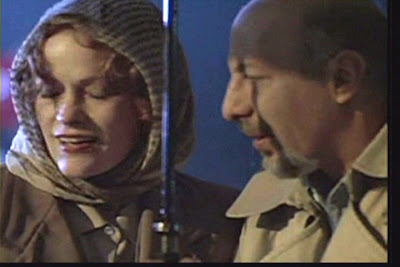 Three Days of Rain is sort of a downbeat, scaled down version of Altman’s Shortcuts, substituting Chekov for Raymond Carver. And like Shortcuts, this film is much more interested in evoking the spirit of the source material than any sort of literal adaptation. 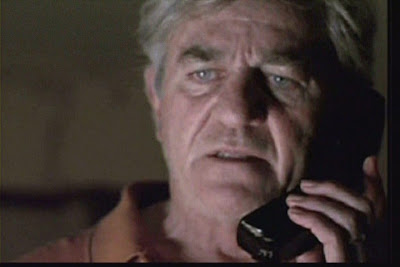 There are some surprising cameo appearances by big name stars, and Meredith courageously mixes these performances with some of the less experienced actors to create a sense of possibility and experimentation. This is not a great film by any means - the vignettes become repetitive and the entire piece goes on a bit too long –but like a jazz soloist, Meredith’s actors extrapolate and interpret their way to some interesting and affecting moments.

Hi Bunch, The name of Wim Wenders is mentioned big on the poster so I first thought he had directed this film. It made me think I would love to see another film by him like he used to make them in Germany in the 1970's and early 1980's. He was such a fascinating film maker then. My favorite film by him was Im Lauf der Zeit (Kings of the Road). I must have seen it five times and loved the atmospehere, the dialogues, the strange situations. The films he directed since Paris, Texas couldn't impress me. I even fell asleep twice during two subsequent screenings of Die Himmel über Berlin (Wings of Desire). Such a pity.

I agree about Wings. Lots of people loved it, but it's charms were lost on me. My favorite Wenders is The Goalie's Anxiety at the Penalty Kick, which I saw back in the 70s and has never been released here on DVD. Knock on Any Door from 2005 has some good moments.
As for this film, Wenders has a "Presented By" credit, whatever that means. I too wish more of Wenders's early German films were available. Thanks Bob.