The Wind and the Lion Turns 40 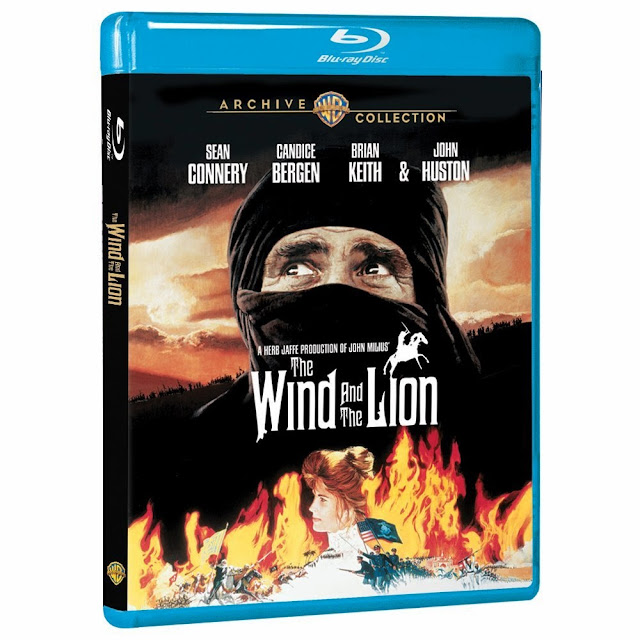 “I’ve only met one real pirate in my life. His name is J.P. Morgan.” Teddy Roosevelt

Released 40 years ago, The Wind and the Lion is an action spectacular that re-imagines history on an epic scale. Written and directed by the testosterone fueled John Milius, the film tells the story of a dashing Islamist warlord named Raisuli (Sean Connery) who kidnaps a wealthy American widow (Candace Bergen) and her two children in Morocco circa 1904. While Connery’s immediate objective is to win land and other concessions from his nephew the Sultan (Marc Zuber), his actions gain the attention of American president Teddy Roosevelt (Brian Keith), who’s looking for a military adventure to help his chances in the upcoming election.

While the President and Raisuli engage in a long distance battle of wills, something like a grudging respect develops between the two men. As Roosevelt campaigns across America, with promises of revenge lifting his poll numbers to the stratosphere, back in Morocco, Bergen begins to see her gallant captor in a more romantic light. But this is merely the calm before the storm, for soon a battalion of Marines - complete with a brass band - reaches the dusty streets of Tangier and, to put it mildly, all hell breaks loose.

Nominated for two Oscars, The Wind and the Lion is the type of movie one should just enjoy as spectacle and not think about too much. The archaic ideas presented here are guaranteed to offend just about everyone, regardless of religious or political stripe. Its depiction of noble, genteel terrorists is tough to take seriously in a post 9/11 world, and the film’s portrayal of French and German diplomats reenforces every xenophobic stereotype in the book. Yet if one can get past these obstacles, including Sean Connery’s Moor with a Scottish burr, the film offers entertainment aplenty. And if you love movies where lots of stuff blows up, you’re in for a real treat.

If you're ever on the lam, you can also hide out in her hairdo.... egads!!