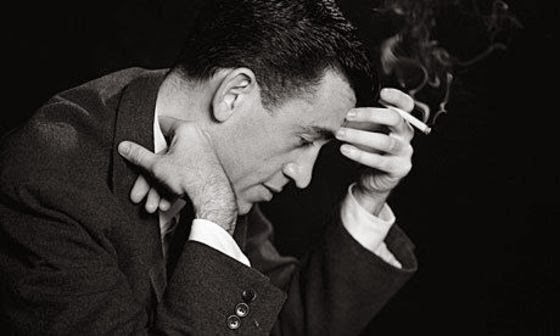 This doc is must viewing for fans of J.D. Salinger. If you’ve kept up with the various attempts folks have made to tell his story over the years, most of which ended with some kind of legal action, much of the material here will be familiar. But director Shane Salerno goes into great depth and includes a number of images from Salinger’s life that have not been seen publicly before. He also includes some cryptic references to the new work Salinger created over his decades of self-imposed exile in Cornish, NH. Best of all, the Salinger Foundation has plans to start publishing the bounty in 2015. Truly exciting times ahead! 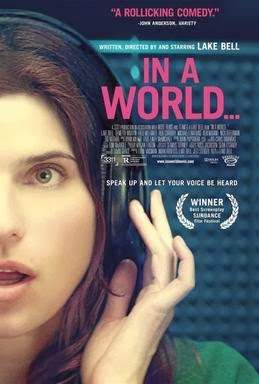 In a World... is a very unassuming story about LA’s flaky voice-over talents and the nerdy audio engineers who love them. Lake Bell writes, directs and stars as a plucky female narrator trying to chip into the lucrative, male dominated movie trailer biz. Complete with booming baritones and eccentric egos, Bell does a nice job capturing the rhythms and intonations of Hollywood industry insiders. The movie doesn’t stick with you very long, but it’s a good escape. 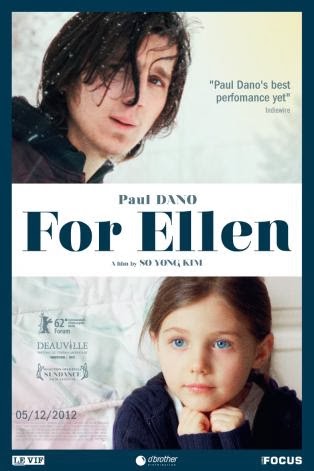 Writer/director So Yong Kim (In Between Days, Treeless Mountain) returns with another minimalist tale of a family grappling with life’s upheavals. Told in Kim’s characteristic mediative style, a struggling rocker (Paul Dano) returns to his home town in snowy upstate NY to finalize his divorce proceedings. There he meets his six year old daughter (Shaylena Mandigo) who he has not seen since she was an infant. Over the course of a two hour visit, Dano realizes the true toll the music business and years on the road have taken and learns a hard lesson about the vaporous nature of time. As those familiar with Kim’s work can attest, she is a superb director of child actors and young Mandigo’s performance here will evoke heartbreak in even the most skeptical viewer. Don’t expect car chases or emotional histrionics. For Ellen is a quiet, profoundly moving sketchbook filled with faded dreams and missed opportunities.
at March 01, 2014

Yeah, saw Salinger. Didn't want to lose the time and didn't want to be engaged, but couldn't pull away. Very good.

Would love to see Salinger too.