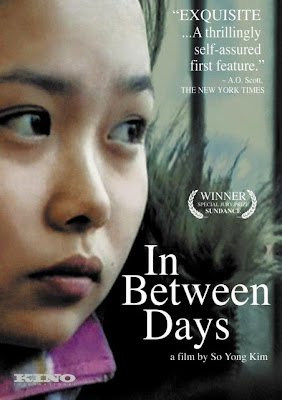 Set in snowy Toronto, So Yong Kim’s contemporary tale of adolescent angst is one of the most starkly under produced films you will ever see. 15 year old Aimie (Jiseon Kim) and her mom (Bokja Kim) have recently immigrated to Canada from South Korea. Friendless in a bleak new world, Aimie becomes fixated on a schoolmate named Tran (Taegu Andy Kang), a slightly dangerous boy who occasionally reveals glimpses of tenderness underneath his street tough veneer. They begin hanging out together after school, and much of the film is devoted to simple verite-style scenes of the pair engaged in a variety of mundane activities typical of teenagers. The film bogs down a bit during this middle act, as the scenes of video arcades, waiting for buses and watching television get a little repetitive. Much of film is shot with long lenses, resulting in a compression of space that gives Aimie’s apartment a claustrophobic tinge. 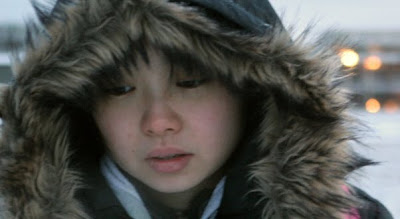 We feel the aimlessness and ennui that drive the pair’s relationship, like two abandoned boats drifting wherever the currents take them. Eventually, sexual pressures creep into the relationship, and Aimie must decide if she is completely ready to leave childhood behind. This is a self-consciously arty sort of picture that screams “Enter me in a Film Festival”, and therefore will try the patience of some viewers. Still there is much here to admire, as Aimie, reeling from all the abrupt new changes in her life, seeks to delay her big transition to adulthood as long as possible, and hang on to any shred of innocence and sentimentality left in her battered soul. We may not always like her, but we do understand her, as Aimie learns an important lesson about love that’s as cold and bitter as the Canadian winter.