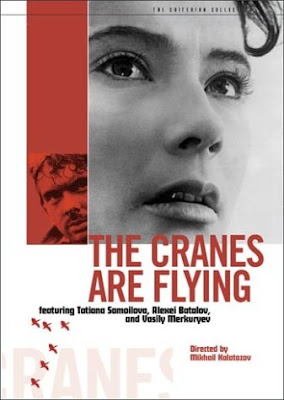 A passionate love affair is torn apart by Hitler’s invasion of Russia in this Palme d’Or winner from director Mikhail Kalatozov. Veronica (Tatyana Samojlova) and Boris (Alesky Batalov) are young Muscovites fully enthralled with each other, and in the opening scenes we see them happily skip and frolic along the river and through a surreally deserted Red Square. Their date ends at the foyer of Veronica’s apartment building, where the ecstatic couple agrees to meet again in a few days. But the distant rumbling of German tanks permanently alters the plans of Veronica and Boris, along with several million others. 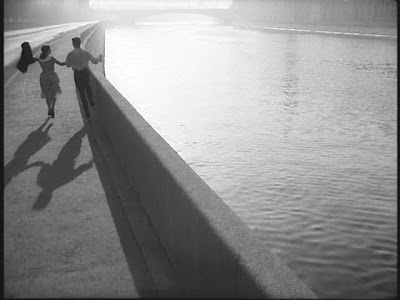 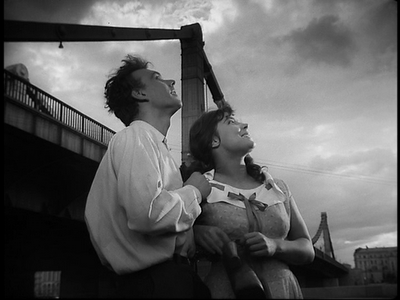 Boris bravely volunteers for the front, and is rapidly shipped off to war. Veronica’s only opportunity to say goodbye is during a street rally where she and Boris, separated by an enormous cheering crowd, are unable to connect. Veronica can only watch helplessly while Boris and thousands of other new recruits march off to face the dire challenges that await them. 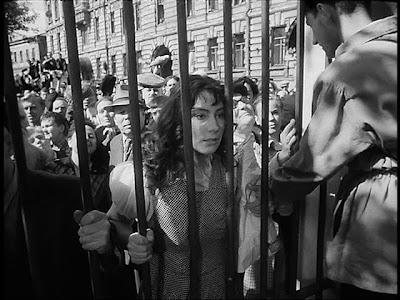 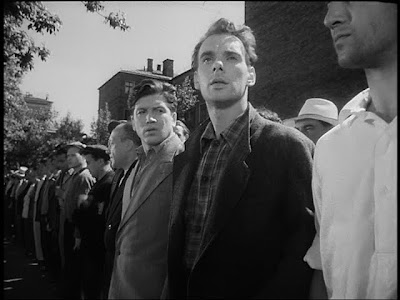 Story wise, The Cranes are Flying is a fairly standard wartime melodrama, filled with desolate heartbreak and inspiring heroics. But what separates this picture from the pack, and elevates it to the level of classic greatness is the sheer beauty of the images. From the very first scenes, we are treated to a visual feast of light and shadow, dynamic perspectives and shots so imaginatively composed and constructed they seem to burst from the screen. 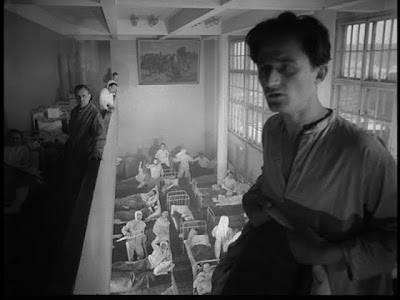 Kalatazov and cinematographer Sergei Urusevsky were long time collaborators under the old Soviet film studio system and the two men complimented each other well. Kalatazov was gifted at visualizing long, complex shots, usually involving huge crowds of extras, and Urusevsky’s experience with hand-held filming as a wartime newsreel cameraman was invaluable in realizing these dreams. The two men accomplished shots that today would only be attempted through CGI. 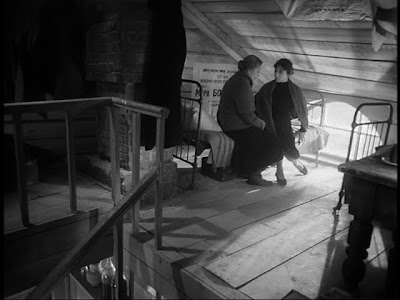 Two scenes involving Veronica are absolutely stunning. In the first, she is seated on a moving bus which stops suddenly when it encounters a crowd of spectators watching a parade of tanks and solders marching down a Moscow road. The camera follows Veronica as she leaves her seat, exits the bus and literally forces herself through the mass of humanity and into the middle of the procession, while the camera rises high into the sky. 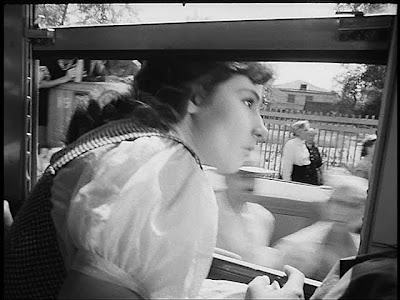 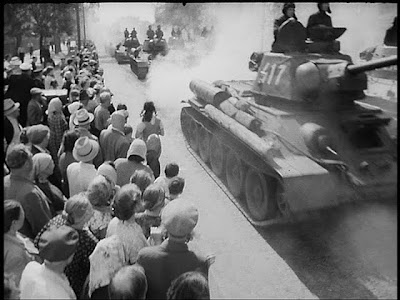 The second is a sequence featuring Veronica racing through a bombed out building. Kalatazov uses a fast paced montage to perfectly convey Veronica’s mounting sense of horror and panic, then ends abruptly with the opening of a door, revealing a smoldering tableau of utter destruction and despair. 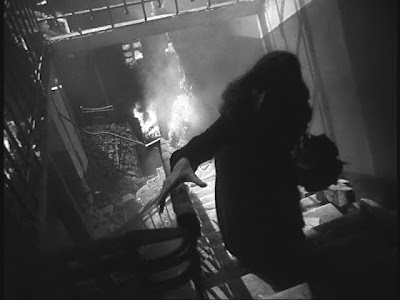 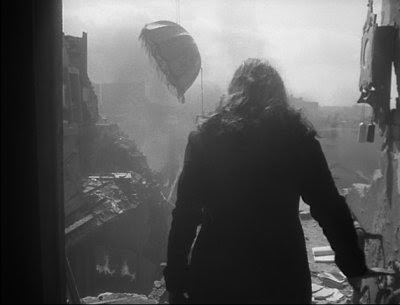 The film manages to soft-peddle any faint murmurs of Soviet propaganda, favoring instead a universal message on the horrors of war. The film, in fact, strikes an almost subversive tone, as the flying cranes ultimately become a symbol of tortured souls fleeing earthly existence; a rather odd metaphor for an atheistic society. 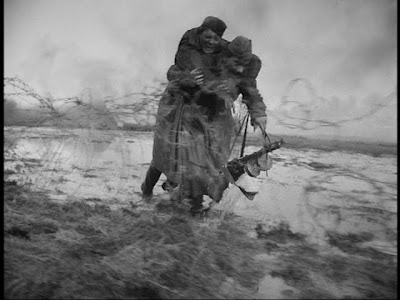 The Cranes are Flying is a triumph of style over substance, indeed, elevating style to its own lofty perch beyond substance. And while the iron fist of Mosfilm may have granted artists a limited palette of subject matter, filmmakers like Kalatazov and Urusevsky found ways to express their extraordinary talents within the rigidity of that system. Artistically, they are as heroic as the freezing soldiers who fought and died to save Mother Russia.