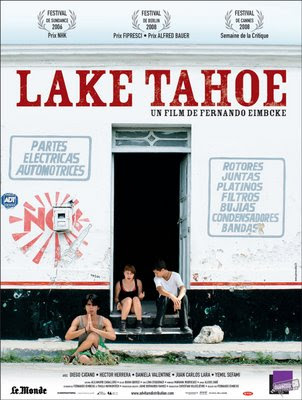 If you saw Fernando Eimbcke’s dryly amusing Duck Season, then you know what to expect: leisurely pacing, naturalism on steroids and performances so understated they border on the comatose. Set in a seedy beach town on the Yucatan peninsula, this outing again features young Diego Cantano as Juan, who has just rammed his mom’s car into a telephone pole, and his meandering efforts to have it repaired early one Saturday morning. 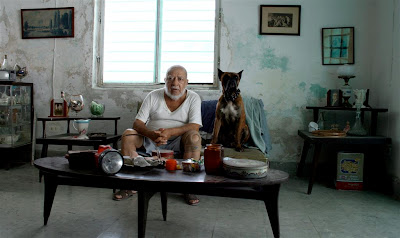 As Juan ambles the town’s crumbling streets, his quest takes on Arthurian overtones, as he encounters a variety of oddballs who may, or may not, be able to help him. An aging mechanic with one foot in the grave (Hector Herrera) dispatches Juan to an auto parts store run by a young woman (Daniela Valentine), complete with a perpetually crying baby, who wouldn’t know a spark plug from a tire. 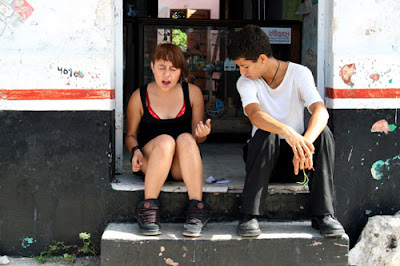 She suggests Juan enlist the aid of her friend David (Juan Carlos Lara), a young man much more interested in Bruce Lee movies and NunChuk flinging than auto repair. As Juan begins to despair for his situation, he makes a quick trip home – actually nothing in this film is quick- where it is apparent something is seriously amiss, and our first hint that there is a hidden, underlying story to this seemingly random, and rambling, journey. 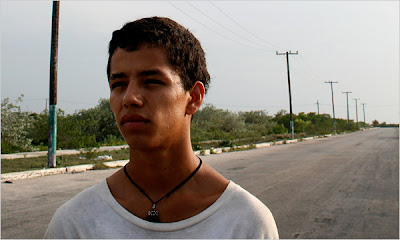 But, through the course of this long and frustrating day, we are able to piece together the life altering events that led to Juan’s accident, and we are filled with a surprising sense of poignancy for this young man and his family. Yet Lake Tahoe is primarily a comedy, in the sense that Jim Jarmusch’s films are comedies, and it’s clear that Eimbcke and Jarmusch are kindred spirits behind the camera. 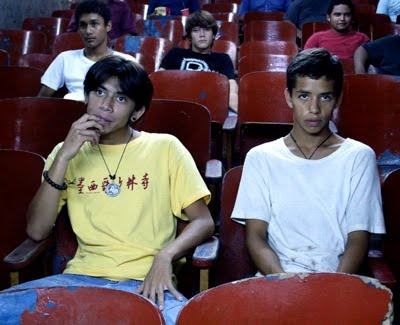 There is something in virtually every scene that will produce a chuckle, or at least a grin, and the entire film is infused with a uniquely subtle comedic sensibility. It will be fun to see where Eimbcke’s next goofy misadventure takes us.