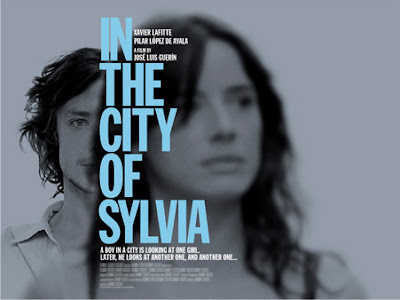 Filmmaking is usually a quest for reduction. Whether it’s a sprawling historical epic, a suspenseful crime drama or an abstract essay on the mysteries of existence, typically the trick is to externalize the story into small chunks that can be coherently told through character interactions. If those interactions have the ring of truth, sparkle with wit, simmer with sexual tension, or portray a universal humanity – or any combination of the above – then that’s just icing on the cake. 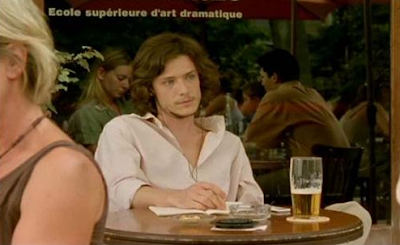 In the City of Sylvia takes the opposite approach. It enlarges what appears to be a simple case of mistaken identity into a bewildering, hypnotic meditation on romance, voyeurism and the deceptive power of embellished memories. Through languid pacing and a dearth of dialogue, the film approaches the deep psychological reverie of a novel. But instead of reading a character’s innermost thoughts, we are forced into our own mental constructions. Director Jose Luis Guerin tantalizes the viewer with scraps of disconnected information; tidbits that our minds scramble to neatly sort and order. But it’s not really a conscious effort; rather an innate desire to fill in the blanks. In the City of Sylvia presents settings and situations so familiar and banal, so full of memory triggers, that our own experiences and hazy recollections are recruited to flesh out the narrative. It’s only natural; when presented with a vacuum, we tend to fill it with ourselves.

Without giving too much away, In the City of Sylvia concerns a young man with steely blue eyes (Xavier Lafitte) who has come to the ancient city of Strasbourg for a solitary summer holiday. Much of the film is spent following the young man on leisurely strolls down Strasbourg’s quiet, narrow streets. He usually ends up at an outdoor café near the National Theatre, where he spends his afternoons nursing beers while engaging in an unusually intense form of people watching. While he makes quick sketches of his fellow patrons in a thick notebook, his gaze shifts from table to table; his attention randomly focusing on an ever changing variety of young women. From inside the theatre, a willowy brunette emerges (Pilar Lopez de Ayala), and our young man closes his sketchbook and secretly follows her into the bright sun of a lazy French afternoon. 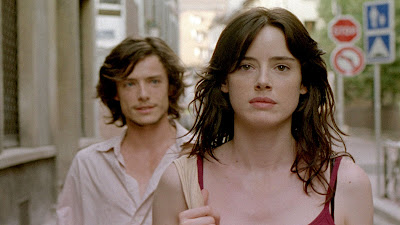 These sequences play as a sensualist’s delight, with Guerin capturing a resonant sense of the quietly giddy interaction of public loafing; that peaceful timelessness that comes when the sun and the wine and the weather all blissfully combine. Editor Núria Esquerra has an exquisite sense of rhythm and backtimes her entry points perfectly from a shot’s payoff. The effect is a relaxing, some could say torpid, tempo that never actually dawdles. As Lafitte’s ambling pursuit is eventually discovered by de Ayala, the film confounds our expectations with a resolution that only muddles the situation, and the viewer is forced to supply the jagged pieces required to complete the mosaic. But our knowledge is fractional and incomplete, and for the remainder of Lafitte’s dreamy sojourn we are immersed in a deeply meditative sort of whodunit. 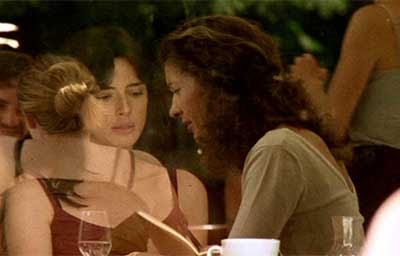 In one fleeting shot, Guerin offers up an explanation, at least a possible explanation, to the conundrum that eludes young Lafitte. The moment is handled in an offhand way and seems much too casual to be the profound answer he seeks. Or, his mind may be too jumbled to recognize truth when it materializes right in front of him, or right behind him; an image Guerin uses as a recurrent motif. As Lafitte’s visit draws to a close, he seeks out the mysterious de Ayala one last time. A lonely vigil on a train platform gives him, and the viewer, ample opportunity to speculate on the lives of the assembled strangers. The young man’s intense observation of his surroundings becomes an infinity mirror. As he attempts to put this milling throng of commuters into a logical context, viewers will be trying to do the same for this intriguingly stark and deceptively simple film. At least Lafitte is granted a reprieve when the end titles roll. We’re not as lucky. We’ll likely remain under In the City of Sylvia’s magic spell for quite some time.
at October 20, 2013

Sounds quite interesting, but it's probably just your writing. I can't tell if I'd be bored or not.