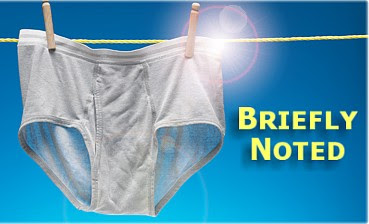 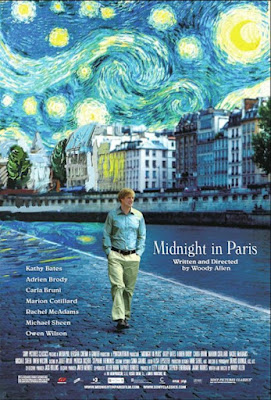 Midnight in Paris is one of those novelty conceit films Woody Allen emits every so often.  Owen Wilson is quite good as a successful screenwriter who really wants to be a struggling novelist - a struggling novelist in 1920s Paris to be precise - and through a magical subterfuge gets a shot at it. The film features a few spot on observations about American politics and a large cast ranging from talented unknowns to the First Lady of France, and all strata in between. Unfortunately, the novelty wears off long before the conceit.
Blue Valentine (2010)** 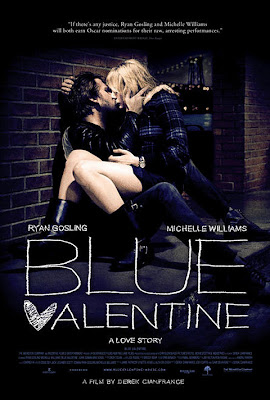 A coldly calculated, overworked simulation of a gritty, hyper-real American Indie. Michele Williams and Ryan Gosling lend their star power to this tale of a young married couple who spend their days making each other miserable. Through confusing flashbacks and one abysmal night in a cheesy Poconos honeymoon suite, we learn much more about them that we ever wanted to know. Written and directed by Derek Cianfrance, but he doesn’t deserve all the blame.
Nos trios (2010)**** 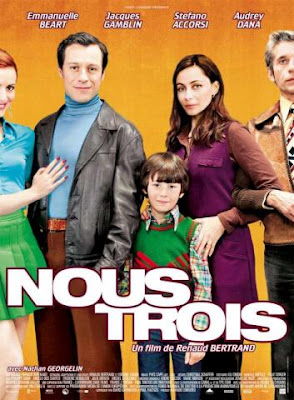 A cautionary tale that explains how becoming romantically obsessed with someone other than your spouse is not such a great idea, especially if there’s young kids at home. Emmanuelle Beart gets a serious case of the hots for new neighbor Philippe (Stefano Accoursi) and conducts steamy liaisons too numerous and noisy to hide from 10 year old Sebastien (Nathan Georgelin). Too young to be left on his own, the boy eventually accompanies the secret lovers as a sort of mascot, and becomes quite confused about the concept of family. Jacques Gamblin, always a talent to be reckoned with, is terrific as Beart’s head-in-the-clouds inventor husband. As expected, Beart’s mess does not end well for anyone concerned, but the film has many intriguing and involving moments.
The Male Animal (1942)***1/2 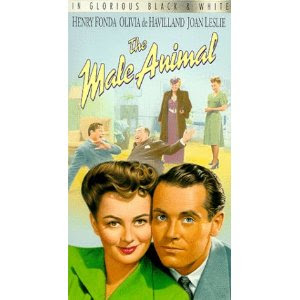 A jovial romp, based on a play by Thurber, that suffers the occasional drags. Young Henry Fonda plays a principled English professor who has gotten into hot water for including a poetic letter written by controversial anarchist Bartolomeo Vanzetti in his lesson plan. Meanwhile his employer - green, leafy Midwestern University - is fixin’ to throw a big shindig for the Michigan game, featuring the return of a distinguished All American halfback (the great Jack Carson), who happens to be the old flame of Fonda’s hotcha wife (Olivia DeHavilland). Much silliness ensues, but it’s all brought to relevance by a climactic speech from Fonda, decrying the bullying of school donors, and the tenuous relationship of big time football and academics; a speech that sounds like it could have been written last week. Henry Fonda, we miss you.
at June 18, 2011

It's a lovely poster for Midnight in Paris, though!

Most people love the movie as well. It just didn't live up to the hype for me.