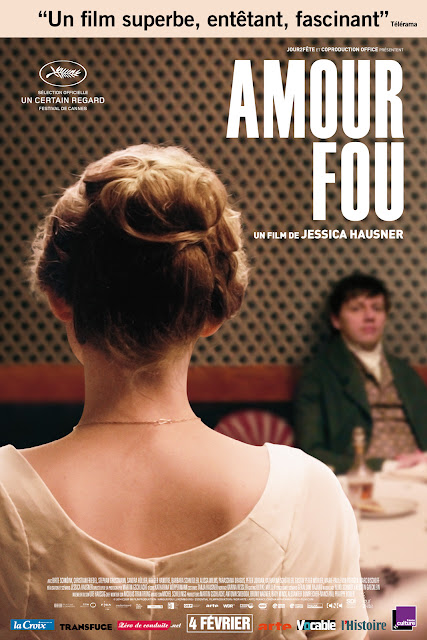 Amour Fou is a pitch black comedic costume drama set in Germany in the early 1800s. It's the story of an arrogantly annoying poet named Heinrich (Christian Frieden) who is desperately searching for a lovely young woman to commit suicide with. He eventually sets his sights on Henriette (Birte Schnoeink), a sheltered, naive hausfrau who is coping with her own traumas caused by the barbaric medical practices of the 19th century. 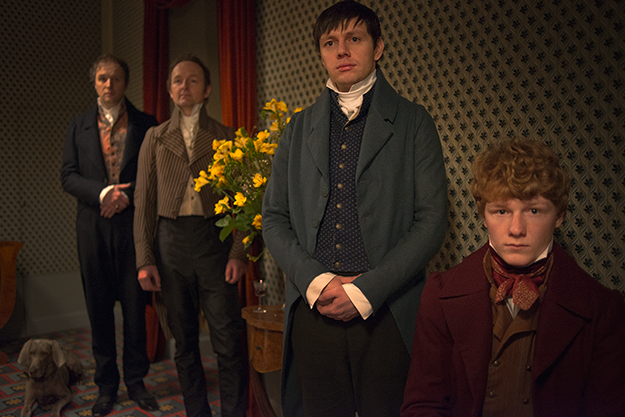 As in her previous film Lourdes (2009), director Jessica Hauser subtly but sharply skewers society's most high-minded and sacred rituals, shining a bright light on their illogical underpinnings. Here the stuffy, overdecorated drawing rooms of Berlin serve as a staging area for Hauser's barbs, as the city's landed gentry complain about taxes and treat their purebred dogs with more respect than their battered maids and housekeepers. 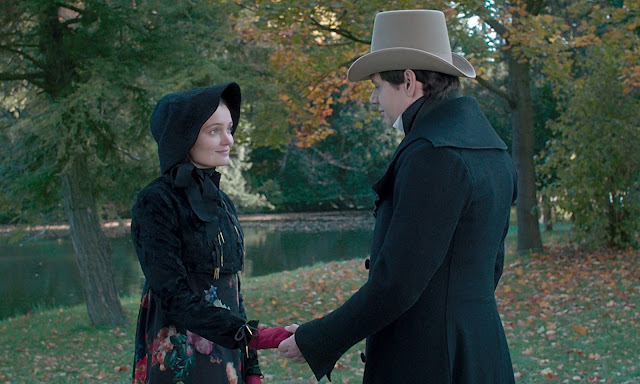 While all this sounds bleak and grim, Hauser transforms it into an absurdist tableau that's quite funny and entertaining. Her static, formal-to-a-fault compositions create a familiar yet alien world where off kilter notions and eccentric ideas seem to flourish. It was also a time when Germany's privileged - rocked by revolution in France - were left questioning what they perceived to be the universe's natural order. Hauser draws distinct parallels from the white man's burden of that era to the cold hearted economic scolds ruling the European Union today. In two hundred years, mankind has not progressed very far. 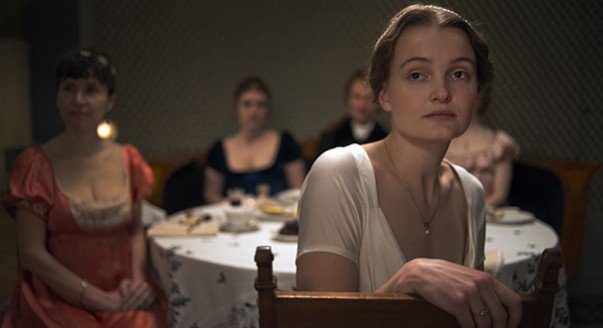 Amour Fou was well received at Cannes this year, where it was nominated for Un Certain Regard. It has appeared on several critics' Best of 2015 lists and clearly establishes Jessica Hauser as a talent to watch. Amour Fou doesn't just capture a time and place but a pervasive mindset. I can only hope that 200 years from now, filmmakers will back on our society with a bit more charity. But I doubt it.