While going through some boxes at my dad's house, I found this copy of TV Guide from September 14, 1985. It's the special fall preview issue, and it's in pretty good shape for a 26 year old magazine. I doubt if my mother meant to save this, it probably just fell into the box by mistake. Whatever the reason, it was fun thumbing through it and I thought I'd share a few pages with you. Click on any of the pics to enlarge: 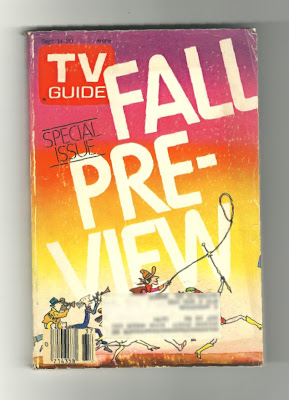 Amid the beer and cigarette ads, the issue featured a splash page for every new show: 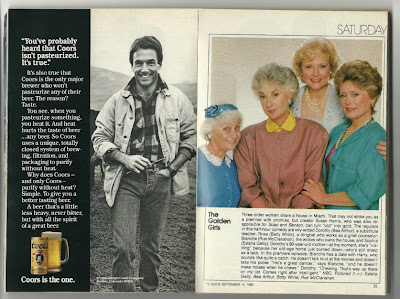 Some would be big hits: 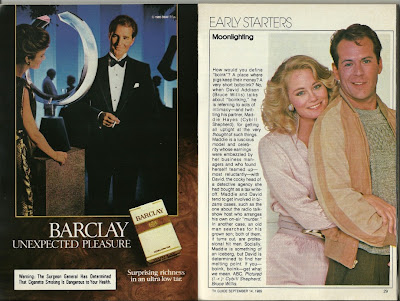 Some, not so much...plus, here's a Lucky Strike ad Don Draper would never have approved 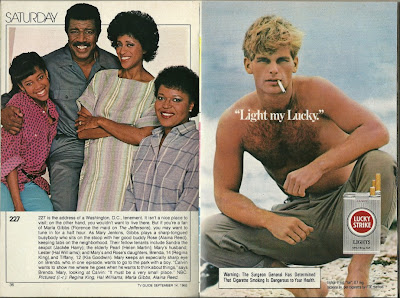 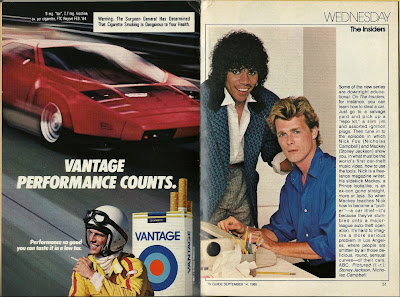 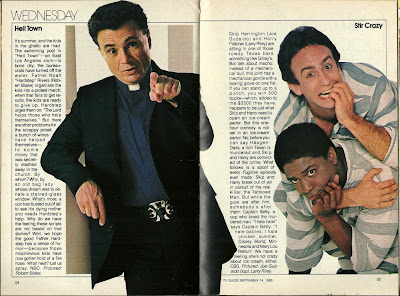 Here's some of the listing pages...was Hulk Hogan really a role model? 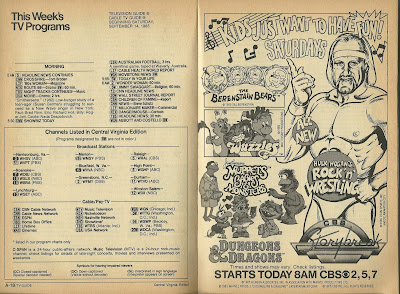 As you can see, at 5:30 we had our choice of three different Andy Griffith episodes. On the right is an ad for a 1980s version of Netflix. Available in VHS or Betamax! And what a selection! 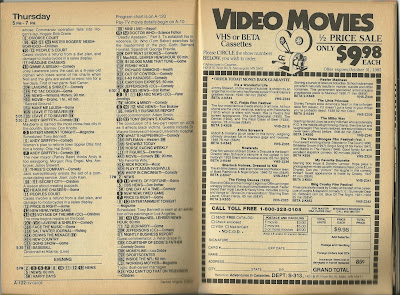 Some amazing viewing choices on this Saturday night. There's a Spielberg directed TV movie, a Laurence Harvey film I've still never seen, an episode of the great Route 66 TV series and several segments of USA's Night Flight, which was always an edgy and interesting program. There's even a rerun of the A&M/Alabama game in case you missed it. 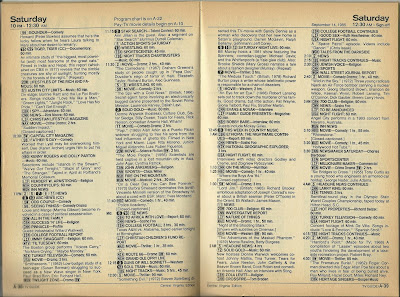 I guess when folks weren't smoking cigarettes and watching TV, they were listening to music. Here's an ad for RCA music service, which was sort of a second rate Columbia House. Tears for Fears, anyone? 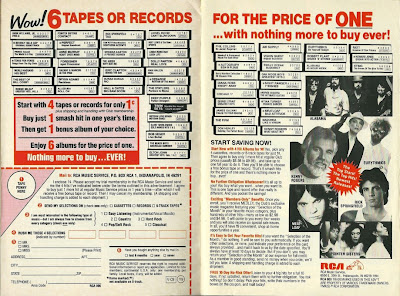 Too cool! I love this stuff, and retrospace is always posting this kind of stuff. I have a couple Tears for Fears albums.

Thanks RH. Do you know how I can get the pics to be stored larger? You can't really read the listings, and there's some cool stuff in there. I loaded them large size, but I guess blogger is shrinking them....

Great find. I loved the first season of The Golden Girls.

What a find! I would have guessed an earlier yr for "Moonlighting" & a later yr for "Golden Girls". Thc for visiting my blog.

I don't know how to make them bigger without using a remote picture host, like Webshots or Flickr or something.

haha, this put a great old smile on my face. Awesome post! =)

This is great stuff! I have a bunch of old TV Guides that are fun to look through for nostalgia's sake.

That's really funny about the cigarette ads. I never noticed just how many there were.

As for Video Movies, I'd like to note that all of the listed films are (or were) in the public domain, which explains the "wonderful" selection.

Great stuff! I have a bunch of old TV Guides for nostalgia's sake. But I don't have this one.

Very funny about the cigarette ads. I never noticed just how many there were.

As for the Video Movies service, I'd like to point out that all of those films are (or were) in the public domain. So it's about like getting to watch a full, free movie on YouTube. :)