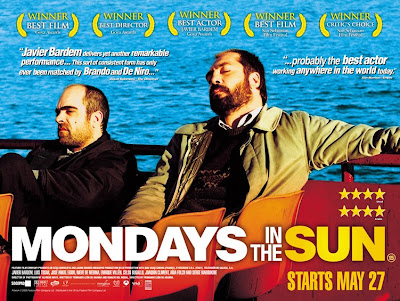 The debilitating effect of unemployment on the male psyche is explored in this well directed drama from Spain. A group of idle men, all former co-workers at the same defunct shipyard, regularly convene at a neighborhood bar, where we learn all about their shared history and the challenges they face pursuing new employment in a world that no longer values skilled labor. The story is told in a leisurely progression of vignettes, each done in a casual, laconic naturalism, which reinforces the central predicament of the men. When one has nothing to do, there is never any need to rush. 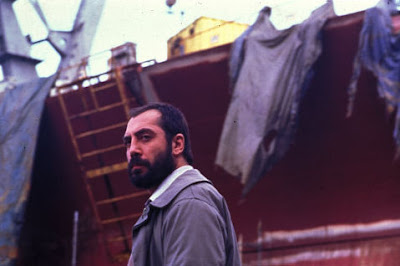 While theoretically an ensemble piece, this is actually Javier Bardem's movie, as he gained significant weight for the role and the added bulk makes his presence even more formidable than usual. The film strikes a near perfect balance of pathos and humor, and Bardem's witticisms while waiting in the unemployment queue will have most viewers rolling with laughter. Yet we are never far removed from the grim prospects these men face, as they approach middle age with their hopes and self-esteem shattered. Director Fernando Leon de Aranoa, who also helmed the equally excellent "Princesas", is clearly a talent to watch.