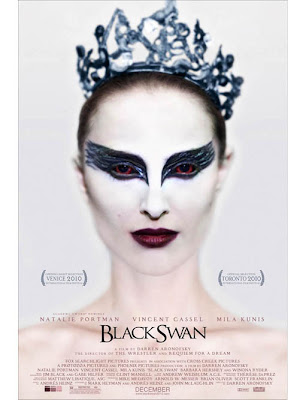 Reviewed by Shu Zin
BLACK SWAN is my idea of a really bad movie. The story, such as it is, concerns a few infantile, self-absorbed ballerini, a sort of understated Barbara Hershey as psycho mom Erika, and Vincent Cassel, inappropriately cast as Thomas Leroy (!), a most inelegant and unlovable dance master. His name is pronounced Toe MAH, in the French way, and all the little ballerini are hilarious to watch, choking self-consciously on the name when they try to say it as though it were second nature.

Especially as Vincent Cassel seems like a thug who came up from the projects in South Toronto. He decides he wants one dancer to be both the white and the black swan. Natalie Portman has been cast as the innocent, emotionally stunted Nina, the perfect white swan, with the jealous psycho mom. Mila Kunis is Lily, the treacherous black swan wannabe. Winona Ryder and Ksenia Solo, too, have revisited their childhood ballet lessons in order to successfully land roles as incidental ballerini. 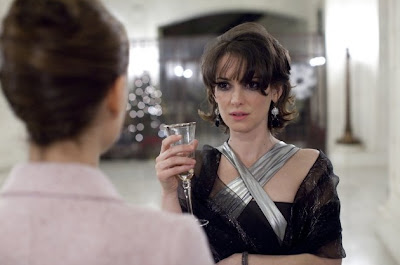 I think director Darren Aronofsky, perfectly happy to let the ballerini act like empty-headed dancing junior high school girls, thought that making us watch a bit of Swan Lake repeatedly, punctuated with pointless touches of horror, would carry the movie. They did not. Most of the movie is burned up with practices or performances of the same dance, over and over, from the finale of Swan Lake. 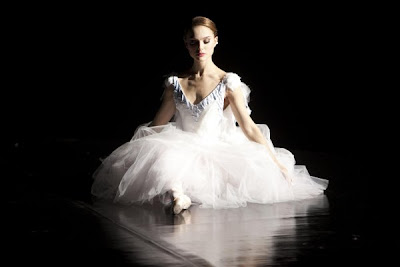 When we are off stage, it is usually to oversee petty but ruthless competition between two vacant ballerini jockeying for the position of Black and White Swan, or sex scenes that fail to be engaging. I thought the whole thing badly acted and written and, frankly, it bored me stiff. Your call.
Reviewed by Shu Zin
at October 17, 2011

Is "ballerini" the proper plural form of ballerina? If so, I've been saying it wrong for years.

Actually, no, the subject of ballet rarely comes up in my conversations. Pig wrestling? Yes. Blondes in short skirts? Definitely. "Yo mama" jokes? Not as frequently as I would like. But ballerini? Almost never.

Well, Doug, I can't tell you how tickled I am at your picking up on "ballerini" - which I made up, giggling snarkily as I used it over and over. It seemed the perfect touch to a review of a self-conscious, pretentious film, and it is definitely tongue-in-cheek.)))
-Shu Z