One of those 1960s “sophisticated” entertainments in which everyone drinks too much, drives too fast in zippy little convertibles, has tawdry affairs, and there’s a character or two that might be gay. This one also has a couple of plot twists too many, and as Julie Christie sleeps her way to the top, you’ll likely need a scorecard to manage all the convolutions. The dreamy assemblage of Christie, Laurence Harvey and Dirk Bogarde never quite gels here, but it’s not director John Schlesinger’s fault. Darling is a 3 hour script crammed into 128 minutes, and it gets a little exhausting. 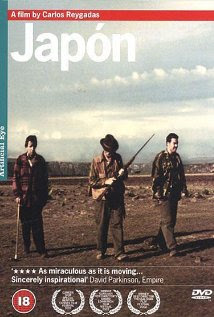 This debut effort from Carlos Reygadas features the bleak physicality of his later films, but fails to establish that perfectly dialed-in mood of existential despair that’s made his work famous – or infamous. The accent here is on the raw and the unfiltered, without the balancing humanism of in Heaven or Silent Light. Fans of the director will recognize a number of trademark Reygadas shot designs, but ultimately, the film seems more like Arthouse porn than the transfixing internal dramas we’ve come to expect.. Japon gets a third star for at least trying to do something interesting, but there’s some shocking stuff here, so don’t watch it with the in-laws. 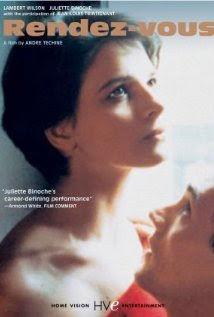 By the time Andre Techine's bohemian anti-romance is over, you will likely have lost any marginal interest in any of the characters. Perky Juliette Binoche plays an archetypal young woman who flees the provinces for the big city to pursue an artistic career and the attendant sexually liberated lifestyle. Along the way, she gets buck nekkid with several miscreants, all of whom turn out to be shining examples of what utter pigs men can be. The most disturbing aspect of this dour snoozer is that it’s a reasonably accurate picture of urban dating life in the 1980s. It’s a miracle we survived.
at August 06, 2011

About spiderman, Superheroes and comic -con