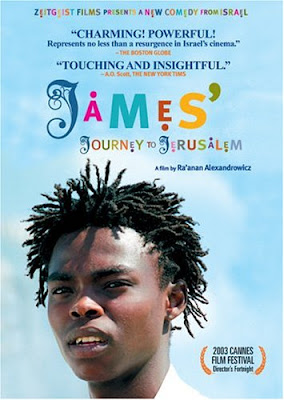 “James' Journey to Jerusalem” is an amusing allegory about a young Christian idealist who is dispatched to the Holy Land by his tribal village. James hopes to learn and absorb as much as he can in the rarified religious air of Jerusalem, and ultimately return to his hometown and assume the role of village pastor. In James’ mind, Israel is still the biblical land of milk and honey and olive trees, but he receives a rude awakening immediately upon arrival at Ben Guirion airport, where he is detained by immigration authorites and handed over to a corrupt dim bulb of a policeman (Yak’akov Ronen Morad). 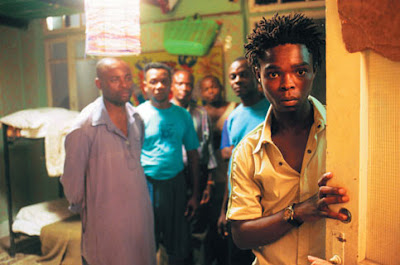 Through some shady dealing, James is then given over to Shimi (Salim Dau), who runs a sort of underground employment agency for undocumented workers. James’ gentle personality and sense of ethics soon earn him a high place in this rather squalid hierarchy, but he begins to fall prey to consumerism and to those who would take advantage of his innocence. Having learned some hard lessons, James decides to beat these hustlers at their own game, and a number of scenes follow that are both humorous and heartbreaking. 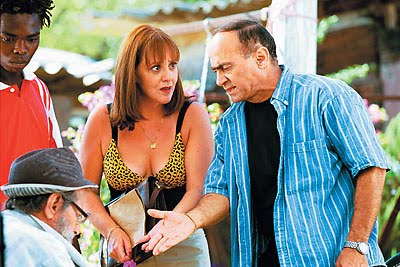 The film has become a festival favorite in recent years, and has been showered with an array of impressive awards. But at heart it is a very simple story, told at a jaunty and engaging pace. And while there are many narrative parallels to biblical tales, perhaps the film is best understood as a postmodern retelling of the Missing Years of Jesus.
More Info
at August 29, 2009

Email ThisBlogThis!Share to TwitterShare to FacebookShare to Pinterest
Labels: James' Journey to Jerusalem