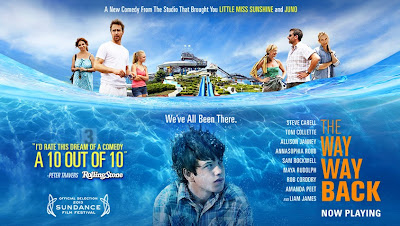 The Way Way Back is a well executed, if somewhat by-the-numbers, teen coming of age film. Written and directed by Nat Faxon and Jim Rash, the creative team responsible for The Descendants script, the film features the same sharply written dialogue and off-beat characterizations that distinguished the 2011 Oscar nominee. Liam James, most recently seen in AMC’s The Killing stars as a shy teenager so withdrawn he borders on the comatose. His divorced mom (Toni Collette) has taken up with a perfectly dreadful car salesman (Steve Carell) who seems intent on fulfilling the role of family disciplinarian. This awkward, ersatz family takes off for Carrell’s crumbling Nantucket beach house for the summer, where James will eventually experience a series of small epiphanies that both shatter his illusions and rebuild his confidence. 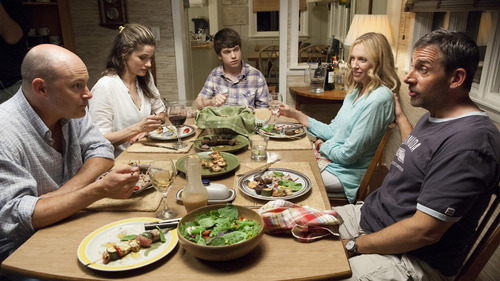 Perhaps the best way to describe the film in broad strokes - very broad strokes - is a grafting of Bergman’s Fanny and Alexander with Ivan Reitman’s goofy summer classic Meatballs. Here, Sam Rockwell assumes Bill Murray’s role as an ultracool hipster who befriends James’ cowering shade of Chris Makepeace. The Bergman side of the equation is supplied by Steve Carell as the meanest potential stepfather since Jan Malmsjö’s turn as the grim Bishop Edvard Vergérus. This role represents something of a breakthrough for the talented Carell; one suspects his middle-age filmography will be littered with an array of villainous jerks. Without The Office’s endearing counterbalances, the man can be truly despicable when he puts his mind to it. 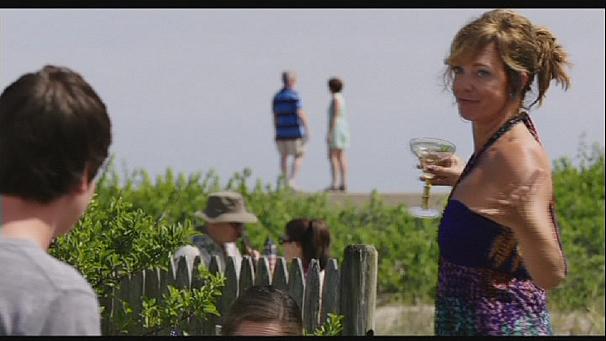