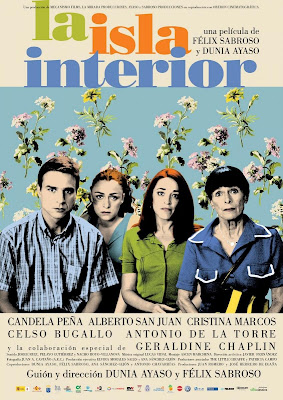 A family's dark legacy of mental illness is explored in The Island Inside, a Spanish production from 2009 now rotating on HBO Signature. Set in the freaking gorgeous Canary Islands, the film tells the story of three adult siblings emotionally damaged by their father (Celso Bugallo) and his long struggle with schizophrenia. But not only is this younger generation burdened by excruciating memories, they also live in constant fear that their father’s illness is buried deep in their genetic construction and may one day prove to be a most unwelcome inheritance.

The Island Inside features some superb acting and through the mournful moods of co-directors Dunia Ayaso and Felix Sabroso each scene weaves a mesmerizing, and completely believable, ensemble structure. Alberto San Juan, as college professor Martin, appears to be a poster child for buttoned-up responsibility, but his life is controlled by strangely obsessive tendencies. Meanwhile sister Gracia (Cristina Marcos), a struggling actress hoping for success on a Madrid soap opera, occasionally seems unable to separate fact from fiction. But the heavy lifting is left to Candela Pena - last seen in Fernando León de Aranoa’s excellent Princesas from 2005 - as Coral, the innocent victim of her father’s most egregious transgressions; whose personality is now a troubling mixture of fiery aggression and abject subjugation.

Geraldine Chaplin makes a surprising appearance as the family matriarch; a bitter woman whose decades of denial of her husband’s illness has extracted a high emotional price from her children. Chaplin glides through this difficult character with a chilly grace. With her children, she perfectly strikes the cold, harsh tones of an enabler of monstrosities, with clearly no intention of accepting responsibility. 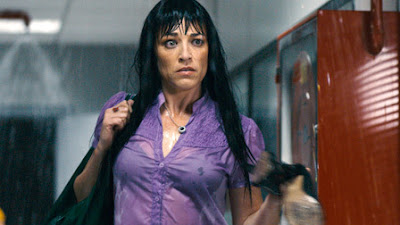 Shot on digital video, The Island Inside has the bright, crisp look Spanish cinematographers favor these days and combined with the tropical beauty of Las Palmas, the film is simply beautiful to look at. Yet underneath its postcard veneer churns a powerful and affecting tale of deeply flawed souls thrust into spiritual confusion and torment due to no fault of their own. The Island Inside remains a poignant and sobering document, and by its somber conclusion you may find yourself a bit more inclined to charity, and a little more tolerant of the folks that drive you - for lack of a better word - crazy.