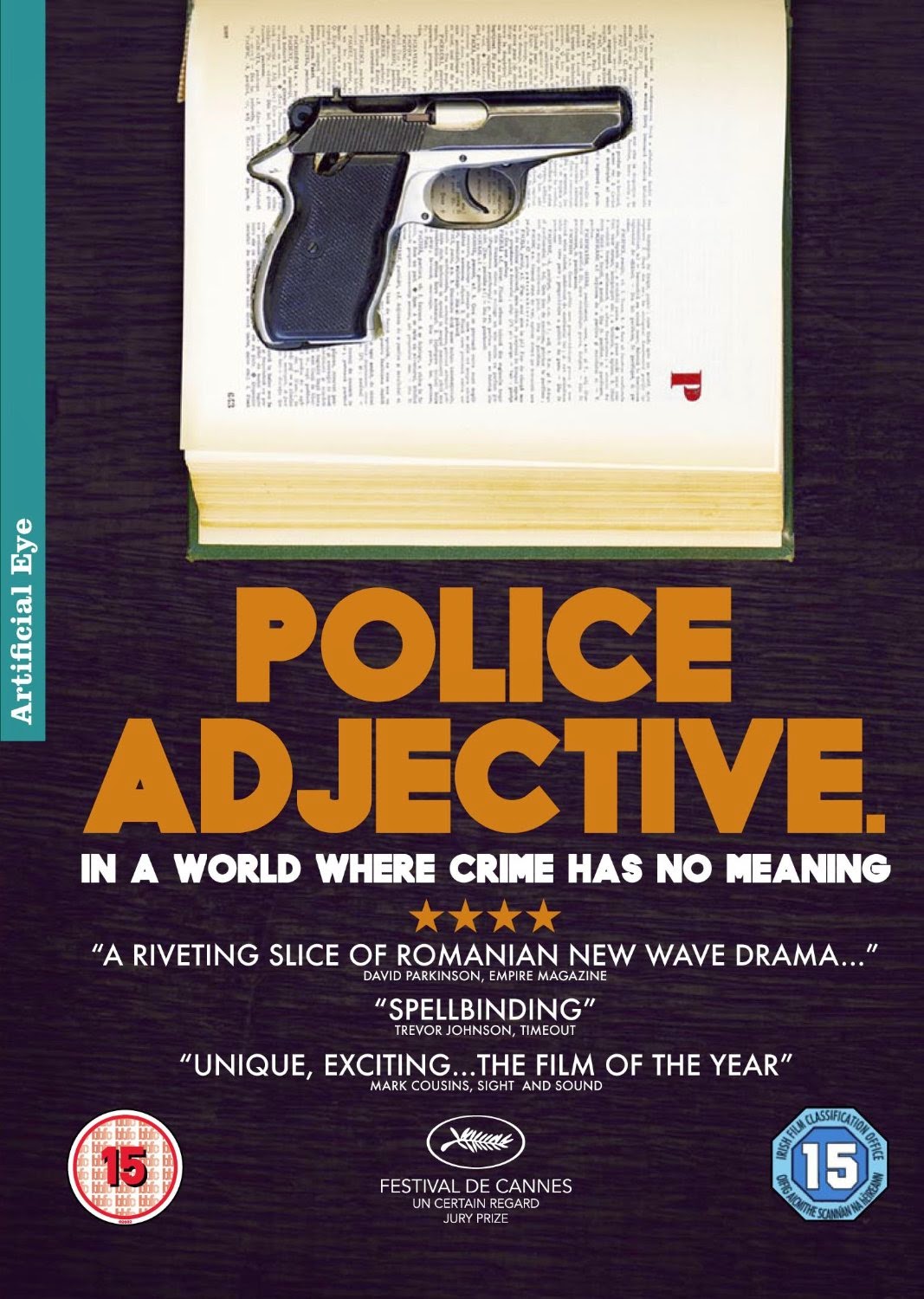 Despite minimal dialogue, Police, Adjective is a film all about words, specifically how a word can have one meaning in the dictionary, and yet another in the heart. Over the course of the film, we spend a few days in the seedy Romanian town of Vaslui, and become intimately acquainted with a 30-ish detective named Christi (Dragos Bucur), who is in the process of investigating a young man named Victor (Radu Costin). 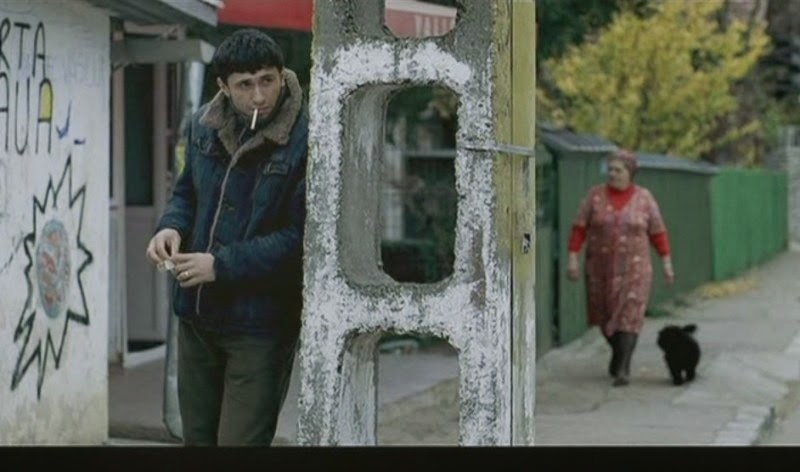 Victor’s former friend Alex (Alexandur Sabadac), a young man so oppressed by his parents he seems afraid of his own shadow, has squealed to the authorities about Victor’s pot smoking, and Christi has been tasked with collaring this dangerous miscreant. But Christi’s investigation has revealed Victor to be a quiet, responsible and entirely unremarkable young man who simply enjoys a few tokes after work in the company of his pals. 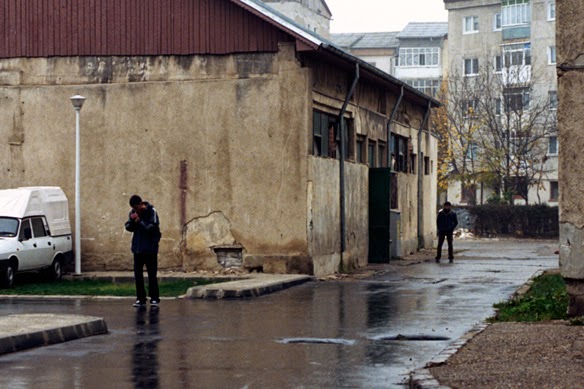 Christi is torn because in his heart he feels this is a victimless crime. Plus the fact that in much of Europe laws against marijuana and hashish usage are rarely enforced. He begins to drag his feet on the investigation, and decides to focus instead on informer Alex’s motives, which are more suspicious and troubling to Christi than anything Victor may be smoking. But the pressure to quickly resolve this simple case from Christi’s superior (Vlad Ivanov) can be resisted only for so long. As a film, Police, Adjective is the antithesis of a police thriller. Much of the film consists of Christi quietly following various suspects on foot; through decrepit neighborhoods compete with barking dogs and a hither-and-yon scattering of abandoned cars. These repetitive hikes will prove challenging for many viewers, sleep-inducing to others, but director Corneliu Porumboiu uses these gloomily atmospheric sequences to help us better understand the attitudes of both hunter and hunted. In such squalid environs, getting stoned seems like a perfectly logical endeavor. The filmmaking is rudimentary and simplistic - static shots with no editing within the scene - but it creates a powerful and hypnotic sense of reality. Through Porumboiu’s grimy available light compositions, the viewer feels much more involved and integral to the proceedings than in any of the 3-D Hollywood blockbusters currently on the market. 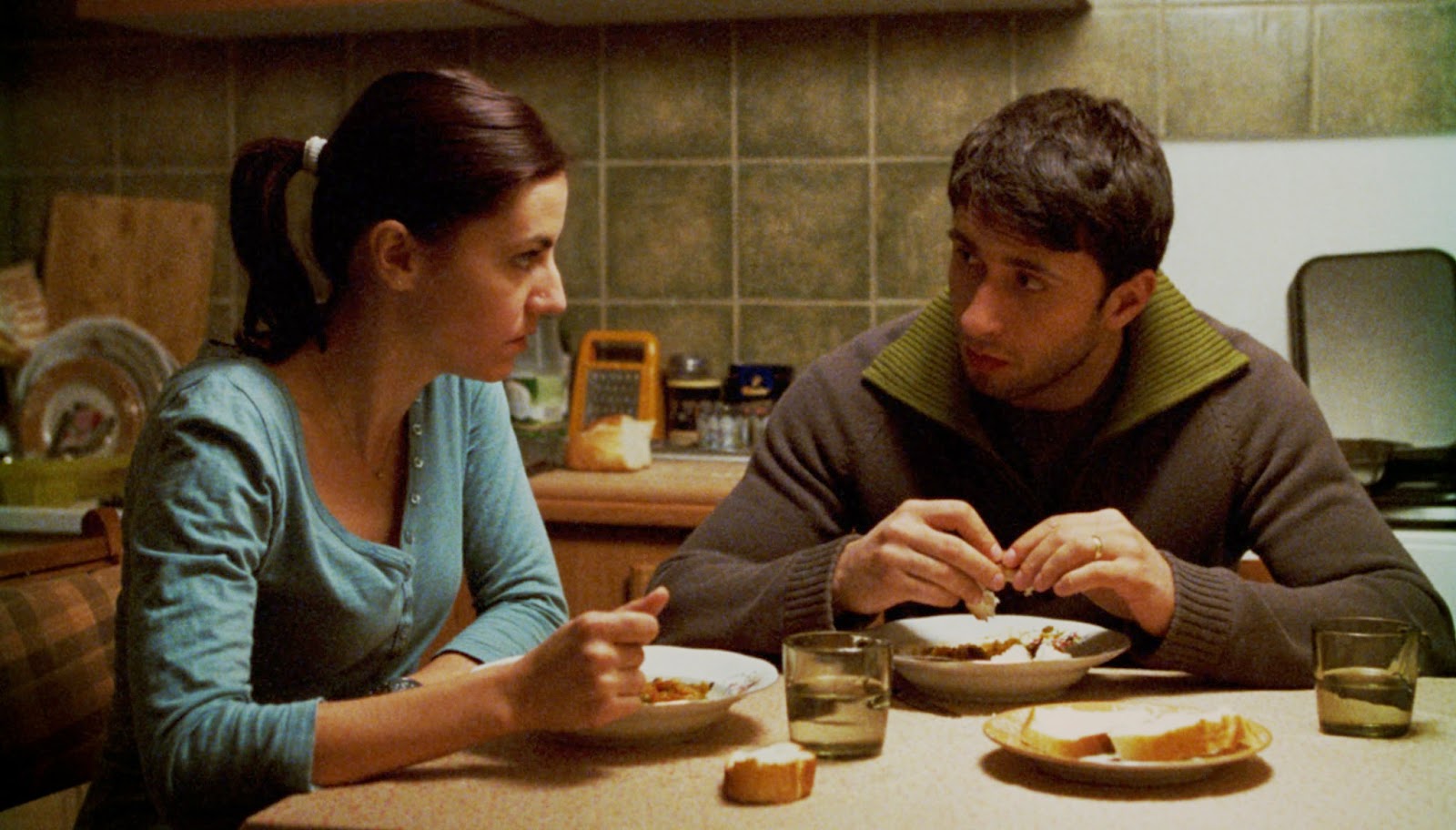 But all is not brooding introspection. In a comedic sequence, Christi and his wife Anca (Irina Saulescu) debate the merits of a pop song that brims with over-the-top sentimentality. Anca, a school teacher, attempts to explain to her literal-minded husband how words can be used to create images that transcend their actual meanings; or, if you prefer, how words can be interpreted and felt in addition to being merely understood. But little does she know that she is laying the groundwork for her husband’s eventual downfall into reluctant compliance with conventional wisdom. This subtle plot construction becomes fully realized when Christi is called into a meeting at his boss’s office and a Romanian dictionary is used to arbitrate Christi’s moral dilemma. 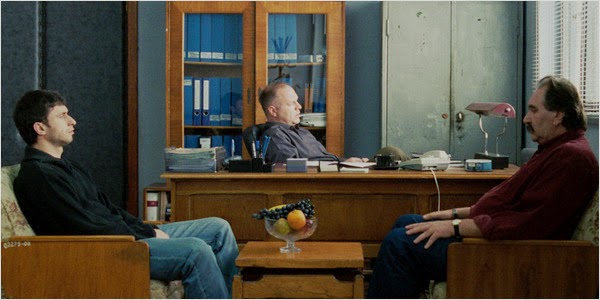 Police, Adjective is a film that manages to ultimately dazzle despite its dark ambience of grime and decay. Like police work itself, it alternates between spiritually exhilarating and mind numbingly dull. But you will come away with the feeling that you have just experienced something real. Warts and all. And isn’t that what movies are all about?