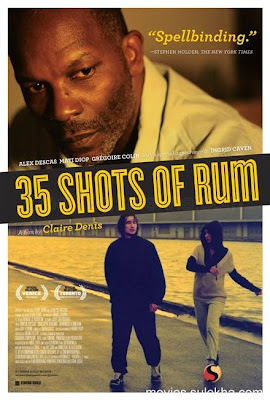 35 Shots of Rum is a remarkable existential drama about the intersection of some thoroughly unremarkable lives. Loosely based on Ozu’s Late Spring, director Claire Denis plops us into the middle of the daily doings of a family of immigrants – what’s left of the family anyway – in a grimy outer suburb of Paris. What follows is a series of snapshots that, at first blush, depict the quiet desperation and common banalities of everyday life. But through her unique directorial prism, Denis is able to illuminate nuggets of bravery buried deep within. As a narrative, 35 Shots of Rum doesn’t advance so much as infect, and while ultimately there’s little in the way of catharsis, viewers will find the film a satisfying and haunting sojourn. 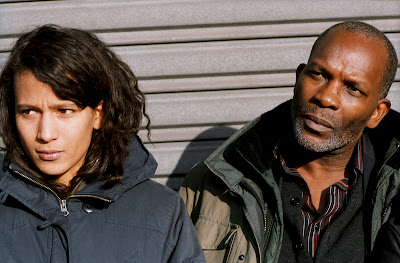 Interweaving train tracks serve as an introductory metaphor, and while the steel strands present a confusing selection of paths, they eventually all end up in same place. Along these mesmerizing rails travels the alert and focused Lionel (Alex Descas), a middle-aged RER driver of African descent. Returning home is his 20-ish daughter Josephine (Mati Diop), an attractive young woman who has her heart set on an electric rice cooker for her birthday. Josephine’s mother died years ago, and she and Lionel evoke the tender silences of family members who have survived a shared trauma. Gabrielle (Nicole Doque), a mature lady cab driver is folded into the narrative mix without a word of explanation, along with a businessman named Noé (Gregoire Colin). 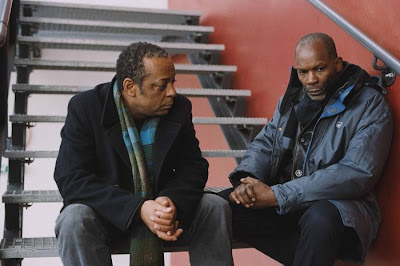 Denis allows us to flounder with these relationships for awhile, creating in viewers an intriguing sense of a departure into the strangely familiar. 35 Shots of Rum manages to link worlds of dreams with complacency, forging a scenario that seems almost too real to be real. Slender, fragile threads define reality for Denis’ characters, and when those strings are severed new possibilities – both good and bad – soon emerge. When Noé’s ancient cat dies, he realizes he can finally move to accept a lucrative job offer, while Lionel’s former co-worker (Julieth Mars Toussaint) will find retirement an untenable adjustment. Meanwhile, another passage looms as Lionel prepares for Josephine’s past due departure from the nest, but the shy attentions of a café owner (Adele Ado) offers a glimpse of the possibilities for his new life. 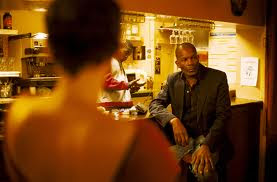 Despite momentary flights of fancy, for Denis’ characters the routine of life proceeds at a desensitizing rhythm, just as passenger trains travel their scheduled routes in a hypnotic clatter. The most revealing moments of backstory occur near the end of the film during a road trip to a German village, where details of Lionel’s life are given bittersweet clarity. Descas and Diop shine in this sequence, projecting a mix of deep respect and mortal awareness through poignant and gentle moments. Their long voyage as parent and child is drawing to end, and soon they must separate under the thick gray skies of Parisian winter. Like the windows of a speeding train, Claire Denis has made us appreciate, understand and see a bit of ourselves in 35 Shots of Rum’s passing reflections. And if we look past the nearby blur, the quiet wonders of the human landscape are revealed in the distance.