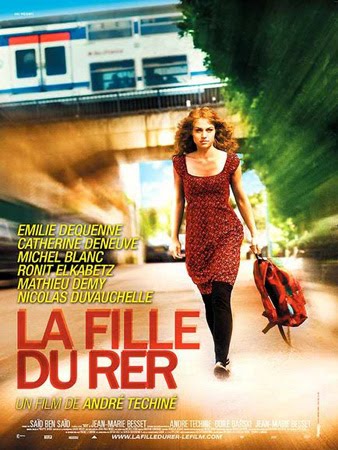 The Girl on the Train is a complex and richly observed film all about lies; big ones, small ones, kind ones and dangerous ones. Emilie Dequenne – proving her Palme d’Or winning performance in Rosetta was no fluke – is outstanding as an aimless young woman named Jeanne, who seems to be just marking time and waiting for her life to begin. 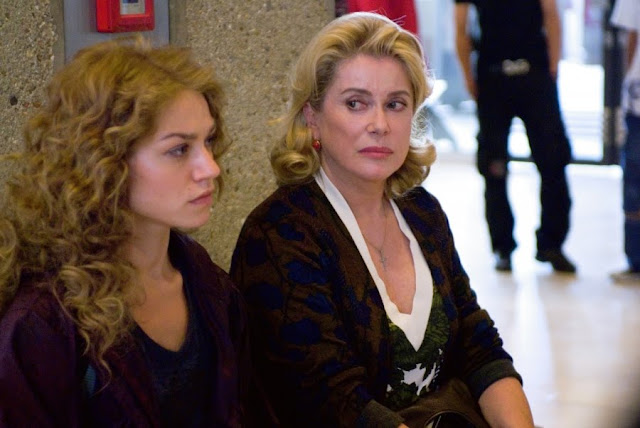 She lives with her mother (Catherine Deneuve), who runs a day-care out of their home and scours the internet want ads in search of secretarial work for her unambitious daughter. Concurrently, we meet a Jewish family lead by a successful lawyer (Michel Blanc), his precocious grandson Nathan (Jeremie Quaegebeur) and Nathan’s estranged parents (Matheiu Demy and Ronit Elkabetz). The film is divided into two parts, and the bulk of the first act deals with Jeanne’s burgeoning relationship with a dodgy amateur wrestler (Nicolas Duvachelle), who mysteriously always has plenty of Euros on hand. 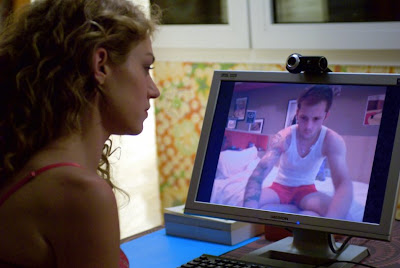 The impressionable Jeanne slowly falls under the full sway of her hunky suitor, but an act of violence reveals the shocking true nature of their relationship, and eventually Jeanne realizes that in the most important romance of her life, she has been treated as a virtual nonentity.  The sum total of the lies Dequenne has been told throughout the film begin to seriously affect her psyche, blurring her own ability to judge real from imaginary. 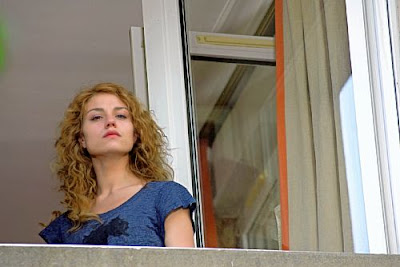 She then concocts a fable that casts her as the pitiable victim of a hate crime, and the news media, being what it is, latches onto the story and transforms it into a nationwide spectacle. When Deneuve turns to her old flame Blanc for legal help, eventually Jeanne meets young Nathan, whose unrelenting frankness gets him barred from the dinner table, and two of them spend an innocent night together that shows her the value of sharply defined truth, and ultimately changes her course in life. 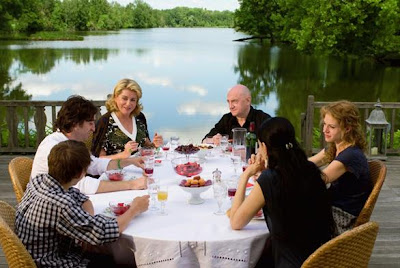 Director Techine is operating on many levels of commentary here, and he does a great job of tangling the narrative threads in such a way that they form a strong rope rather than a hopeless jumble. He uses visual design as a subtle way of depicting not only class differences, but mental acuity as well. 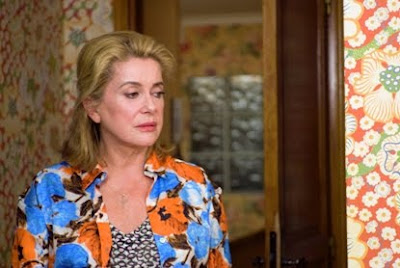 Deneuve and Dequenne dress in garishly mismatched colorful patterns, while Blanc and his family are always clad in muted solid colors. Deneuve’s suburban home is decorated in busy floral prints while Blanc’s office is painted in charcoal and off white. Blanc invariably leaves his window open, letting in the clamor of the street, and while his daughter-in-law complains about the noise, Blanc is so mentally focused the din does not bother him. 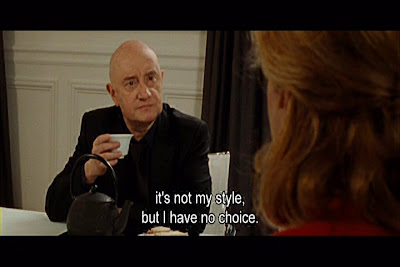 Blanc is not susceptible to outside influences, be it the rumble of random traffic or the droning of the news media. That trait has been inherited by Nathan, who sees through the clutter of adult lies with wisdom far beyond his years. Or perhaps, like a character from a J.D. Salinger story, it is his lack of years that gives him such moral certainty. 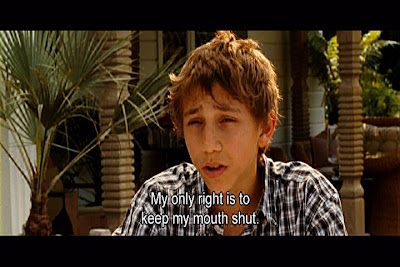 Regardless, Nathan and Jeanne manage to find their way to personal peace, despite the swirling maelstrom of distortions and half-truths that surrounds them. And yes, Nathan’s character does take on religious overtones, as if this young Jewish child has been sent to save the world; and if not the whole world, at least one confused and bewildered soul. 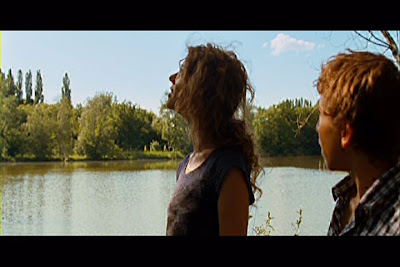