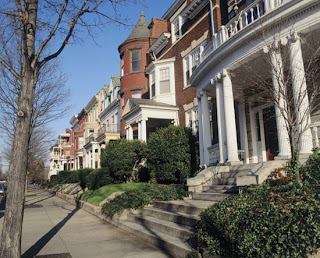 Global warming began in earnest in the sweltering summer of 1977, when a simmering cloud of white steam settled over the southeastern United States and, like an unemployed relative, laughed off all suggestions it should leave. I was living in a third floor walk up apartment in one of the few buildings that weren't destroyed in the 1865 burning of Richmond, although most of the current residents wish it had. To such an ancient brownstone, the concept of central air conditioning was as impractical and exotic as molecular teleportation. As a poverty stricken college student I didn’t have the resources to buy one of those newfangled window units and, even if I did, the building’s woefully inadequate asbestos wiring wouldn’t have handled it. 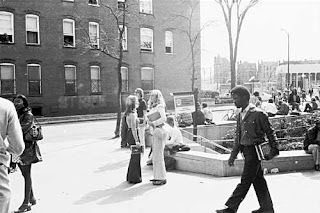 Even my workplace provided no relief. I had a part time job delivering copier paper to university offices. During the summer there weren’t many deliveries to make so I had to sit in the store room, ever poised to answer a phone that never rang. And, as luck would have it, the storeroom was located next to the university’s enormous oil-fired boiler which supplied hot water for much of the campus. Even though there weren’t many students in the dorms, the few who remained apparently had some sort of cleanliness compulsion as that iron contraption ran day and night. The boiler heated not just water but the adjacent area as well, the way a blazing woodstove heats a mountain cabin. As July lumbered into August, I sat there in that stifling dump of an office, reading The Illiad and porcinely sweating, surrounded by reams of paper that seemed on the verge of combustion. So, in my free time, my life became a quest for air conditioning.


The search for a cool, not necessarily well lighted place basically had 2 criteria: it had to be a place where one could spend a lot of time without spending a lot of money and also a place where one wasn’t likely to be arrested for loitering. At first, the somewhat filthy neighborhood bar known as Hababa’s seemed the perfect spot. It even had one of those “Come on In, It’s Kool Inside” cardboard signs on the door that were given out by cigarette jobbers in the 1960s. I’m sure you’ve seen them, they usually featured an illustration of a penguin clad in scarf and toque merrily puffing away on a coffin nail. Hababa’s was one of those dark, dingy joints that you just know is a front for some sort of scurrilous enterprise. I’d wager that if the squalid bathrooms could talk, they’d spin harrowing yarns of drug dealing, prostitution and projectile vomiting. 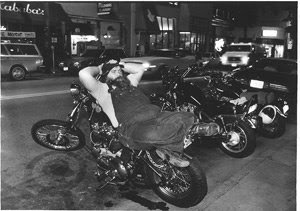 But Hababa’s draw was not just the aggressive A.C. The owners had the foresight to offer draft beer for only 25 cents a pull, every week night until about 9 o’clock. And while I technically wasn’t old enough to drink, no one at Hababa’s gave a flying fig. I suppose if you are running a white slavery ring out the back, worrying about Virginia’s ABC laws seemed like sweating the small stuff.


All went well until one night when a buddy and I were having one of our deep philosophical discussions, fueled by the fine products of the Anheuser-Busch Brewing Company of Saint Louis. Missouri, when the barkeep overheard me allude to my friend that, in my opinion, the right side won the Civil War. Well, in most of the world this would be considered a noncontroversial, indeed even sensible, position. But within the state boundaries of Virginia one just didn’t say such things in public. Not in 1977 anyway. My friend and I immediately had our sudsy glasses yanked, as the bartender growled at us in Vuhginya patois: “Yall git the hail artta heah!” My buddy and I just looked at him in stunned silence. “Gwan witch ya…rye now!!” he repeated and, for emphasis, pointed at the door with a stabbing motion. I then noticed that his arm was a complex web of ropy sinews, well defined musculature and massive veins throbbing with intense vexation. My friend and I decided perhaps it was best to take our custom elsewhere, but I would like it known that we did not actually run to the door as local legend has it. No, I was just walking.

You see, I’ve always been a fast walker.