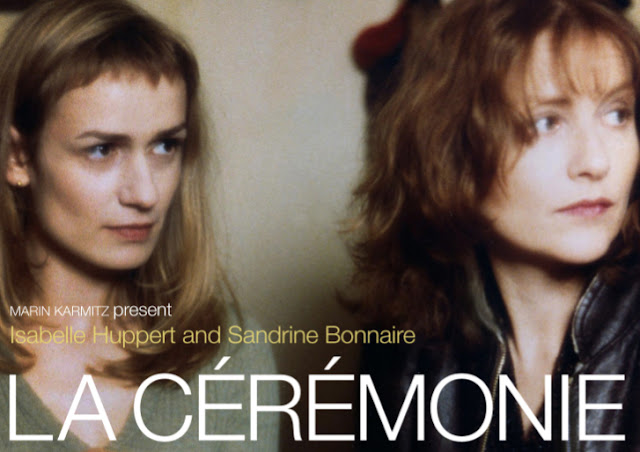 Claude Chabrol’s La Cérémonie (1995) is a twisted tale of class warfare, mental illness and the thin, fragile wall that separates polite society from barbarism. The well heeled Lelievres (Jacqueline Bisset and Jean-Pierre Cassel) have hired a new maid named Sophie (Sandrine Bonnaire) to housekeep their sprawling estate in Brittany. In the early going, the family is delighted with their hard working new hire, but Sophie’s reclusive nature and lack of social skills soon set the household on edge. Meanwhile, Sophie strikes up a reluctant friendship with the town’s postal clerk (Isabelle Huppert), an unbalanced woman with a violent past , who is engaged in a long simmering feud with the Lelievres. Under Huppert’s influence, the isolated Bonnaire grows to resent her employer’s wealth and lavish lifestyle, sparking a final, and shockingly violent, confrontation. 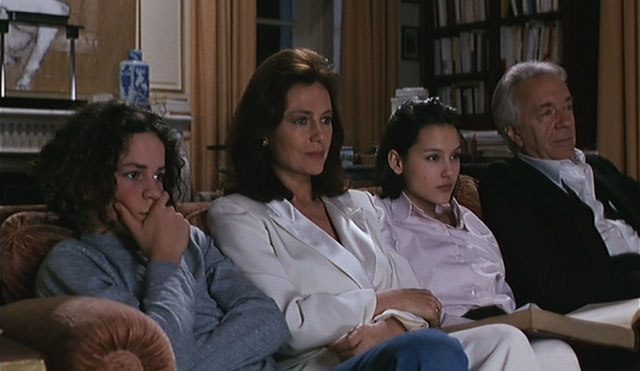 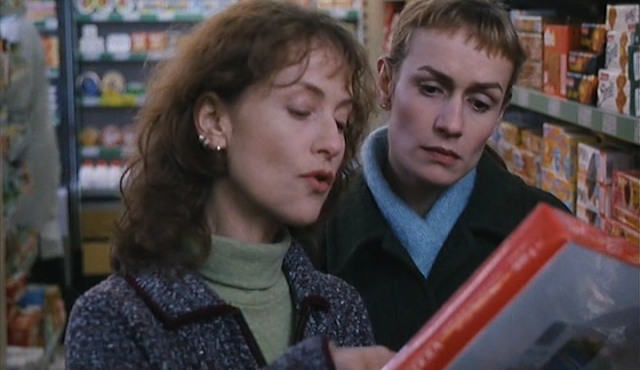 The prolific Chabrol is generally considered France’s version of Alfred Hitchcock, and it’s a well deserved accolade. His career spanned six decades and over 70 feature films, shorts and documentaries, with the bulk of his output dealing with the dark secrets and free-wheeling criminality of France’s upper-class. Even his crime drama procedurals tend to show the limits of conventional police work, often focusing on the frustrated victims who are forced to take the quest for justice into their own hands. In my opinion, the early work of Chabrol can be hit-or-miss, but the success of La Cérémonie launched a resurgence for the director. He would live another 15 years and during that time create some of his best films, including Merci pour la Chocolat (2000), Flower of Evil (2003) and Girl Cut in Two (2007). Those looking to explore the cinema of Claude Chabrol will find the excellent performances and disturbing gothic creepiness of La Cérémonie a good place to start.
at August 30, 2015

Isabelle Huppert will star in the new Paul Verhoeven thriller. I am really looking forward to that one.