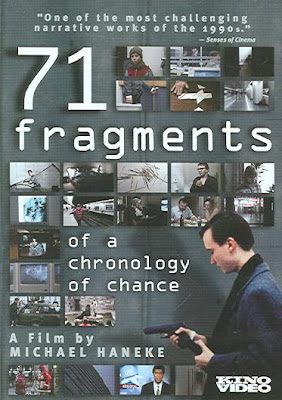 This formative work by Michael Haneke takes place in the autumn of 1993, when the talking heads of TV news were obsessed in equal measure with Bosnian War atrocities and Michael Jackson’s alleged pedophilia. The film concerns a random group of Viennese residents whose bleak lives mirror those confusing and unbalanced priorities. 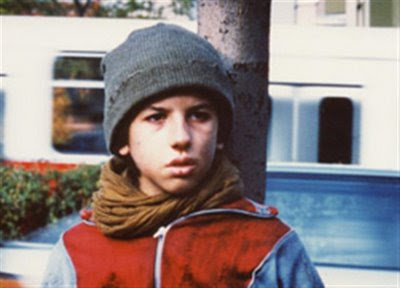 We meet a runaway boy from Romania who hustles a living on the street, a professional couple attempting to adopt a withdrawn, and possibly abused, little girl, a middle-age Brinks driver in a crumbling marriage, a feeble pensioner ignored by his daughter and a computer science student whose pleasant demeanor hides a potentially violent inner turmoil. We get to know these characters through a series of seemingly banal vignettes, all presented in an early form of Haneke’s patented style of subjective hyper-realism. 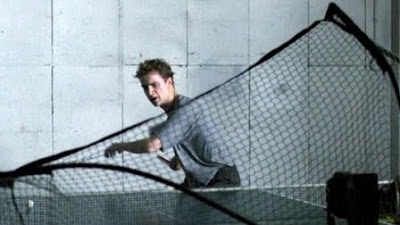 That approach, made famous in such later films as Cache and Code Unknown, is not quite perfected here - there’s a bit of traditional coverage editing and virtually no camera movement – but we can clearly see its stylistic beginnings. Yet Haneke, who loves taking audiences out of their comfort zones, manages to find other ways to quietly alarm us.  The scenes are frequently interspersed with brutally abrupt cuts to black, often in the middle of a word of dialogue, which makes the characters seem strangely vulnerable and hints at an unseen malevolence. 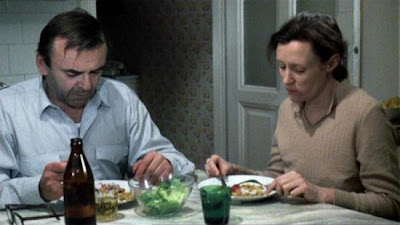 A brain teaser continues the spiritual allusions, as a scene involving college students attempting to form a cross from bits of torn paper is used as a recurring motif. In what has to be one of the least subtle metaphors of Haneke’s career, the problem is ultimately solved, quickly and easily, by employing scientific principles on a computer. For those new to Haneke’s milieu, 71 Fragments is not a bad place to start. It’s accessible, socially relevant and contains none of the graphic shock imagery that causes wariness in even his most devoted fans. 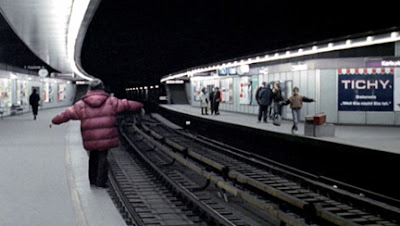 Yet this film has the same complex humanism, stratified storytelling and grimy urban textures that characterize his best work. Seven years later, Haneke would have an international breakthrough hit with Code Unknown and, in many ways, 71 Fragments is like a dress rehearsal for that film.