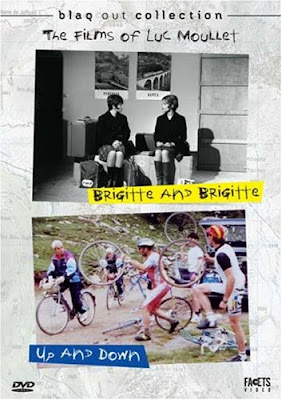 In Brigitte and Brigitte, two college girls from the hinterlands meet up in Paris and discover they have similar names, go-go boots and kicky hairdos. They also share a morbid fear of being labeled hicks, so they are easy prey for every pseudo-sophisticated poseur on the left bank. 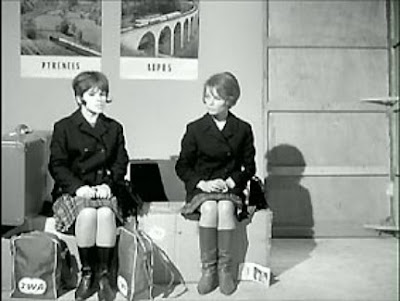 That's about all there is here in terms of narrative, as this film consists mainly of loosely structured, rather pointless scenes. Some are blatantly symbolic and others are just kind of silly. But the film should please fans of the French New Wave, and its charming B/W photography features a number of interesting shots of Parisian landmarks and street life. 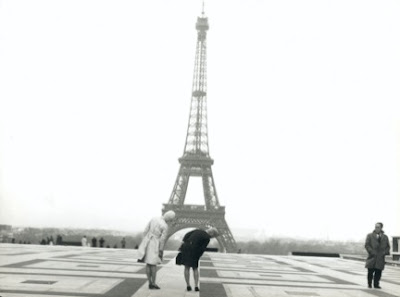 On the downside, there's some rather shocking and gratuitous racist opinions offered by one of the girls' would-be boyfriends that really add nothing to the development of the characters. On the whole however, this is an entertaining and watchable comedic film, if your mind is open to this uniquely French style of absurdist realism. And it reinforced my belief that to have been a young adult in Paris in the 1960s was about as good as it gets.