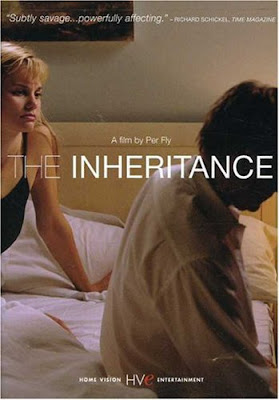 “The Inheritance” is an interesting, involving Danish corporate drama that presents the viewer with a number of unexpected challenges. The production is competent and slick, the direction and acting consistently strong, the photographic style is appropriately moody and the editing is brisk without being flashy. Yet, there’s very little here in the way of catharsis, in fact, the film has a curious feeling of anti-catharsis, and just about everyone here devolves into a grim, reptilian self interest over the course of the proceedings. 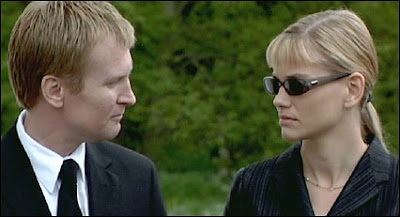 Ulrich Thomsen is excellent as Christoffer, a happily married Stockholm restaurateur, who is summoned back to Denmark to save his family’s steel empire; a concern mired in enormous debt kept hidden for years by fraudulent accounting. Under the urging of his manipulative and controlling mother (an ice cold Ghita Norby) Christoffer institutes a series of draconian reforms designed to attract a buyer for the failing enterprise. 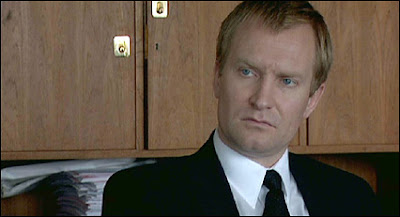 These reforms come at an enormous cost, as the employees, the family and Christoffer’s own humanity are profoundly affected. Despite its austere and intellectually engaging execution, the script treads awfully close to soap opera territory, and there are times when the film feels like the sort of thing regularly found on Lifetime Movie Channel. But there are no pat or heartwarming resolutions here, as it becomes clear that Christoffer’s sense of duty has transformed him, and requires him to pursue a path totally incompatible with his former self. 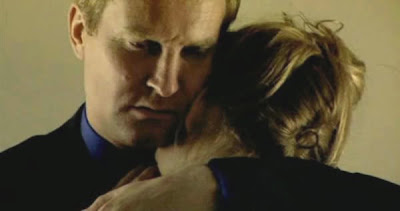 This conflict forces him to make a choice at the film’s conclusion - a choice that can be viewed as either coldly callous or the ultimate self sacrifice- and director Per Fly’s ambivalent storytelling extends that dilemma to the audience as well. This is not a film for those seeking multiplex yucks; in many ways it is as tough and impenetrable as steel itself.

Email ThisBlogThis!Share to TwitterShare to FacebookShare to Pinterest
Labels: Danish Cinema, Per Fly, The Inheritance, Thomsen