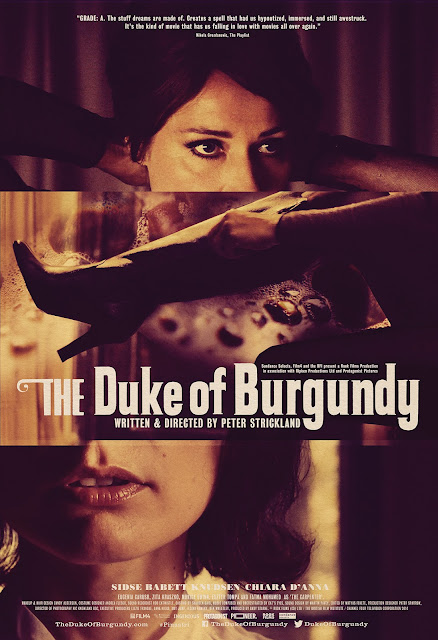 Now on Netflix WI, The Duke of Burgundy is an eerie S&M gothic about two amateur lepidopterists (Sidse Babett Knudsen, Chiara D’Anna) who fill their days with intense studies of butterflies and their nights with all manner of kinky role play. Writer/director Peter Strickland’ s deviant drama is set in an unnamed European country, apparently during WWII - by deduction of a few subtle clues - and takes place in a small village completely devoid of young men. As the women ride their bicycles through sun dappled forests on their way to arcane lectures on the burrowing habits of larvae, oddly positioned mannequins fill the back rows of the modest lecture hall. This is one of many disorienting elements of The Duke of Burgundy, and serves audiences notice that they’d better brace for death by a thousand metaphors. 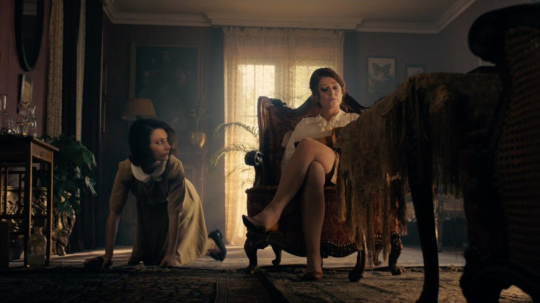 The film often feels like Blue is the Warmest Color as directed by Michael Haneke, but while the story is sexually frank, it is not visually explicit. Even in their naughtiest endeavors, Strickland’s actresses are generally clad in enough variations of silky lingerie to keep a Victoria’s Secret franchise happily stocked for months. The dynamics of this furtive relationship appear to be clearly settled, yet the position of dominance has - like the couple’s sexual positions - a few unexpected shifts over the course of the film. Babett Knudsen’s emerging preference for frumpy PJs signals a personal revolt, and rapidly approaching trouble in paradise.

Over its 100 minute duration, the film manages to remain interesting in a voyeuristic sort of way, but it’s difficult to say what point Strickland is trying to make. The obvious conclusion is that domesticity can become dull, petty and filled with recriminations despite extremely unconventional participants, but one would hope for messages beyond stale platitudes. The frequent cutaways to shots of butterflies, not to mention D’Anna's unusual sleeping arrangement, presumably signify something, but they’re allegories without context. The lives of butterflies are marked by extreme and speedy changes, and ultimately The Duke of Burgundy is the story of a relationship where change is strictly forbidden. 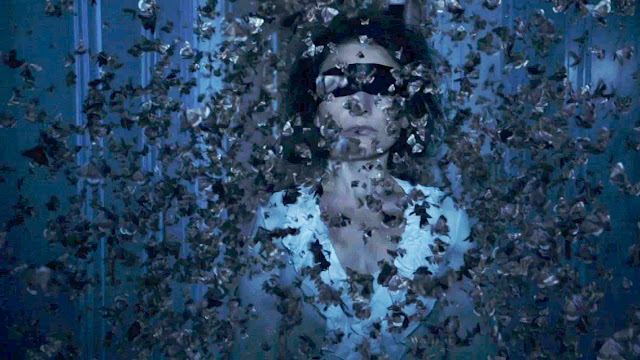 The film does evoke a strong mood of darkness and dread, and often feels more like a horror film than a love story. Veteran BAFTA winning cinematographer Nic Knowland does a fine job of crafting a grimy, steampunk visualization for a story that lesser talents would interpret with Radley Metzger style soft focus and lens flares. The performances here are also first-rate, with Strickland generally casting against type to surprisingly strong effect. However the film never quite delivers on its promise, and somehow feels incomplete and adrift. Sidse Babett Knudsen became an international star for her excellent work in the TV series Borgen, in which she played the Danish Prime Minister. She’s eminently watchable in The Duke of Burgundy as well, but her fans will probably wish she would get out of bed, put on one of her nice power suits and go tackle Denmark’s economy.