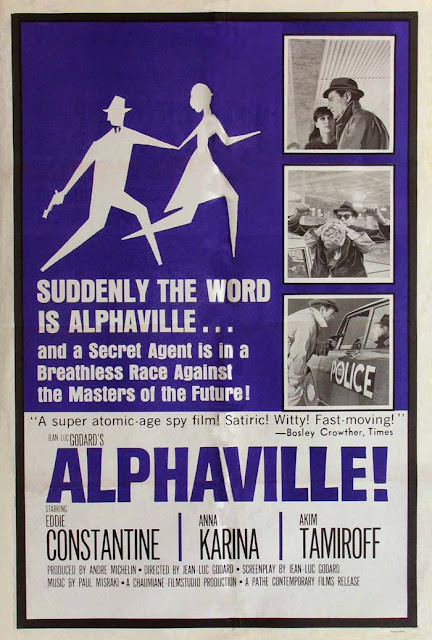 “Everything weird is normal in this bitch of a city.”

Thus, futuristic gumshoe Lemmy Caution renders his judgement on the world of Alphaville, Jean-Luc Godard’s New Wave classic from 1965. Released 50 years ago today, Alphaville stands as a high style mashup of Film Noir and Sci-fi, with a healthy dose of Godard’s patented absurdism thrown into the mix. Nothing about this film proceeds as expected, yet with its intentional use - indeed celebration - of cinematic cliches Alphaville feels as familiar as an old shoe. It’s as if Godard demolished a Hollywood movie, stripped away the frills, looted the essentials and rebuilt it slightly out of square. 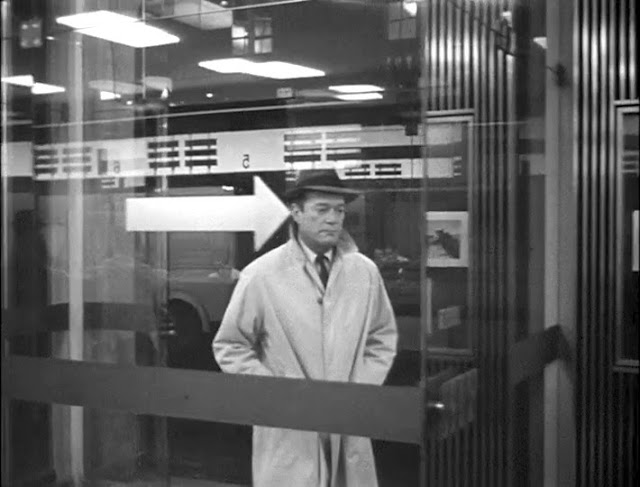 In Godard’s skewed universe, the preferred mode of interstellar travel is by car, a Ford Mustang to be precise, and such a conveyance has brought hard-boiled detective Lemmy Caution (Eddie Constantine) to Alphaville’s sterile, authoritarian confines. There he encounters an assortment of thugs, prostitutes and stone-faced bureaucrats, all under the control of Alpha 60, a massive computer that has banned art, poetry and use of the word “why” among the populace. With the help of a mysterious young beauty (Anna Karina), Lemmy seeks to destroy Alpha 60 and prevent a galactic war the device will soon launch. 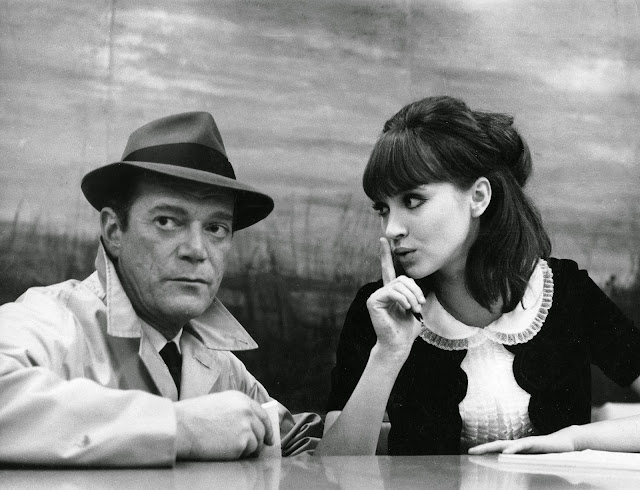 As with any Godard film, notions of plot are secondary to the director’s whimsical twisting of filmmaking conventions and his trenchant observations on society’s ills. Along with pistols and fedoras, there’s plenty of 1960s political subtext and some strangely prescient story elements. In a scene eerily reminiscent of a recent American military adventure, Alpha 60 decides that the outlying planets may attack it one day, therefore an immediate preemptive war is the only answer. The career of Jean-Luc Godard spans six decades and includes over a hundred feature films and documentaries. Of that lot, Alphaville remains one of his most accessible and enduring creations. Its haunting swirl of abrupt sounds, shifting styles and iconic images makes Alphaville a significant milestone in the evolution of cinema.
at May 05, 2015

Thanks for the fine review and I love that poster.

This may come as a surprise, but I have always enjoyed this film.

I have to see so many of these. Also, I never realized how lovely Rachel Weisz's breasts are. KaZOWie!