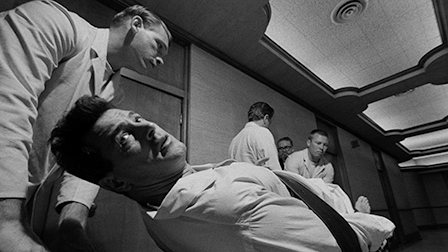 Selected for the Main Comp at the Cannes Film Festival in 1966, John Frankenheimer’s Seconds is a grim, nightmarish thriller that embodies many distinctive aspects of 1960s American cinema. Largely forgotten – one could argue for good reason – by all but the most devoted Frankenheimer fans, the film combines classic noir stylistics with the era’s emerging tremors of social revolution. Folded into the mix are elements of Sci-Fi and speculative fiction, creating a “what if” story filled with metaphors, meditations and mind-games.