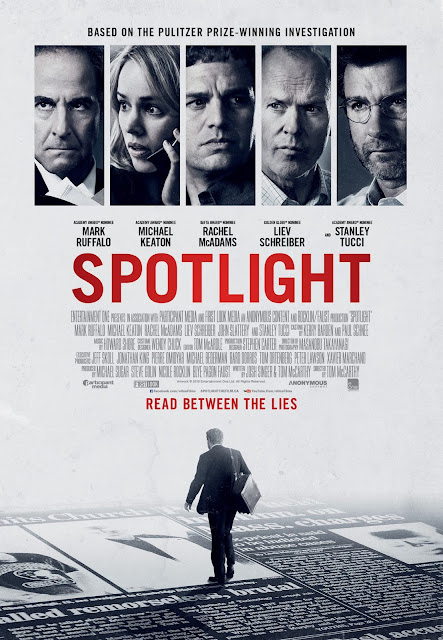 Spotlight is a taut, gripping drama detailing the efforts of a team of Boston Globe reporters (Michael Keaton, Mark Ruffalo, Rachel McAdams and Brian d’Arcy James) whose tireless work to expose pedophile priests sent shockwaves through the world’s Catholic communities. The film has been compared to Alan Pakula’s All The President’s Men (1976) and there are definite similarities, not only in look and feel, but in how the investigation exponentially grows, revealing an ever widening circle of corruption and cover-up that includes some of the city’s most respected figures. But while the film centers on the countless hours of legwork logged by its intrepid reporters, it never lets viewers forget the true victims of this scandal: the young people who were brutally robbed not only of their innocence, but of their faith as well. 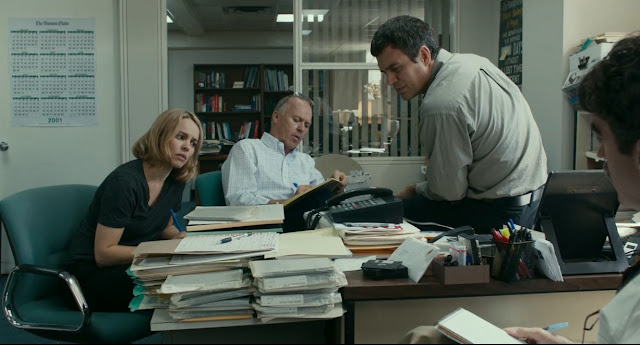 Josh Singer and director Tom McCathy’s sharply honed script moves along at a brisk pace, condensing decades of backstory and years of complex sleuthing into a clear and simple narrative. It’s ironic that the film stars Michael Keaton, for in many ways it is the Anti-Birdman; its full speed ahead approach washed clean of indulgent subplots and violent escapades; refreshingly anchored in the nuts and bolts of real-world investigative journalism. Spotlight is a story of research, of long nights spent in front of microfiche readers, of cryptic letters and boxes of dusty files, of arcane legal procedures and genial public officials lying through their teeth. It is the banality of evil made chillingly manifest through the bland ephemera of records, notes and contracts. 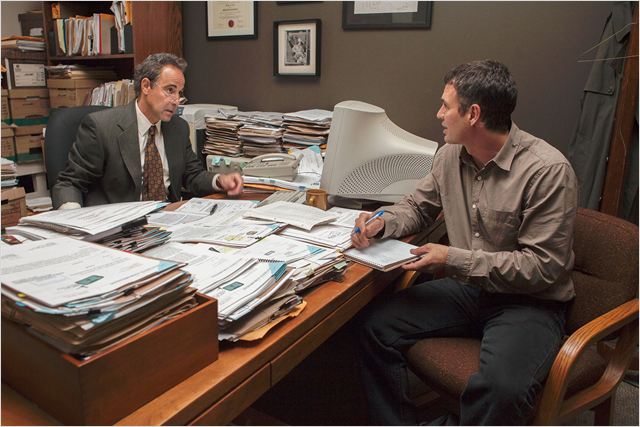 The film’s cast has been nominated for the SAG Ensemble Award, and it’s difficult to imagine a film better suited for the honor. Keaton, Ruffalo, McAdams and James comprise a well functioning machine of discovery, with each talent is given equal weight in the proceedings. But some of Spotlight’s most memorable performances are achieved by characters that confound our expectations. Liev Schreiber’s soft spoken editor, a recent Florida transplant, encourages his charges to shake up the stuffy Boston system, just when we have him pegged as a bean counter. Stanley Tucci, at first unrecognizable in a flowing mane, is brilliant as a gruff ambulance chaser with a heart as soft as Jello, giving him a needed respite from the outsize cartoony characters he’s been churning out lately. And John Slattery, ever the affable privileged preppie who secretly suspects the world has gone to hell, completes the All The President’s Men analogue as the harried Ben Bradley Jr., looking every bit the love child of Jason Robards. 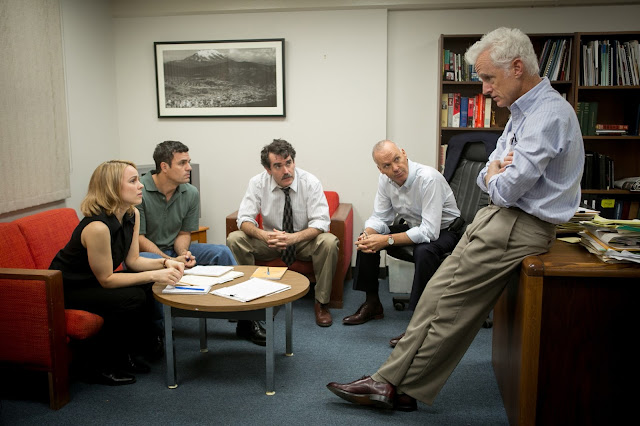 The earth-shattering findings of the Spotlight crew were published just a few weeks after 9/11, at a time when Americans were in no mood to have their trust in the world’s venerable institutions squelched. But while the nation was worried about Islamic terrorists hiding under their beds, there was a more prevalent menace lurking, adorned in the sacred vestments of Christendom. The film’s coda, which deals with the thousands of victims who were inspired to step out of the shadows due to the Globe’s reporting, is executed in the same unadorned cinematic shorthand, letting the startling facts speak for themselves. Spotlight is not a film of quirky personalities, soulful redemption or cathartic epiphanies. It is a true tale of institutionalized evil and the human wreckage strewn in its crushing wake. Worst of all, we almost let the bad guys get away with it.

What a great reiew of a fabulous movie!!! I'm putting it on the short list to win best cast ensemble as well!!!